Real Madrid forward Eden Hazard has the ability to win the Ballon d’Or, and has only struggled this season due to his injury issues. That’s the opinion of Belgium manager Roberto Martinez, who believes the £88million-man has proven at Chelsea that he isn’t an injury-prone player.

Hazard has been disappointing since moving from Chelsea to Madrid last summer.

The Belgian attacker has only played 15 times in all competitions, scoring just once.

He has seen his debut season at the Bernabeau plagued by injuries, having suffered three separate issued throughout the season.

First, he was kept out of the line-up due to a hamstring injury, before his time in the starting line-up was halted by a hairline fracture in his foot. 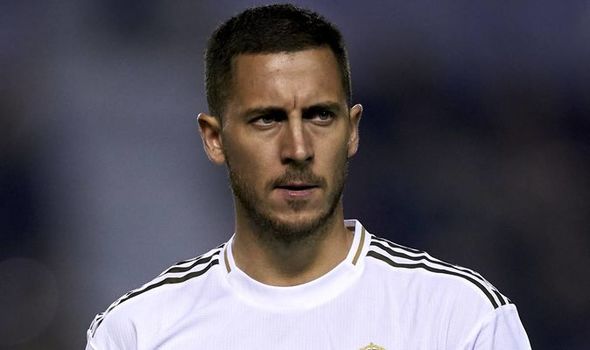 He then returned to the fray, before a fissure of the fibula sidelined him again.

Hazard was due to return to the team before the coronavirus pandemic suspended the season, and will likely return once La Liga action resumes.

And Martinez has reassured Madrid fans that the 29-year-old will be back to his best once the season resumes.

“Hazard is very happy and content within the worry we have as human beings,” he said.

“He’s in a moment of joy and all the steps he has taken, from the medics’s point of view, have been done with a lot of detail.

“He was going to reach the end of the season with Madrid and now he’s much better.

“Now he has the calmness that time brings and huge enthusiasm to bring more joy.

“Without a doubt Hazard will succeed. Sometimes you need a hard start at a new club to really bring everything you have within and understand what a club like Madrid means. 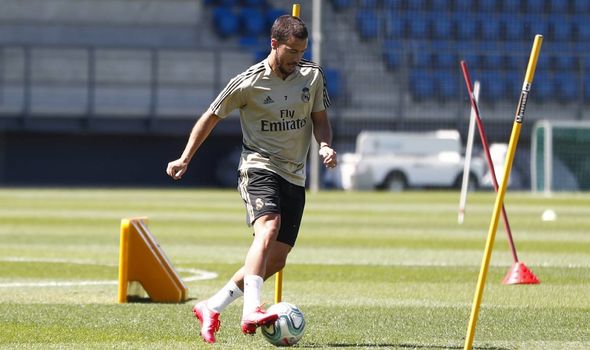 “Madrid fans know he will be very successful. They can be tranquil because he will mark an era.

“There aren’t players like him, he could win the Ballon d’Or.”