PETE JENSON: Confident Real Madrid had one foot out of the Champions League against PSG and Chelsea, and both times jumped back in – that’s their way and they must show the same durability tonight… but Pep Guardiola knows them well

If you are wondering if Real Madrid fear they may have run out of lives in this Champions League, too many epic comebacks already used up, you’d be wrong.

They get to the semi-finals and the smell of the final is too strong to be thinking about anything other than winning it.

Confidence is high and the main talking point has been the odds that make Manchester City such clear favourites – they can’t understand why this isn’t being seen as, at the very least, a 50-50 duel.

City are top of the Premier League but Madrid are a point from winning La Liga with five games left, and this is a competition they have won 12 times more than their rivals tonight. 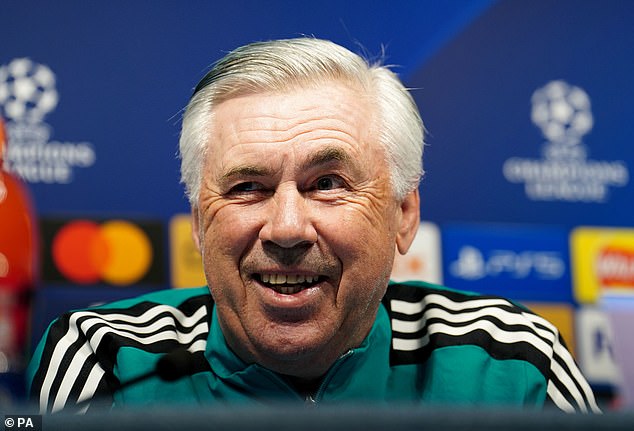 LaLiga might be easier to win this year than the Premier League, Real Madrid have not had to fend off a challenge from Liverpool. Plus the European Cups in the club’s museum don’t have to count for anything if the City players don’t let them but there is still a feeling that Madrid’s tournament pedigree and home advantage in the second leg will see them through.

And that confidence comes without being able to call on Casemiro, who looks set to miss the game. Ancelotti’s reaction to his absence might also be another sign of Madrid’s confidence.

He could choose to pack midfield with Fede Valverde and Eduardo Camavinga joining Toni Kroos and Luka Modric; but some Madrid commentators who are in Manchester with the team and who observed the final training session before today’s game have even speculated that he might start with Rodrygo and Vinicius either side of Karim Benzema.

A 4-3-3 with two wingers to hurt a City defence missing their best options at full-back would be a bold statement and it is one that no one will question such is the confidence coming out of Real Madrid.

The two coaches have also gone head-to-head in a semi-final before and Madrid are drawing confidence too from the fact that it did not end well for Guardiola.

In 2014 his Bayern Munich side dominated at the Santiago Bernabeu but came away with a 1-0 defeat in the first leg, and in the second leg Ancelotti’s Madrid won 4-0 on their way to winning the tournament. 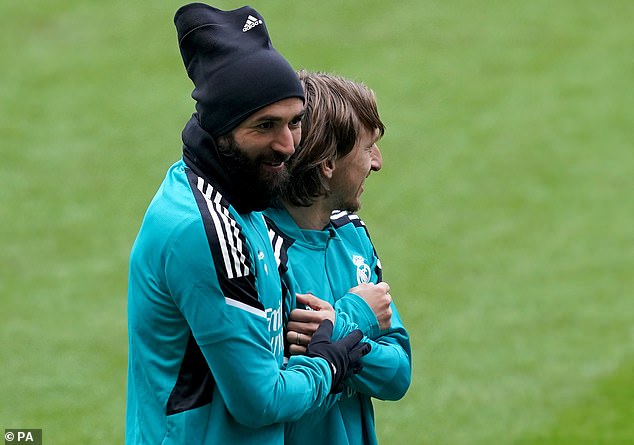 ‘It’s not a success for Madrid to reach the semi-final. Success is reaching the final where we have usually have a good chance of winning it,’ Ancelotti said on the eve of the game.

It was pointed out to him that no one expected Madrid to reach this stage because they did not convince earlier in the season but they were even worse last season and got to the same round.

‘Madrid know how to stay on their feet when it gets difficult and then hurt teams when it’s their turn to attack’, one commentator said last night after Ancelotti’s press conference. 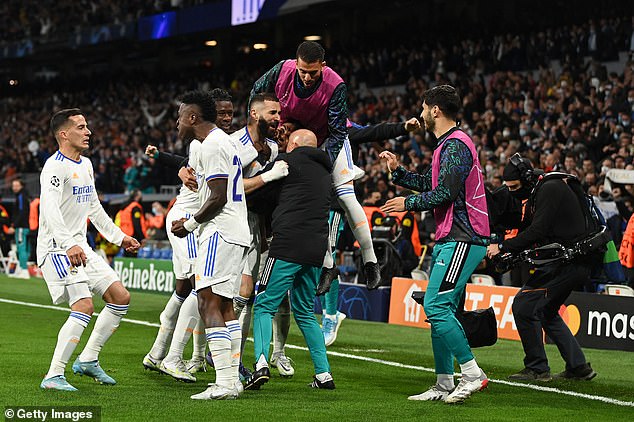 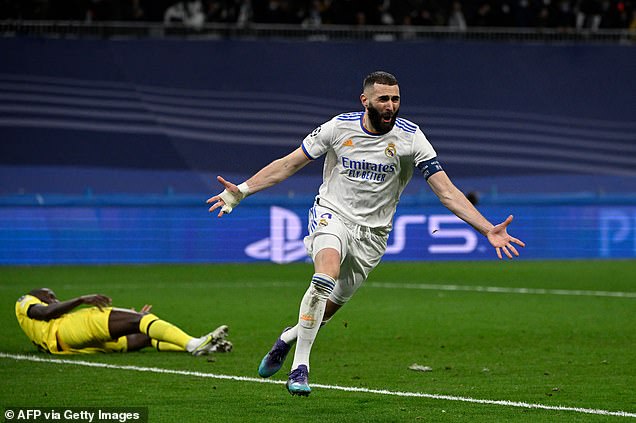 They will need that to get through because it is exactly what Atletico lacked. They failed to keep a clean sheet in the first game and then never took their chances in the second.

Madrid have shown that durability this season against the reigning champions and the richest team in the competition – now they must show it against Manchester City.

They had one foot out of the tournament against Paris Saint-Germain and one foot out against Chelsea and both times they jumped back in. At another club that would ring alarm bells – how can we keep saving ourselves, how often can we pick ourselves from the canvas and still win? Madrid don’t think that way.

The good news for City is that Guardiola knows all about the opponent’s state of mind. He has faced them in 19 games as a coach.

There were 15 matches as Barcelona manager and two each at Bayern and City. He has only lost four of those with 11 wins. He knows the Madrid mentality well, so no one is better placed to make sure City replicate it tonight. 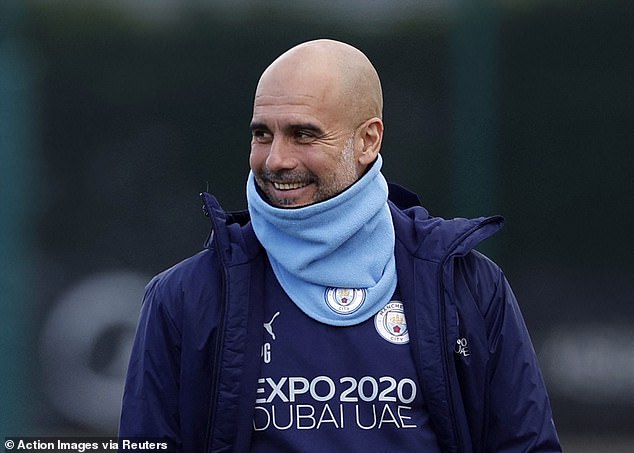