Real Madrid face Barcelona with Zinedine Zidane under pressure after Los Blancos suffered two straight defeats heading into Saturday’s El Clasico. And two potential replacements for the Los Blancos boss are reportedly in the frame ahead of the Nou Camp showdown.

Madrid suffered a shock 3-2 defeat to Shakhtar Donetsk on Wednesday after finding themselves 3-0 down by half-time in their Champions League opener.

That defeat followed an upset last weekend when the LA Liga giants were beaten 1-0 by newly promoted Cadiz.

Head coach Zidane took more than an hour to arrive for his post-match press conference following Wednesday’s loss, and the pressure is growing ahead of Saturday’s meeting with Barca.

Ronald Koeman’s side also lost last weekend, suffering a 1-0 defeat to Getafe, but Lionel Messi and co earned themselves a boost ahead of facing their fierce rivals with a 5-1 win over Ferencvaros in the Champions League on Tuesday.

JUST IN: Real Madrid backed to sign Neymar and Mbappe as Barcelona mocked 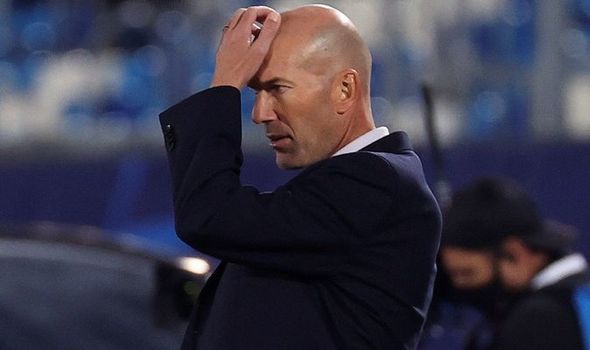 Raul, who is currently coaching Real’s under-19s, counts three Champions League titles and six La Liga crowns among an impressive trophy haul from his 16 years as a player with Los Blancos.

He was brought back to the club to manage reserve team Real Madrid Castilla on Perez’s insistence, after spending time working as a La Liga ambassador in the United States.

The former Spain striker has impressed in charge of the reserves and under-19s, but there are reportedly reservations over whether he is ready to make the step up to managing the first team. 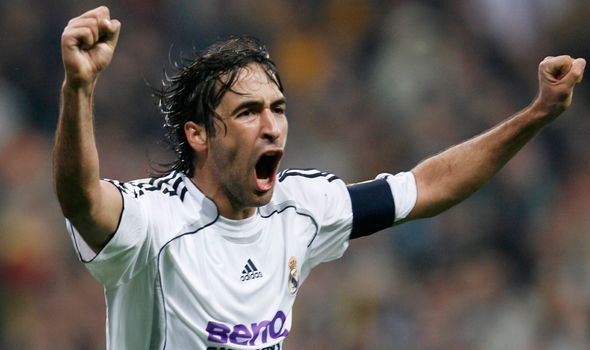 Pochettino, on the other hand, has been linked with the Madrid hotseat in the past and would be a ready-made replacement.

He led Tottenham to the 2019 Champions League final, but they were beaten by Liverpool and Pochettino paid the price for a poor start to the following season when he was sacked and replaced by Jose Mourinho.

The Argentine has not taken a job since, but has also been linked with Manchester United should Ole Gunnar Solskjaer’s time in charge come to an end. 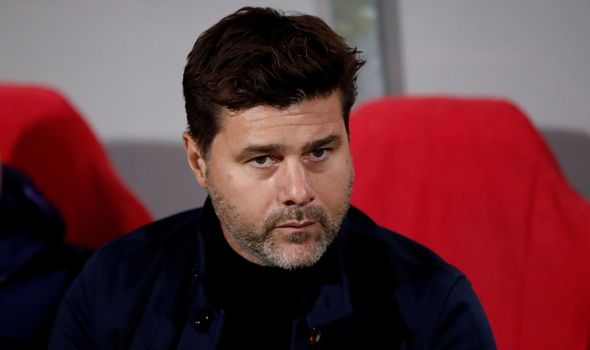 Pochettino has previously outlined his desire to land the Madrid job, saying: “Of course coaching Real Madrid is one of my dreams.

“If it is not the best it is one of the best clubs in the world. I am no different – everyone has it on their dream list.”

Zidane was not able to strengthen his squad over the summer as Madrid felt the financial impact of the coronavirus pandemic.

The 1998 World Cup winner even came under fire from Marca following the defeat to Shakhtar, with the loyal Madrid-based sports paper claiming Los Blancos were “on a freefall”.