Rangnick was left 'UNIMPRESSED' with Mejbri's display at Liverpool

Ralf Rangnick was unimpressed with Hannibal Mejbri’s explosive cameo in Manchester United’s 4-0 defeat by Liverpool, according to reports, with the youngster even reprimanded and dropped back into the Under 23s.

Midfielder Hannibal, 19, was brought on for the final six minutes at Anfield in April with his side trailing heavily against their historic rivals, and promptly picked up a yellow card after making several heavy tackles.

He was perhaps fortunate to escape being sent off, although former United defender Gary Neville later claimed he was ‘proud’ of the academy starlet. 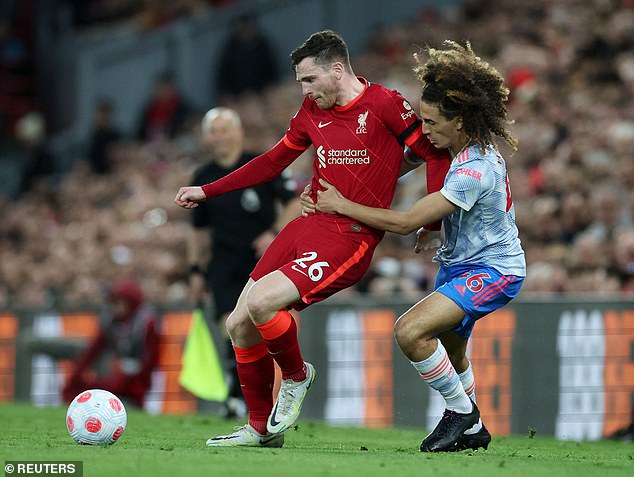 Interim boss Rangnick did not share the same view, however, with ESPN claiming that he was punished and sent back to train with the club’s youth team.

It is believed that the 63-year-old was frustrated by the ‘reckless and erratic’ performance from Hannibal, a full-fledged international for Tunisia.

Indeed, he has not featured in a matchday squad since. 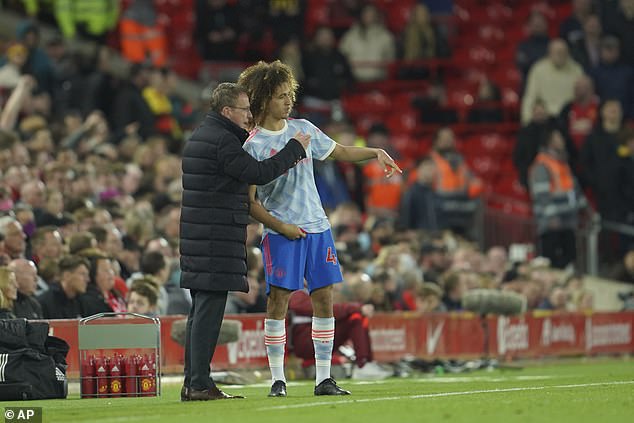 Fellow academy starlets Alejandro Garnacho and Alvaro Fernandez were named on the bench for United’s 3-0 victory over Brentford last time out.

Hannibal was also absent against Arsenal and Chelsea, matches in which the Red Devils lost 3-1 and drew 1-1 respectively to end their Champions League hopes.

Speaking after his old side’s loss, a clearly angered Neville praised the wonderkid.

‘To be fair at least the kid’s showing something,’ he said on Sky Sports. 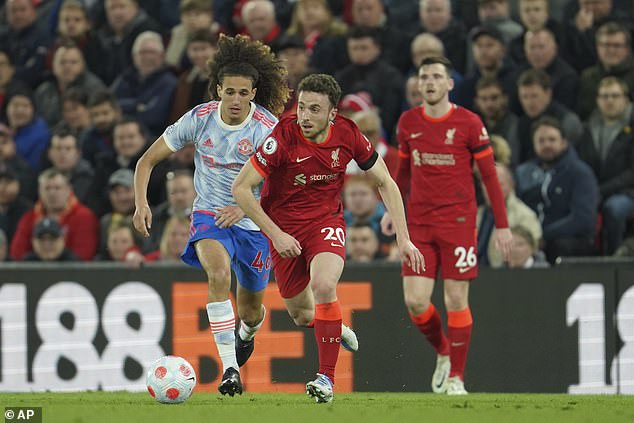 According to reports, Hannibal (left) was punished by being dropped back into United’s U23s 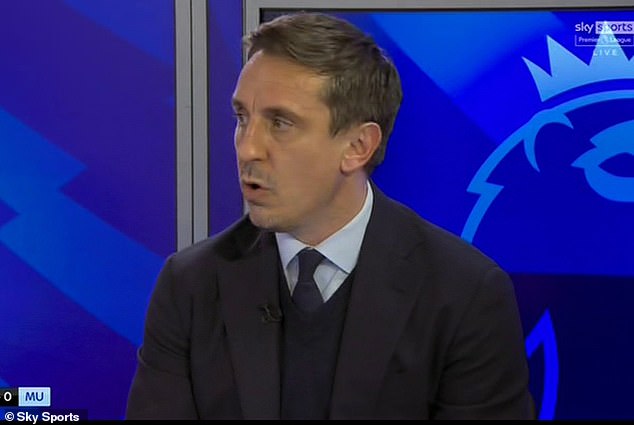 ‘Honestly, it takes a young kid to come on and show the rest of them how to sprint to the ball and put a challenge in. I’m actually proud of him.

‘Maybe he doesn’t like the idea of Liverpool passing around him, I wish the others were the same.’

The player-turned-pundit later clarified his comments, however.

He added: ‘I erred on to the slightly unprofessional side of commentary tonight when I said that the kid [Mejbri]… I was proud of him because he was going around trying to top people and trying to kick people. 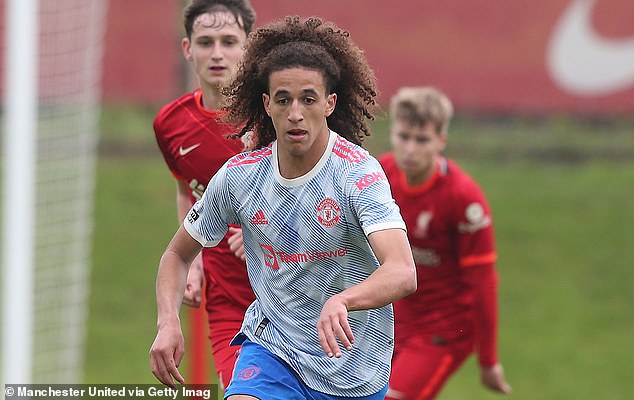 ‘At least he demonstrated something. I am not saying it is brilliant because he could have hurt the Liverpool players, but as a United fan you can respond to that.’

Hannibal has been tipped to enjoy a bright future at Old Trafford and will hope to impress new manager Erik ten Hag, who takes up the reins at the end of the season.