Rob Holding was mercilessly ripped by his Arsenal team-mate Aaron Ramsdale after scoring the first Premier League goal of his career in their crucial win over West Ham.

And his goalkeeper clearly believed his restored locks had something to do with the towering header that put Arsenal ahead just before half-time at the London Stadium. 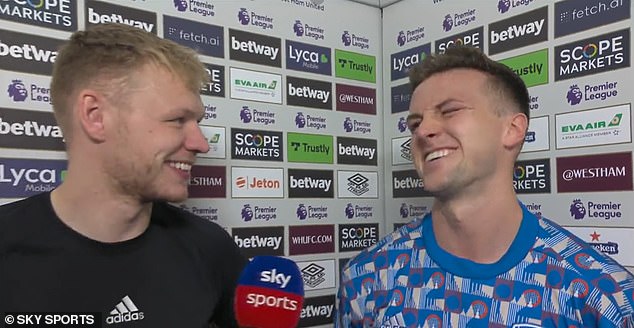 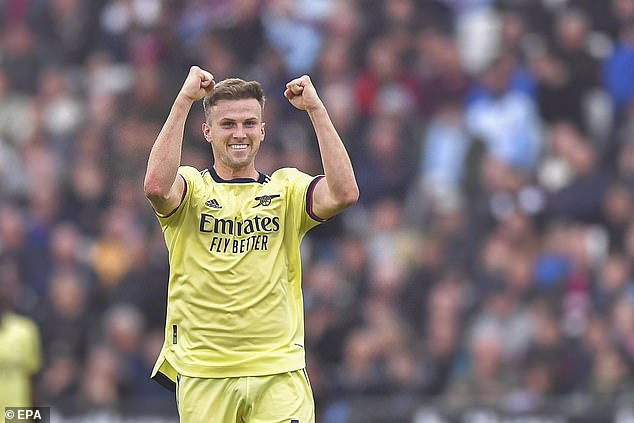 Though Jarrod Bowen equalised shortly afterwards, Gabriel scored a second-half winner to move Arsenal back above their north London rivals Tottenham into fourth.

Speaking on Sky Sports after the win, Holding said: ‘I’ve scored a few Carabao Cup goals but it’s nice to get my first Premier League goal and hopefully I can build on that and get some more.’

Ramsdale, standing next to him, couldn’t resist and added: ‘It’s only taken six years and a new hairline!’

Holding did see the funny side as both players laughed out. ‘Come on, mate,’ the defender said.

Sky reporter Geoff Shreeves intervened to tell Ramsdale not to ‘spoil his moment’. 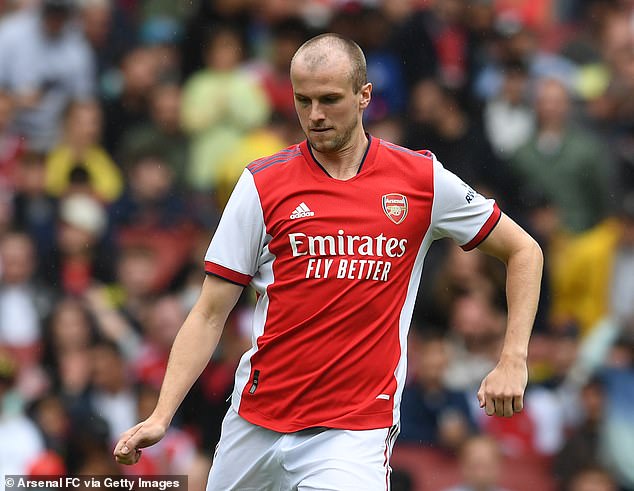 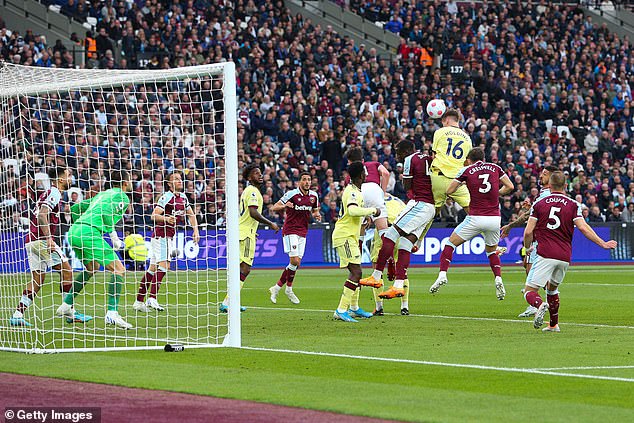 Holding has previously spoken out about how his hair loss affected his mental health.

Back in October, on World Mental Health Day, he wrote on social media: ‘I struggled so much with my hair and self confidence. I have had so many messages about where I have had my procedure.

‘Wimpole Clinic in London treated me so well and I’m so happy with the results.

‘I have so many messages of other people affected by simple mental health issues and self confidence issues, I couldn’t recommend this place enough, let’s all be better.’ 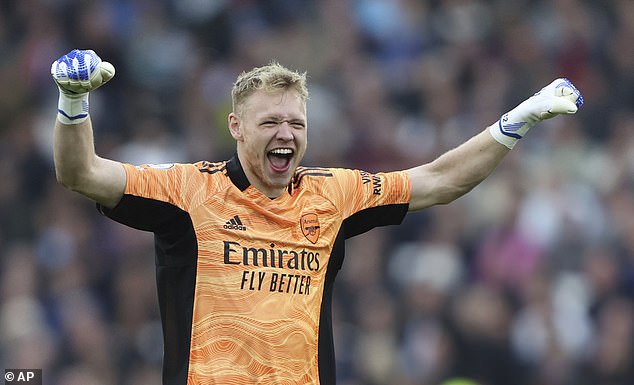 It isn’t the first time Ramsdale has teased Holding over his hair.

In March, during a promotional interview for FIFA 22, the England international goalkeeper looked at the centre-back’s 77-rated card, which featured a picture from before his hair transplant.

Noting the difference between then and now, Ramsdale said: ‘The hair transplant’s done you wonders!’

Tottenham’s 3-1 win over Leicester earlier on Sunday afternoon had restored them to fourth but Arsenal held their nerve thanks to two goals from their defenders to return into the Champions League places.