Real Madrid’s woes continued with a 5-1 defeat to Barcelona in El Clasico on Sunday and it was an especially chastening experience for Sergio Ramos.

The Real captain was subjected to taunts from Barcelona supporters, who chanted: ‘Sergio Ramos, hijo de puta’ (Sergio Ramos, son of a b*tch).

As reported by Give Me Sport, Ramos received support from an unlikely source, with Barcelona’s Gerard Pique waving his finger at the Nou Camp crowd in an attempt to stop the chants. 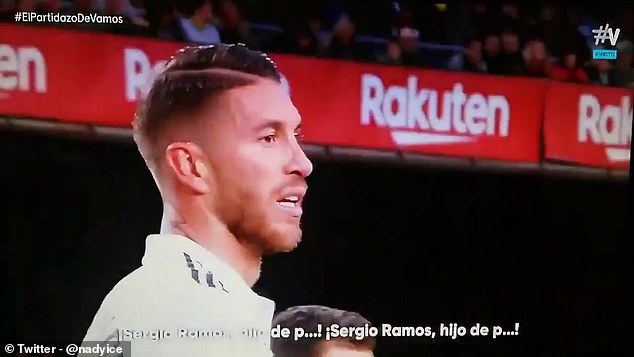 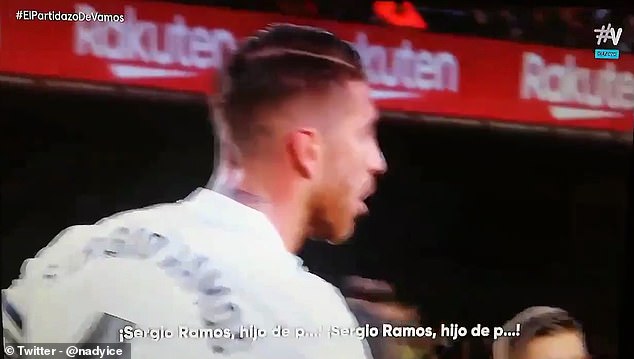 Barcelona fans chanted ‘Sergio Ramos, son of a b*tch’ at the defender during the game

Piqué tells the Barca fans who were cursing Ramos to stop. I love you, @3gerardpique! ?❤ pic.twitter.com/uQC0MhQME7

Barcelona took the lead through Philippe Coutinho before doubling their advantage when Luis Suarez found the net.

Marcelo reduced the deficit for Real, but Barcelona then took control of proceedings, with Suarez completing his hat-trick and Arturo Vidal also getting on the scoresheet. 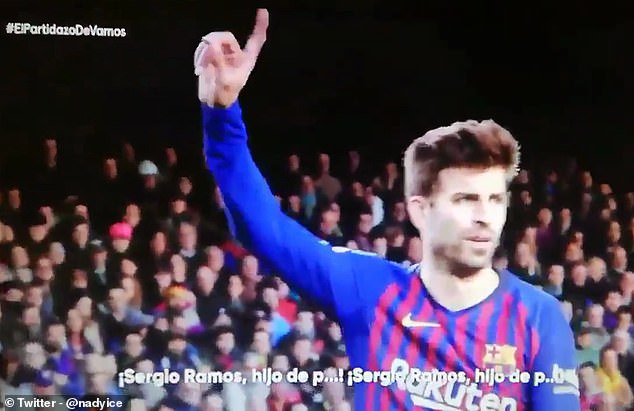 Real have now lost five of their last seven games in all competitions, and it seems inevitable that manager Julen Lopetegui will be sacked.

It is anticipated that former Chelsea manager Antonio Conte will replace Lopetegui, and if he does take over then the Italian must act quickly as he attempts to improve the fortunes of a team that are in ninth place in La Liga.

Real are back in action on Wednesday night when they face Melilla, of the third tier, in the Copa del Rey.