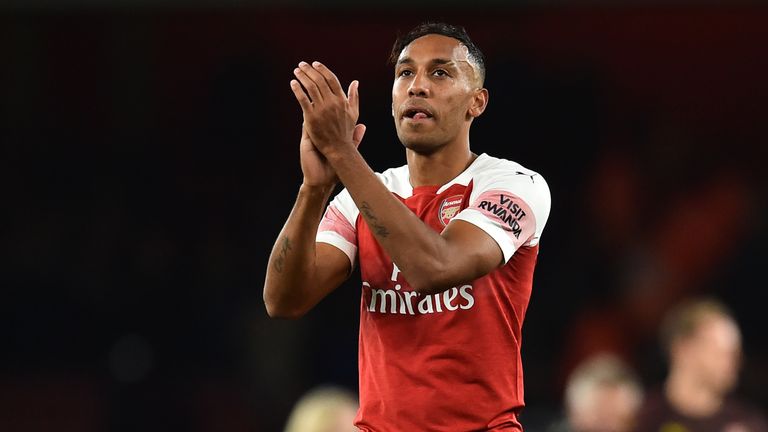 From back to front, with 14 passes and a dummy, Arsenal’s third goal in the 3-1 win over Leicester was simply superb.

Mesut Ozil was at the centre of the move midway through the second half, with a fine flick in midfield, followed by a dummy and eventual assist for sub Pierre Emerick-Aubameyang to turn home into an empty net.

It gave Arsenal their seventh win in a row in the Premier League, and their 10th in all competitions under new manager Unai Emery.

Co-commentator and former Arsenal striker Alan Smith said: “Once they turn on the style in that fashion, they can be irresistible. Ozil has been brilliant, and it’s absolutely sensational stuff. They’ve completely blown Leicester away.

“He may be brought in and out of the team by Emery, but when he’s in this kind of form, showing this kind of class, you wouldn’t want to leave him out.”

Watch the goal in the video above