Ousmane Dembele has been a £96m flop so far at Barcelona

Ousmane Dembele has been a £96m flop so far at Barcelona after turning up late and failing to adjust to Ernesto Valverde’s style of play… but will the Catalan giants really cut their losses?

Having played only 16 minutes of the Clasico at the weekend, Ousmane Dembele will be back in the Barcelona starting XI on Wednesday… but it will be at third division Cultural Leonesa’s 11,000-seat stadium in the last 32 of the Copa del Rey – and he will be surrounded by youth team players and reserves.

Eighteen months on from his £96million move to Barcelona, the second most expensive player in the club’s history still seems far from convincing everyone at the club that he was worth the money.

Manager Ernesto Valverde did little to hide his dwindling patience with the 21-year-old when he spoke after Barcelona’s win over Inter Milan a week ago. 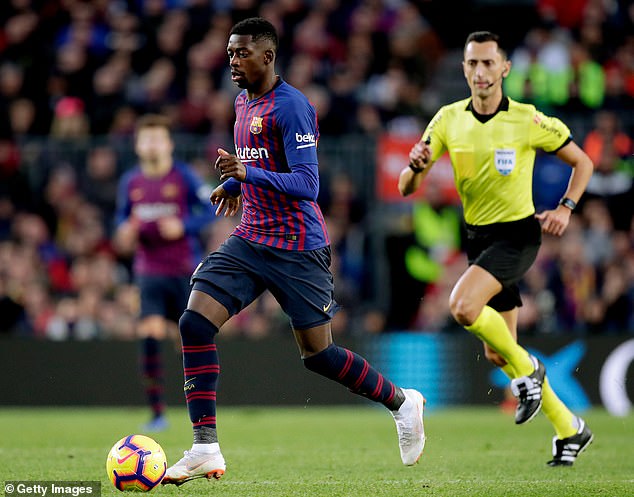 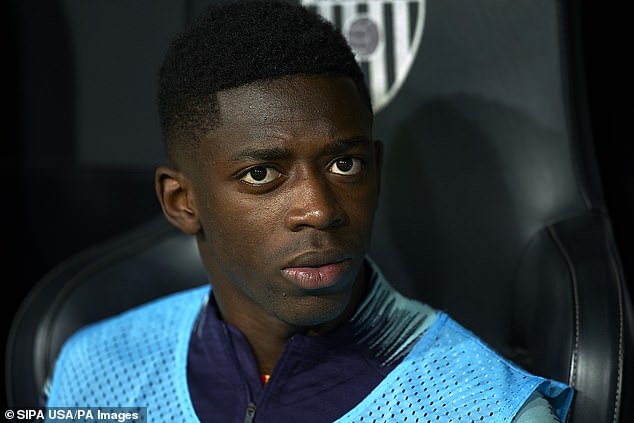 Asked if Dembele turning up late for a team meeting had been what cost him his place in the team that night, he said: ‘Arriving late one day is not important. I am more worried about football matters.’

Valverde said he ‘did not know’ if Dembele had turned up late or not. He said the French winger was present in the team talk. But he had already said in the pre-Inter press conference, when asked about Dembele giving the ball away after he replaced the injured Lionel Messi against Sevilla, that: ‘everyone loses the ball, the question is what you do after you lose it.’

What Dembele does after losing the ball is often too little. Back in the day when Pep Guardiola demanded the team win back possession within six seconds, he would have probably already been sold. Or perhaps never bought.

At Borussia Dortmund, his explosive pace and ability to shoot with both feet were what made him a huge prospect but there was an anarchy about his football that doesn’t always fit at the Nou Camp. 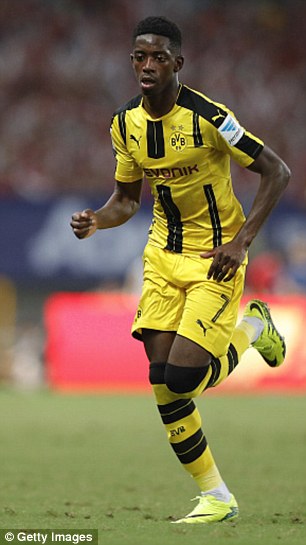 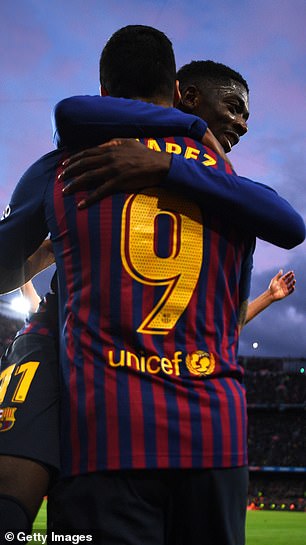 For now we are in a constant cycle of leaked stories about the possibility that he could be loaned out or even sold at the right price and subsequent denials that the club are even considering cutting their losses.

Reputable and well connected RAC1 radio suggested the former this week and then just two days later the story was shot down.

‘He is a world champion at 21,’ wrote one Mundo Deportivo columnist on Wednesday. ‘Sooner or later we are going to see his explosion as a player,’ added Diario Sport.

The season started well for him. He scored in the Spanish Super Cup final and he scored a further four goals as he started nine games on the bounce. But as Barcelona struggled to control games and Valverde began picking Arthur Melo to reinforce the midfield, Dembele was the fall-guy. 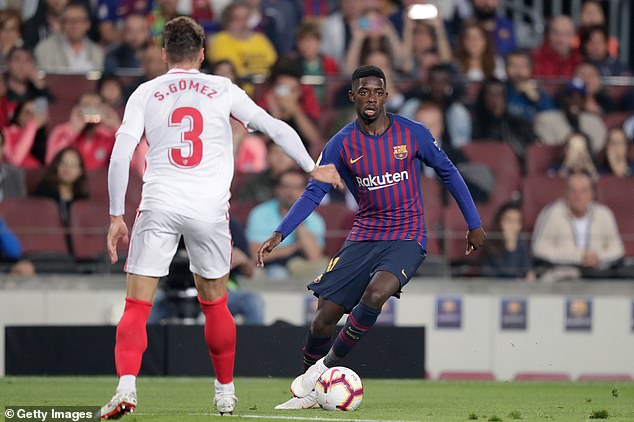 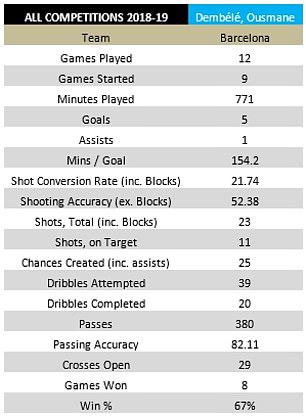 He didn’t play at Wembley against Tottenham and has not got back into the team since. Insiders say he took the knock-back badly, feeling it totally unmerited after he had started the campaign so well.

Messi’s injury gave him a chance against Sevilla but after frustrating Valverde with the time he took to strip for action, he then exasperated Luis Suarez by failing, on several occasions, to pick him out unmarked in the area.

In one telling play, Suarez hit a long pass from the edge of his own area to Dembele on the half way line and then set off for the penalty area in the hope that he would get on the end of the move he had just started. Sure enough Dembele raced clear of the Sevilla defence but instead of picking out Suarez, he blasted over leaving the breathless Uruguayan cursing his team-mate.

Dembele is popular enough at the club. It was a fantastic gesture earlier in the season when he honoured his friend Abdelhak Nouri by displaying the Ajax brain injury victim’s name on his boots during that hot streak of scoring form.

Nouri collapsed in an Ajax pre-season friendly against Werder Bremen in October 2017. The 21-year-old midfielder had suffered a cardiac arrest and was flown in a helicopter straight to intensive care and placed in an induced coma. A friend of Nouri, Dembele even invited his brother to the Nou Camp for a Champions League game.

He has also pulled himself together off the pitch. He looked mentally exhausted when he turned up at the start of last season so close the beginning of the campaign. And with no pre-season it wasn’t a surprise when he picked up a hamstring injury that sidelined him for close to four months. 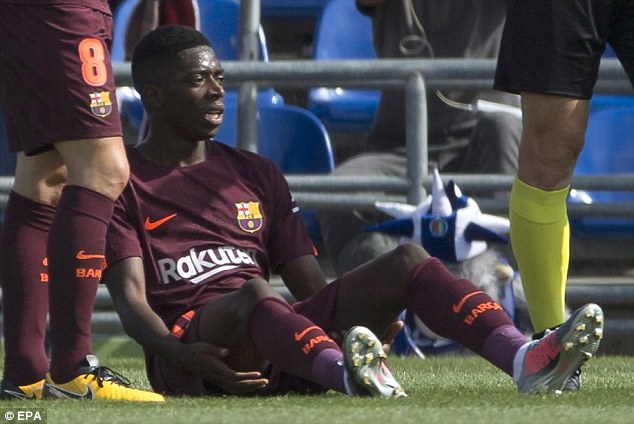 With too much time on his hands while recuperating, the club became concerned that he was eating badly and designated him a private chef to ensure his diet was as good as it would have been had he been eating every day at the Joan Gamper training ground – without the full cooperation of the player it was not a plan that lasted long.

But he has grown up fast in a short space of time. Off-field habits are improving and the injury problems look to be behind him. All that’s missing is a permanent place in the team. On Wednesday night he gets another chance to stake a claim.

It may be that ultimately his lightning pace and shooting ability will make him a more important player at somewhere like Liverpool – under his former coach Jurgen Klopp – than he will ever be long-term at Barcelona.

But for now no one is going to pay anywhere near the price Barca paid for him so he must continue to try to make it work where he is. And hopefully prove that it’s not too late.