Ole Gunnar Solskjaer must find Manchester United’s answer to Ruben Dias in the summer transfer window. The Red Devils missed out on the chance to claim European silverware on Wednesday evening, losing on penalties to Villarreal as old problems resurfaced for Solskjaer’s side.

Gerard Moreno gave Unai Emery’s men a first-half lead after converting from close range inside the penalty area. This was the 18th time this season that United have conceded from a set-piece and has become an issue that has ultimately defined the club’s season.

United could not keep pace with Manchester City in the race for the Premier League title, eventually finishing 12 points behind Pep Guardiola’s side.

The Sky Blues endured a torrid start to the season and found themselves 11th after eight games played, eight points adrift of leaders Tottenham Hotspur.

But the team’s fortunes soon began to turn as summer signing Dias adjusted to his new surroundings and demonstrated just why he had been purchased from Benfica. 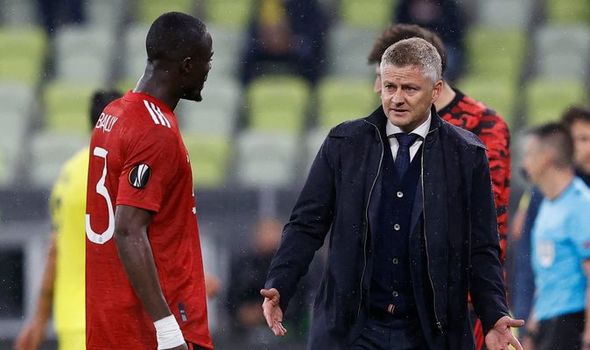 City’s 2-0 defeat to Spurs on November 21st proved to be the turning point as the team then went on a run of conceding just two goals in 13 Premier League matches.

Guardiola’s side had suffered a 5-2 home defeat to Leicester City in late September with Eric Garcia and Nathan Ake as a centre-back pairing. Quite the contrast to the solidity Dias later provided.

In United’s case, defensive vulnerability was something also in need of attention but was not adequately addressed.

Only Leeds United (15) conceded more goals from set-piece situations than the Red Devils (14), which goes a long way to explaining why Solskjaer’s side fell short in their bid for top spot.

United shipped 44 league goals in 2020/21, with set-pieces accounting for 31 per cent of these strikes.

By contrast, City had the second-best record in the division for goals conceded from set-pieces (6).

Dias proved to be a major part of the team’s aerial prowess and defensive positioning and his performances resulted in him being named the Football Writers’ Player of the Season.

For United to have any chance of putting together a title charge next campaign, they must now find their own transformative figure.

Villarreal centre-back Pau Torres and Real Madrid’s Raphael Varane are two names that have been discussed as potential targets for the Red Devils.

It’s anticipated that either Victor Lindelof and Eric Bailly will suffer the consequences of a new arrival, as the club searches for a player to partner captain Harry Maguire.

Solskjaer is certainly aware of the team’s issue with set-pieces and admitted earlier this year that it is something United ‘suffer’ from.

“In big games against good players and good teams we lose that bit of focus. It’s a big part of football – so many goals are conceded from set plays,” he said.

“We do have a good record of winning the first ball, but when we don’t it seems like it goes in every time. It’s something that we have addressed, that we need to do better at; we seem to suffer [badly] from this. When we don’t get the first contact we have been punished quite severely and more often than anyone else.”