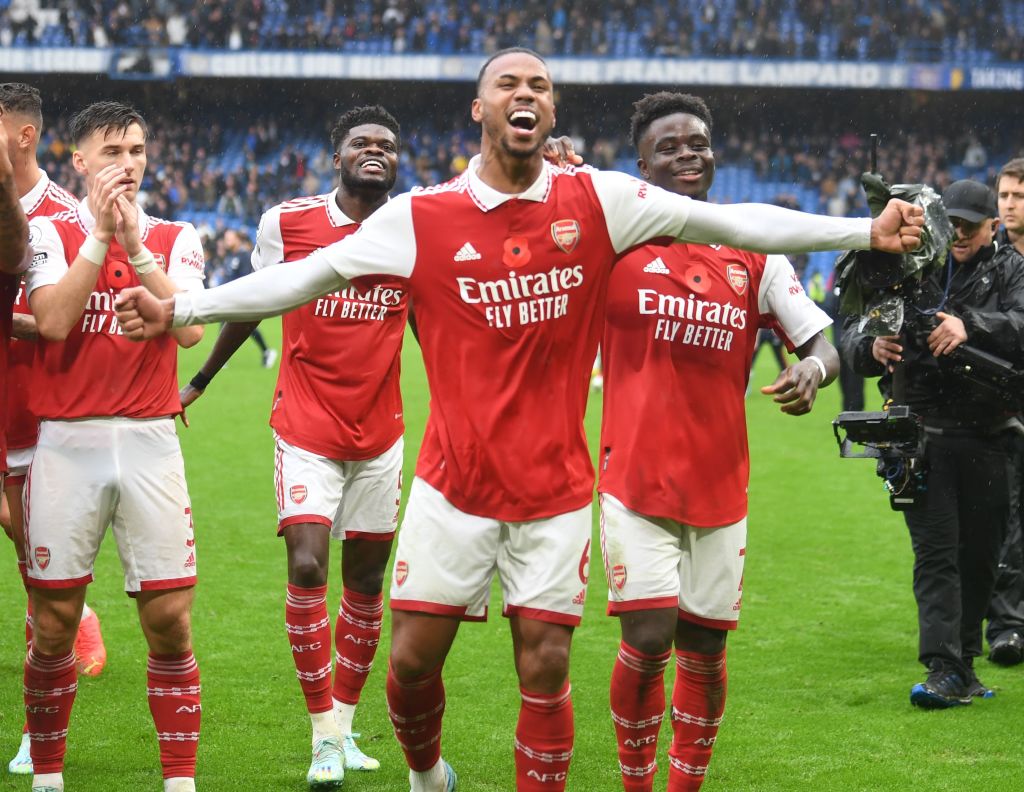 Arsenal star Gabriel couldn’t resist a cheeky dig at former team-mate Pierre-Emerick Aubameyang after he consigned Chelsea to a London derby defeat against the Gunners.

The defender scored the only goal of the game as Arsenal continued their title charge with an impressive 1-0 win away at Stamford Bridge.

The build-up to the game had been dominated by the fact that Aubameyang was facing his former side for the first time since his departure last January.

The Gabon international was stripped of the captaincy and allowed to join Barcelona after falling out with Mikel Arteta.

Aubameyang recorded a pre-match promo in which he said he was ‘ready’ for the fixture and that it was ‘nothing personal’ now that he was playing for rivals Chelsea.

Granit Xhaka was the only former Gunner to fully embrace Aubameyang during the pre-match handshakes and the forward endured a difficult afternoon before being replaced midway through the second half.

Gabriel marshalled Aubameyang throughout and he had the perfect opportunity to take a dig at his former team-mate after he earned his side the victory when he nodded in Bukayo Saka’s corner.

The Brazilian took to Twitter and cited Aubameyang’s BT Sport promo and reminded him that ‘London is Red’.

NOTHING PERSONAL .. LONDON IS RED â¤ï¸

‘NOTHING PERSONAL..LONDON IS RED,’ Gabriel wrote in capitals.