The 19-year-old is expected to leave Dortmund in the summer with Manchester City, Real Madrid, and Liverpool among a number of European giants interested in landing the Englishman. 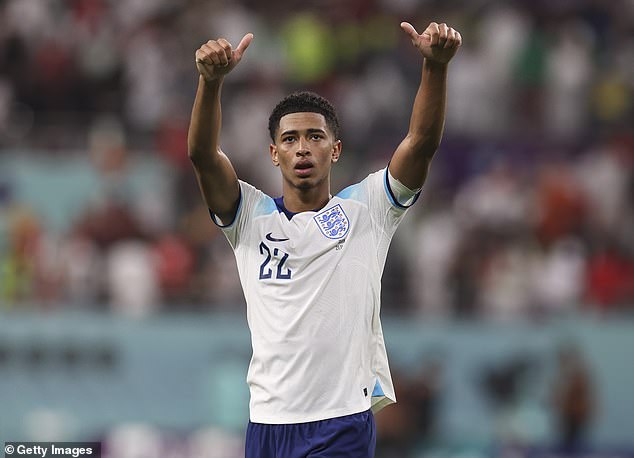 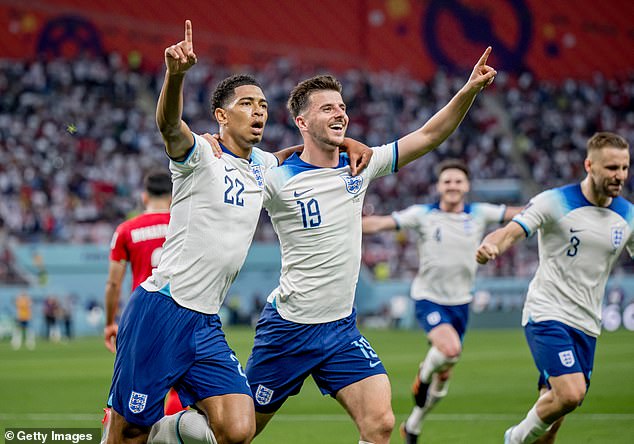 De Jong outlined his belief that Bellingham would adapt to life better in the Premier League compared to former Borussia Dortmund team-mate Jadon Sancho due to the midfielder having a ‘far better head on his shoulders’. 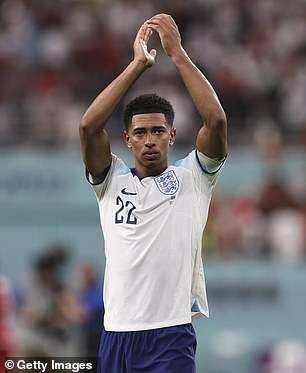 Bellingham is expected to leave Borussia Dortmund in the summer

The Dutchman said: ‘I think [he’s ready for the Premier League] as well, but I would prefer him to go to Bayern Munich because that’s the extra step in the development of a player, structure-wise but also playing for the big prizes.

‘I don’t want to disrespect Dortmund in that sense, but as an organisation Bayern is the pinnacle when it comes down to it.

‘If I’m really honest with you and I look at the personality Jude Bellingham has already at 18 or 19 years old, he has by far a better head on his shoulders [than Sancho].

‘When it comes down to the humility that he has but also the cleverness and intelligence that he has, knowing what it takes in order to be the best midfielder in the world. 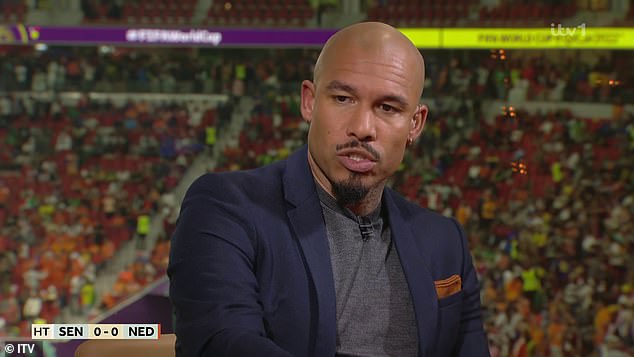 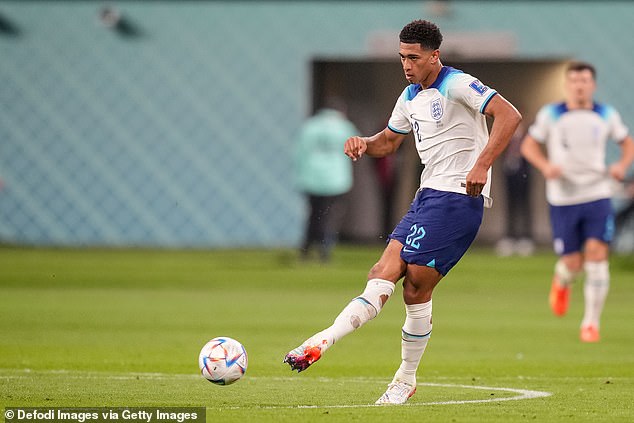 ‘And I think he’s the hottest prospect [in Europe] – especially after this World Cup!’

Bellingham will follow in the footsteps of fellow countryman Jadon Sancho should he make the switch to depart the Bundesliga for Premier league football. 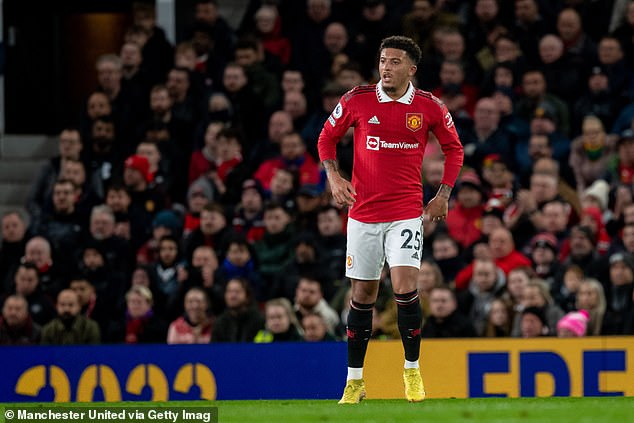 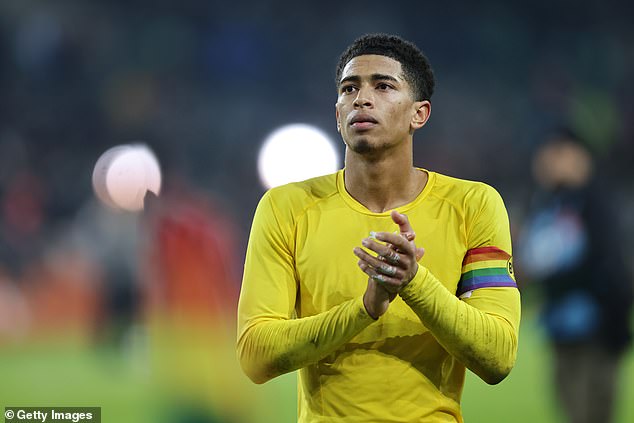 Sancho left Dortmund to join Manchester United for £73million in 2021, but has struggled to live up to expectations with the winger being dropped at both club and international level with England.

Suggestions that Bellingham will likely become one of football’s most expensive-ever transfers boomed after his stunning solo performance as fans quipped that the former-Birmingham player will cost ‘£200million’.