Meanwhile in the North East, they are falling like flies. Schar looks like he is able to continue but Leeds have been forced into a change with Diego Llorente making way fro Pascal Struijk.

What a start this is at Selhurst Park! Two goals in under 10 minutes and West Ham level, with Pablo Fornals playing a delightful chipped ball to the byline for Michail Antonio to play across goal, allowing Tomas Soucek to nod home.

Meanwhile it is a stunning start for Palace. Christian Benteke cleverly flicking a ball into the path of Wilfried Zaha who from the edge of the box drills in a low shot into the bottom corner. 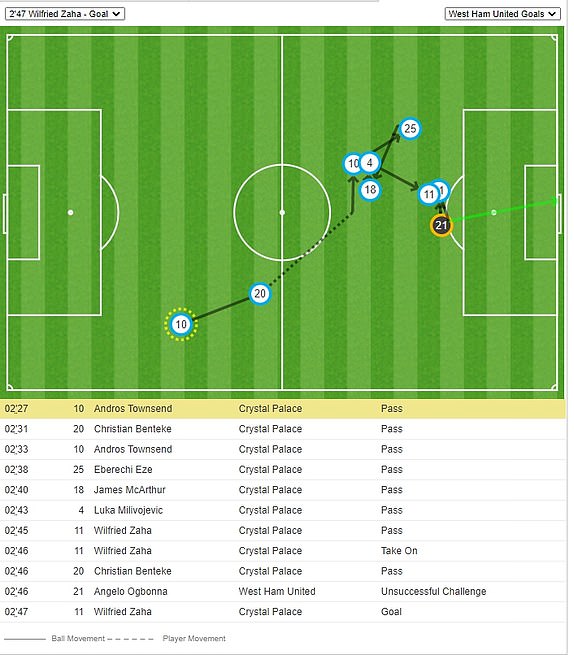 Already problems for Newcastle United. Fabian Schar has endured shoulder issues this season and after landing awkwardly on it, he is in some discomfort as he needs treatment. 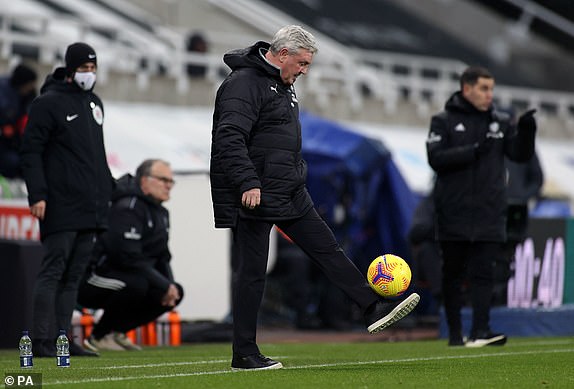 A full mid-week round of Premier League fixtures is about to get underway, with a little bit of drizzle present at Selhurst Park.

Yet it is unfair to call these mid-table clashes only. For instance a win for West Ham United will take them into the top four for at least a short period, while another defeat for Newcastle will leave them on the brink of a relegation fight the way their form is going. Should Leeds win, they are going nowhere as they are four points behind 11th placed Arsenal. 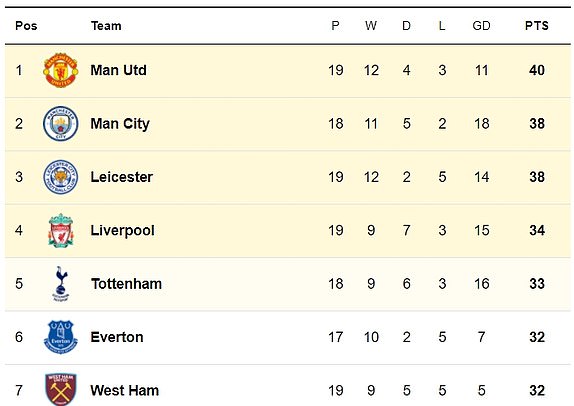 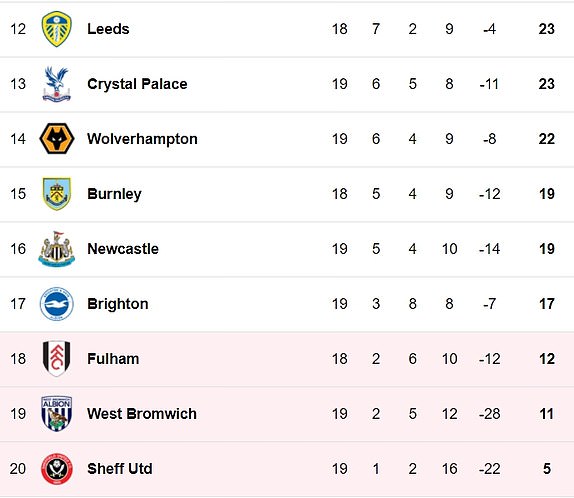 It’s only just aabove freezing in the North East, but it is a more milder (at least for this time of year, six degrees) down at Selhurst Park.

Either way, gloves and snoods are the order of the day pre-match. 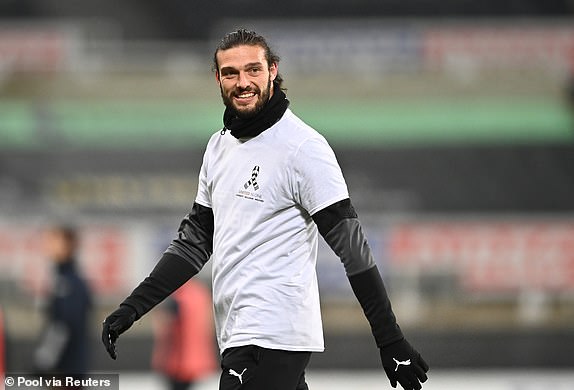 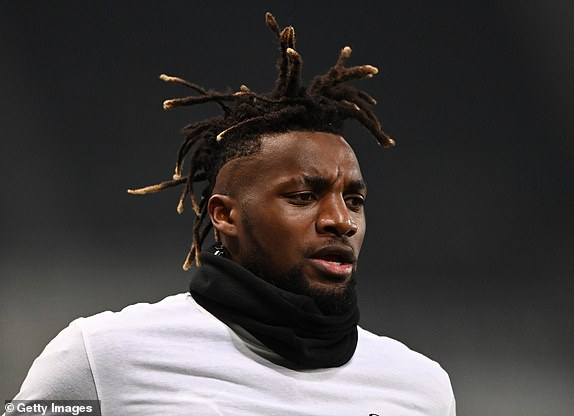 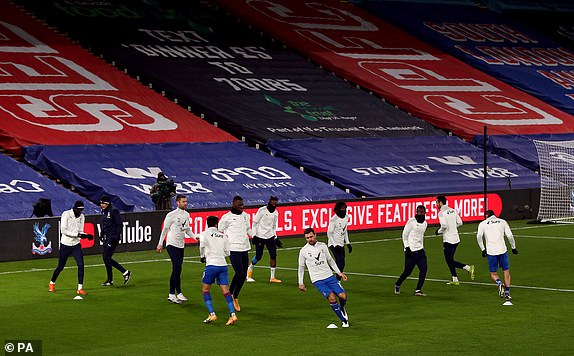 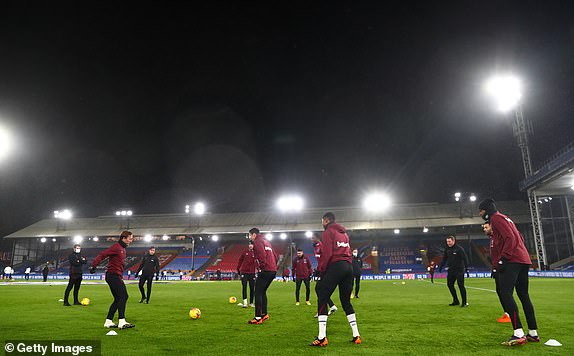 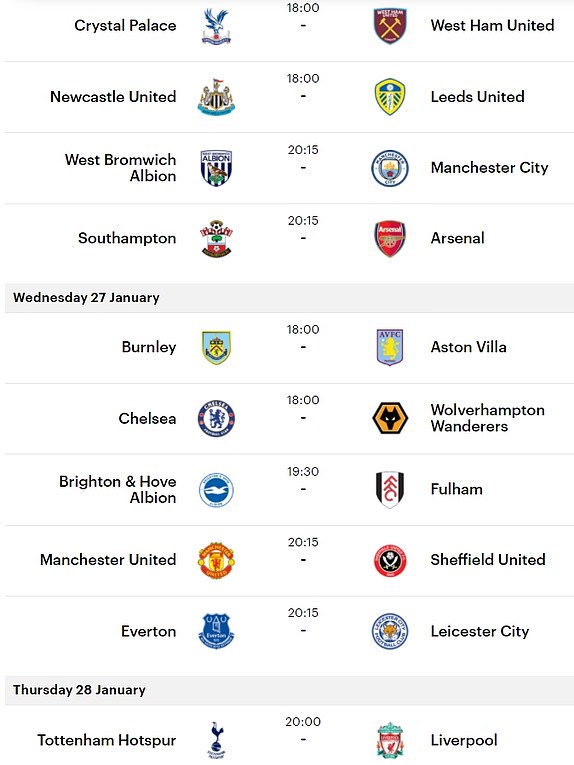 West Ham meanwhile tinker with one alteration from their Premier League win against West Bromwich Albion a week ago as Pablo Fornals comes in for Manuel Lanzini. 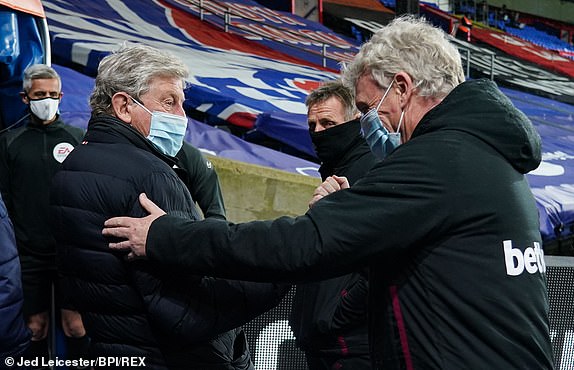 Both teams come into this game in rotten form with Newcastle looking for a first win in 10 matches as they make two changes to the team beaten 2-0 at Aston Villa on Saturday.

Leeds meanwhile have lost their last four in all competitions without scoring and ten days after losing 1-0 at home to Brighton they make three changes, with Illan Meslier back in goal to replace Casilla while Kalvin Phillips and Diego Llorente come in for Mateusz Klich and Pascal Struijk. 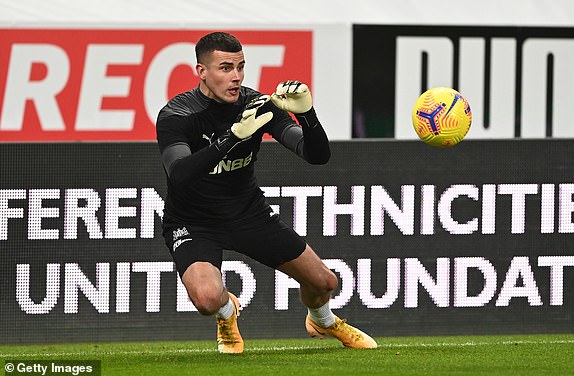 It was the FA Cup just last night as the headline act, but now we are back to the Premier League and too right as well because we have a schedule to catch up with and not many weeks to play with.

So welcome to our live coverage of the top flight this evening, with hopefully two cracking games on our radar as Newcastle host Leeds and Crystal Palace entertain West Ham United in a local derby. Team news on the way next. 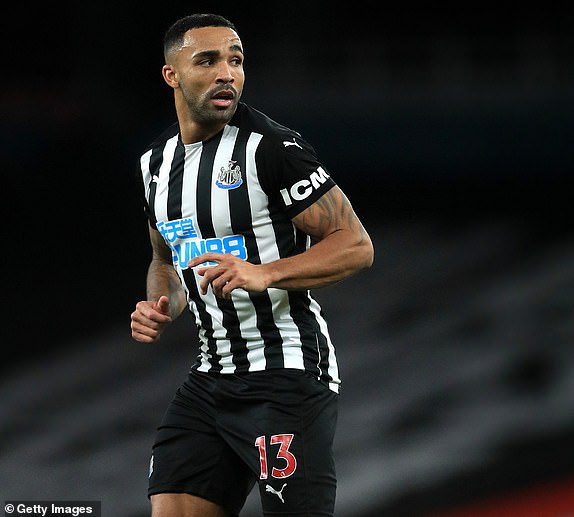 Newcastle United will be aiming to get out of a slump which has seen them go winless in 10 games as they host Leeds United at St James’ Park to help begin the evening’s Premier League action.

Elsewhere, Crystal Palace welcome West Ham to Selhurst Park in a London derby as the in form  Hammers chase a win which take them into the top four.