Zlatan Ibrahimovic scored in his fifth straight game and added an assist as the Los Angeles Galaxy kept their play-off hopes alive with a 3-1 win over Minnesota on Sunday.

Ibrahimovic got his 22nd goal of the season with a header off a cross from Rolf Feltscher in the 30th minute and joined Roy Lassiter (1996) as the only other Major League Soccer player with two five-game goal-scoring streaks in the same season.

With Real Salt Lake losing in Portland in their final game, the Galaxy can make the play-offs with a home win over Houston next weekend. 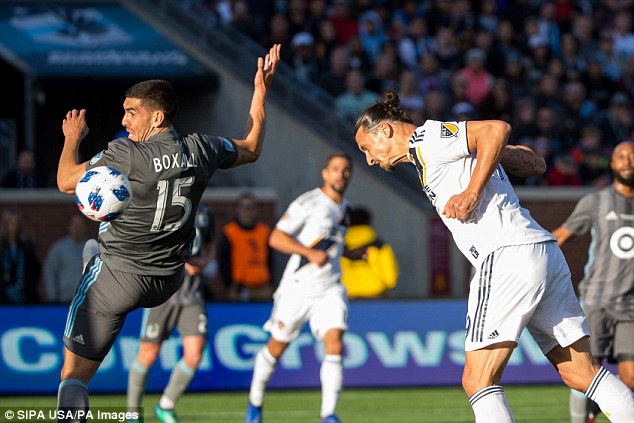 Ola Kamara made it 2-0 in the 50th minute, tapping into an open goal after being teed up by Ashley Cole, before Ibrahimovic set up Romain Alessandrini to make it three a minute later.

It was the 12th goal for Kamara and Alessandrini got his 11th when he volleyed a perfect ball from Ibrahimovic.

Angelo Rodriguez scored his fourth for Minnesota (11-19-3), which played before a club-record 52,242 fans in its last game TCF Bank Stadium, in the 53rd minute. The Loons move into a new stadium next season. 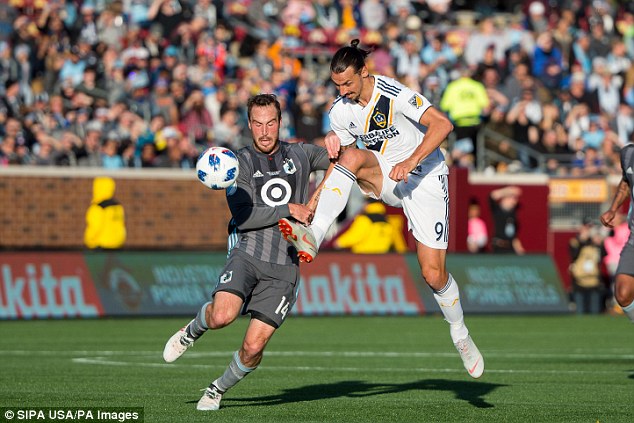