Milner, Lallana and Wijnaldum made 0 tackles in shock loss to Red Star

Liverpool’s dreadful display in their defeat to Red Star Belgrade on Tuesday night can be summed up in one statistic – zero succesful tackles in midfield.

Jurgen Klopp’s side lost 2-0 in a major setback to their Champions League ambitions, with disappointing displays across the board by the entire squad.

In midfield, Klopp played a three of James Milner, Gini Wijnaldum and Adam Lallana, the latter returning from an injury lay-off. 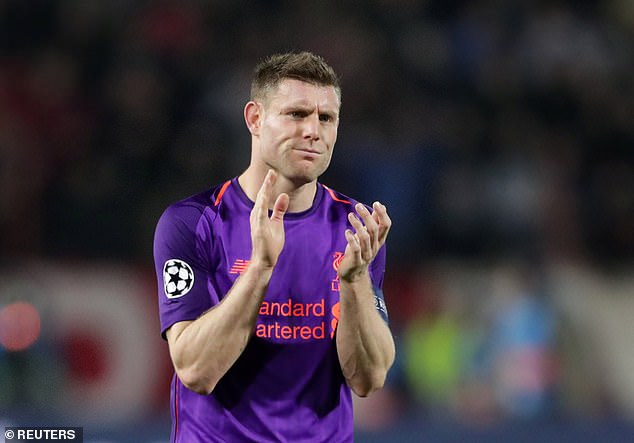 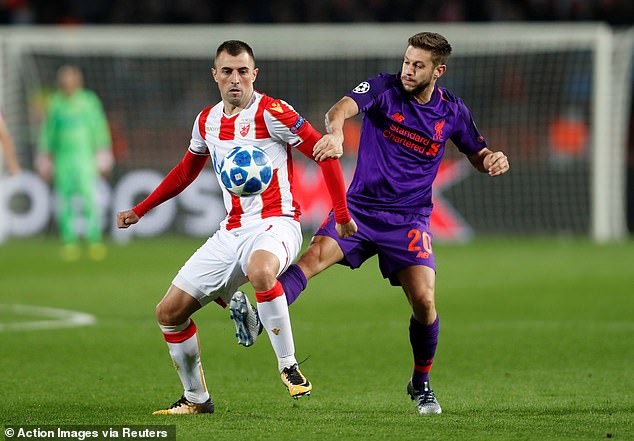 Adam Lallana, James Milner and Gini Wijnaldum were unable to assert themselves in Serbia 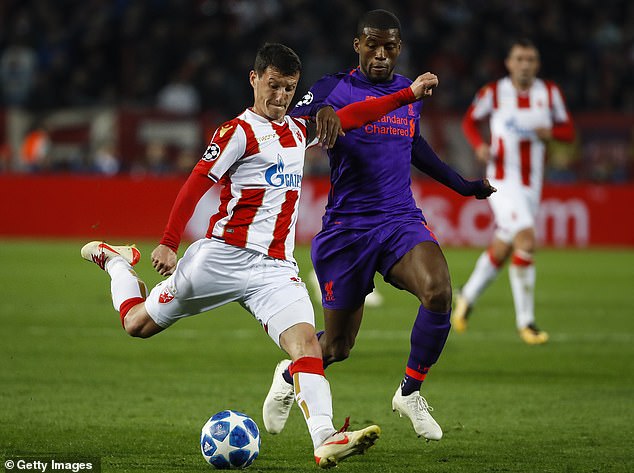 However neither Lallana nor his team mates did themselves any favours as, according to the official UEFA website and stats website WhoScored, all three failed to record a single tackle during their time on the pitch.

Milner and Wijnaldum played the full game, while Lallana was substituted off in the 79th minute and replaced by Divock Origi.

While there may be some excuse in the fact that Liverpool dominated possession – 63 per cent – it is factors such as an inability to stick their tackles which infuriated manager Klopp after the game. 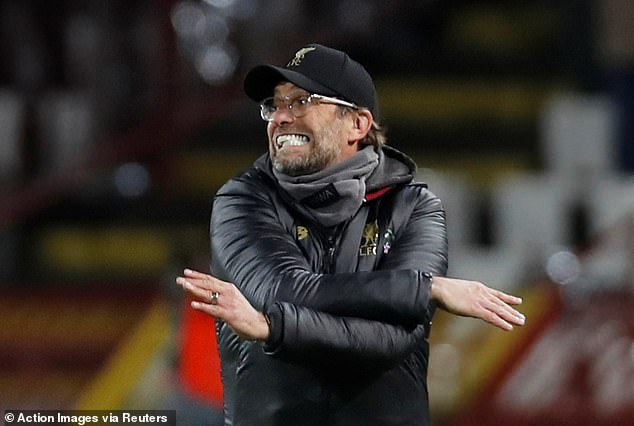 Liverpool were overwhelmed in the early stages by a sharp Red Star side, who scored twice in the first half an hour and then held onto their advantage.

After the game Klopp was asked to put his finger on what went wrong. He replied: ‘I only have 10 fingers.’

He was so unhappy, both Trent Alexander-Arnold and Daniel Sturridge were substituted off at half time.

Liverpool are second in Group C with six points, level with leaders Napoli. PSG have five, and Red Star four following their first victory of the pool.