Kevin De Bruyne, Mohamed Salah, Anthony Martial. It has seemed for many months now that this trio of artistic talents would become linked by a shared experience under Jose Mourinho.

Disregarded as being ill-suited or unripened for the pragmatism and immediacy of his methods, only to return to face him for new teams and prove patience would have been a virtue.

Yet Martial’s story with Mourinho is not run and at Stamford Bridge on Saturday we saw the tantalising prospect that it might yet follow a different, unseen trajectory. 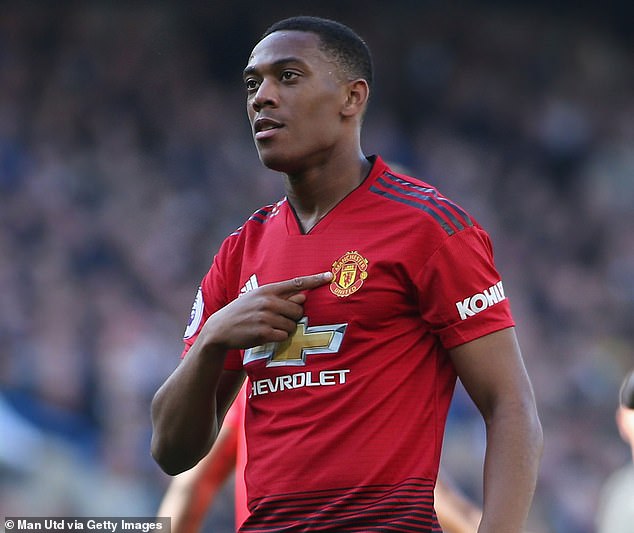 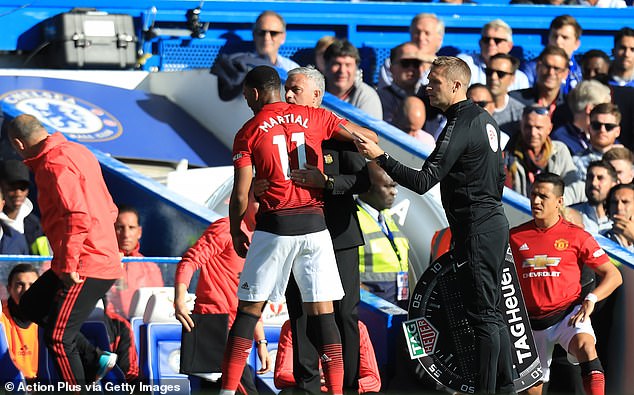 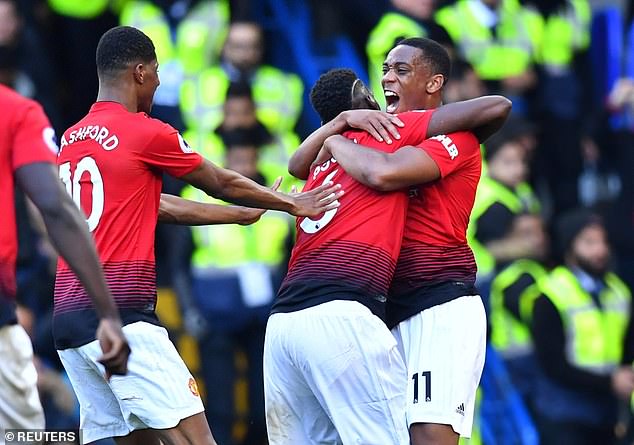 Martial twice finished with ruthless efficiency and left the field disheartened at being replaced, prompting Mourinho to offer a conciliatory word of explanation in his ear. Paul Scholes has often wondered whether Martial has the singular mentality for scoring at the rate of the world’s best strikers but here was evidence an evolution might be underway.

This was a big game, and not only does it say something that Mourinho chose to start Martial, it says something more that Martial rose to the occasion.. He was the touch of quality when United needed it.

So that is three important goals in two games, following on from the 76th minute equaliser against Newcastle, and though it is a small sample size this feels different to past bursts of influence.

Martial scored three goals in five Premier League games at the start of last season, but all of those arrived when he had come off the bench, United were leading comfortably, and there were spaces opening up in opposition defences.

Those matches had already been broken, but in these past two fixtures Martial has made the break. There is greater weight, more substantial meaning to a player affecting a game having been on the pitch from the beginning.

That Mourinho has turned to Martial in matches he knew would go towards deciding his fate as manager is almost a revolution. In the summer, when Martial left United’s US tour early to attend the birth of his child, Mourinho could not have been less impressed.

‘He has the baby and after the baby is born — beautiful baby, full of health, thank God — he should be here and he is not here,’ said Mourinho.. In August he confirmed Martial had been fined over the unsanctioned absence.

Mourinho was open to selling Martial but Ed Woodward preferred to persist with a player who has now cost United £52million in transfer fees including add-ons. 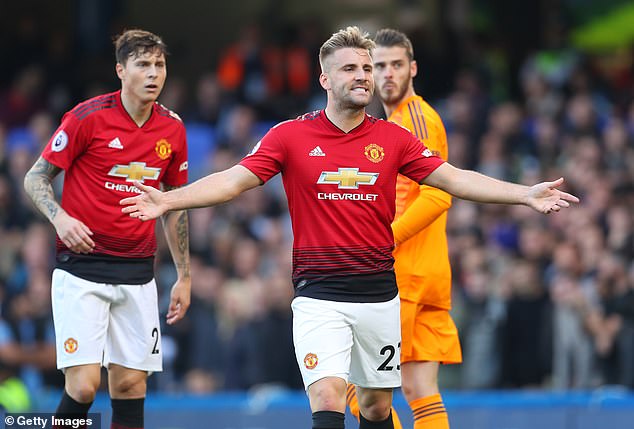 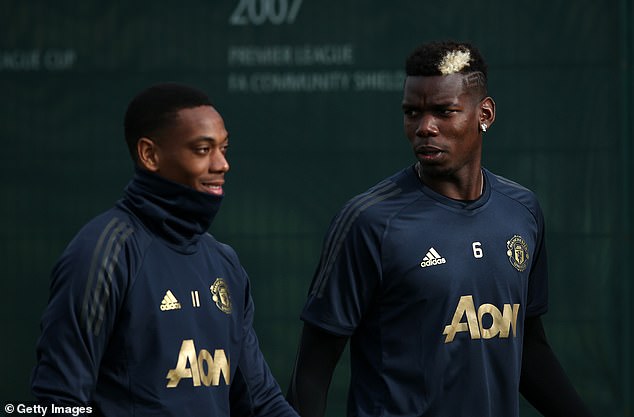 Aside from the 22-year-old’s commercial potential, there is a suspicion Woodward is especially desperate for Martial to work at Old Trafford because it was the first major deal he completed, coming out of nowhere when Louis van Gaal was in charge.

We all remember the explosive debut off the bench against Liverpool and Woodward is said to believe those flashes can become a consistent flame.

Martial has to get in the team first, of course, and the Chelsea game was only his sixth start of the season in all competitions. His Premier League career reads 69 starts, 23 substitute appearances, and he has not always helped himself when given the chance.

At Brighton for example, his first start of the campaign, he was grossly ineffectual and Mourinho’s caustic appraisal was justified. ‘The players who replaced others did not perform at a good level and, when individuals do that, it is difficult for the team to play well,’ he said. ‘Maybe now you will not ask me why A, B and C do not play so much.’

But Alexis Sanchez continuing to look like a rusty round peg in a square hole has given Martial reprieve, and his speed, mirrored by Marcus Rashford on the right flank, complements the focal point provided by Romelu Lukaku. 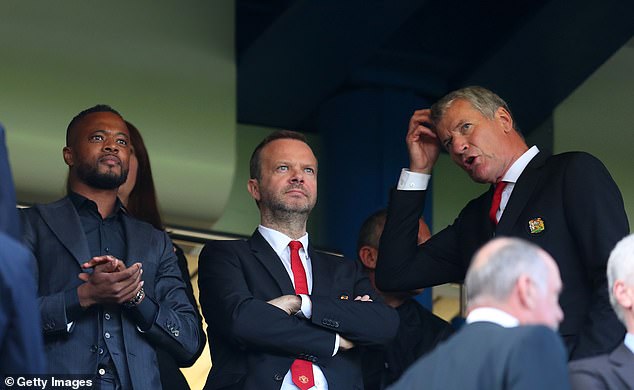 The re-intoduction of Juan Mata to pick passes coalesces with Martial’s quick feet, and it is positive indeed for United that his recent goals have come in tight spaces. His ability to shift the ball and shoot quickly gives him a crucial edge when stood up by defenders.

Certainly the noise around Martial has altered since the summer. Could we see another Luke Shaw scale reversal of fortunes?

United are in talks about extending his contract, which runs until 2020 and the French international is at least talking peace over Mourinho.

‘Come on – things were not tense between us to begin with,’ Martial said after the Chelsea game. ‘We have a player-coach relationship and I hope that we will continue like that and bring Manchester United as much as possible. The goals have done me the world of good.’