‘I am so happy to keep playing for one of the best teams in the world’: Marcos Alonso signs new five-year deal as Chelsea secure his future until 2023

Marcos Alonso has signed a new contract with Chelsea that will run until 2023.

Alonso has been with the Blues since the summer of 2016 and helped them win the Premier League in 2016-17 and claim the FA Cup last season.

The 27-year-old Spain left-back said on Chelsea’s official website on Wednesday: ‘I am so happy to stay here longer and to keep playing for one of the best teams in the world.

‘It’s been a very good two seasons and I am looking forward to more.’ 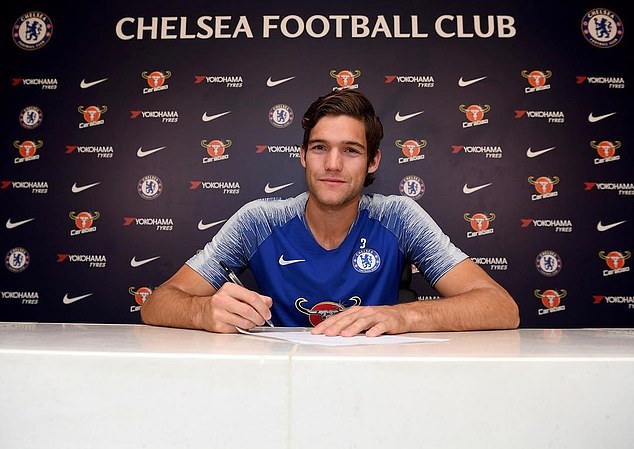 Chelsea director Marina Granovskaia added: ‘We are delighted to be extending Marcos’ contract.

‘In the past two seasons he has developed into an important player for the club, demonstrating his outstanding ability and a fantastic attitude that has helped him become a Premier League champion and Spain international.’

Alonso, who began his career at Real Madrid, moved to Chelsea from Fiorentina.

He had previously had spells in England with Bolton and Sunderland.

He made his international debut in March this year. 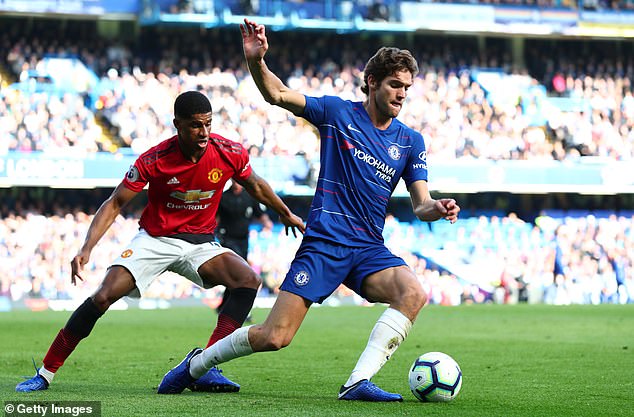