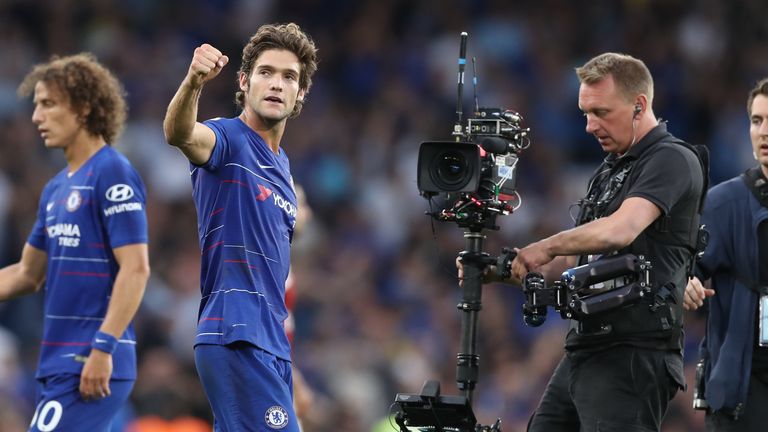 Marcos Alonso has signed a contract extension with Chelsea until 2023.

The Spanish international has established himself as a key player for the Blues since joining from Fiorentina in 2016.

After putting pen to paper on his new deal, the 27-year-old said: “I am so happy to stay here longer and to keep playing for one of the best teams in the world. It’s been a very good two seasons and I am looking forward to more.”

Alonso played at left wing-back under Antonio Conte and has successfully transitioned to left-back in a back four under Maurizio Sarri.

Speaking in September, Sarri said: “Alonso I think at the moment in this position, left-back, he is maybe the best in Europe.

“Physical qualities at top level, I think. He’s doing very well in the offensive phase. I also think he can improve in the defensive phase. He could be the best left-back in the world.”

Alonso has also proven to be a considerable asset going forward for Chelsea, with 14 goals and seven assists in his 64 Premier League appearances for the club.

Club director Marina Granovskaia said: “We are delighted to be extending Marcos’ contract.

“In the past two seasons he has developed into an important player for the club, demonstrating his outstanding ability and a fantastic attitude that has helped him become a Premier League champion and Spain international.”

Alonso received the first of his three caps for Spain earlier this year when he replaced Jordi Alba in a 6-1 victory over Argentina.