Manchester City squad in cheerful mood ahead of Southampton clash

Pep Guardiola’s high-flying Manchester City side were in high spirits as they trained on Friday ahead of their clash with Southampton.

City, who beat Fulham 2-0 on Thursday in the Carabao Cup, take on struggling Saints at the Etihad on Sunday afternoon as they look to maintain yet another brilliant start to their season.

And the squad were in a relaxed mood as they continued their preparations for the weekend’s Premier League clash at home. 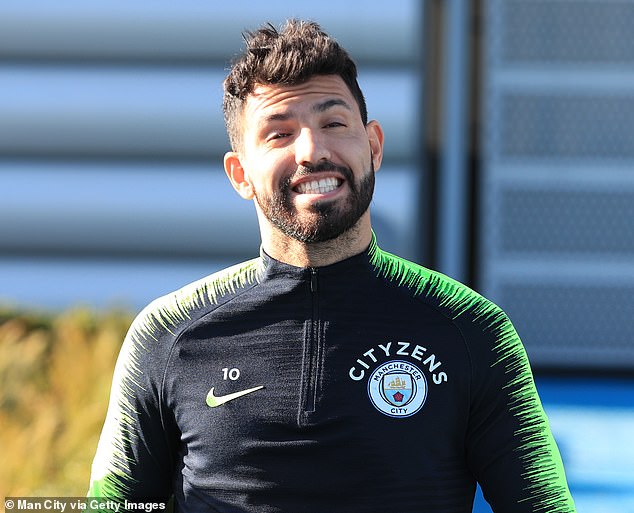 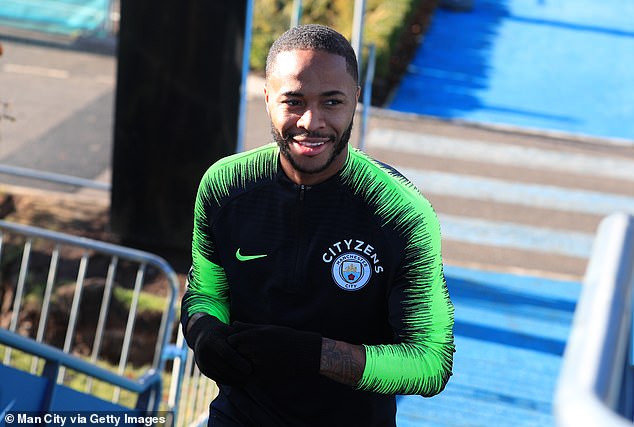 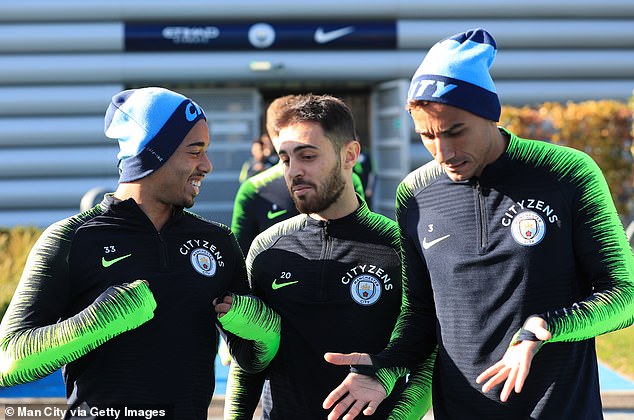 Gabriel Jesus, Bernardo Silva and Danilo enjoy a chat prior to getting down to work 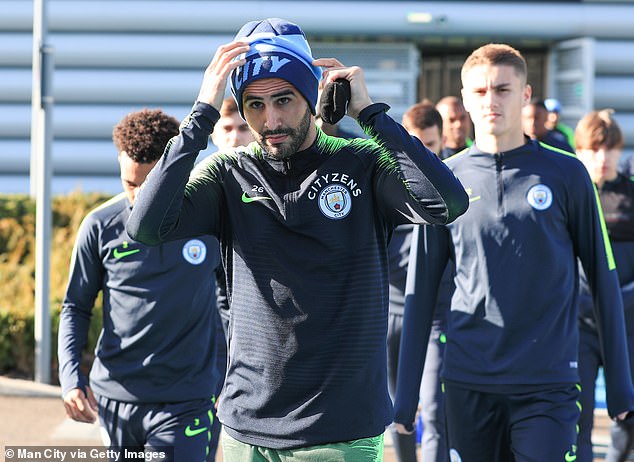 The likes of Sergio Aguero, Raheem Sterling, John Stones and Riyad Mahrez were seen sharing jokes with their team-mates throughout Friday’s session.

The squad were pictured taking part in warm-up drills before enjoying a spot of ball work at their state-of-the-art training complex.

However, Guardiola led the session without star man Kevin De Bruyne, who was dealt another severe blow on Friday as it emerged that he faces another six weeks out with knee-ligament damage.

Fulham’s Timothy Fosu-Mensah fell awkwardly on De Bruyne’s left knee during City’s victory on Thursday and the midfielder suffered his second injury setback of this season. 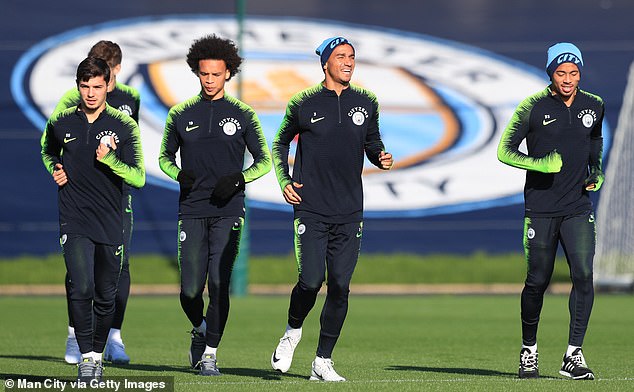 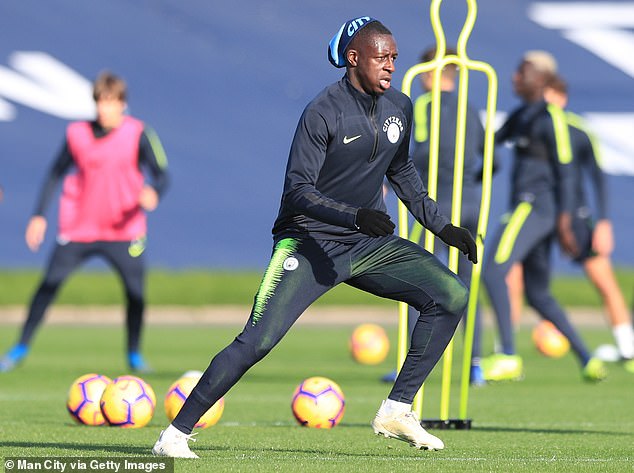 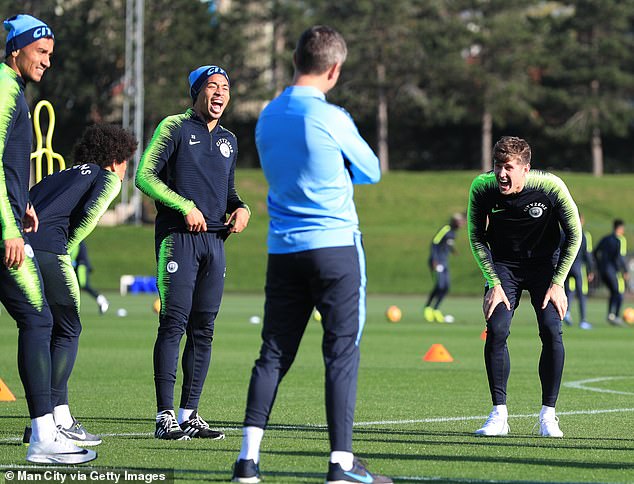 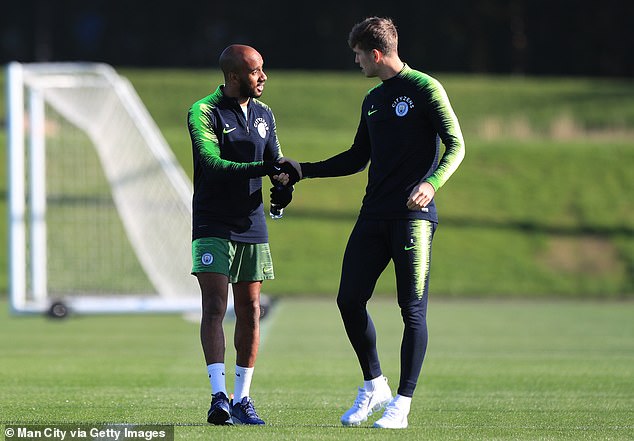 De Bruyne missed two months after a training ground accident in August, although that was a right-knee injury.

And City could now be without the playmaker for seven matches, including next weekend’s Manchester derby.

The 27-year-old Belgian now faces a race to be fit for the December 8 clash at Chelsea. 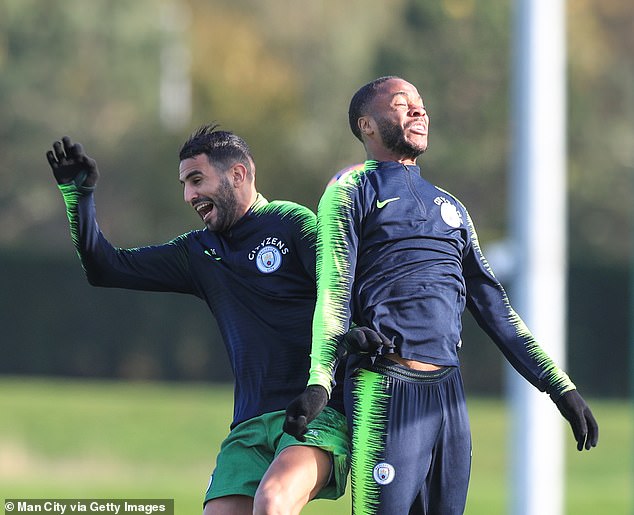 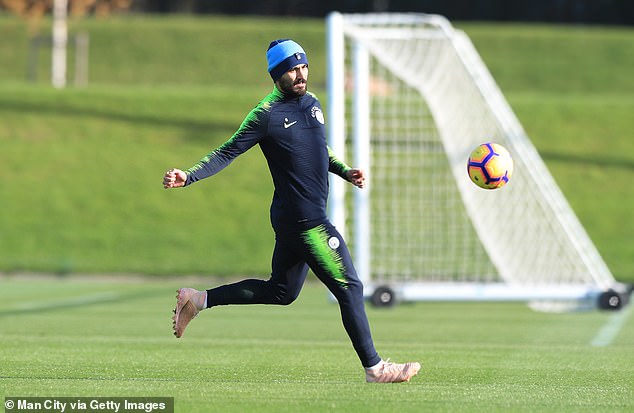 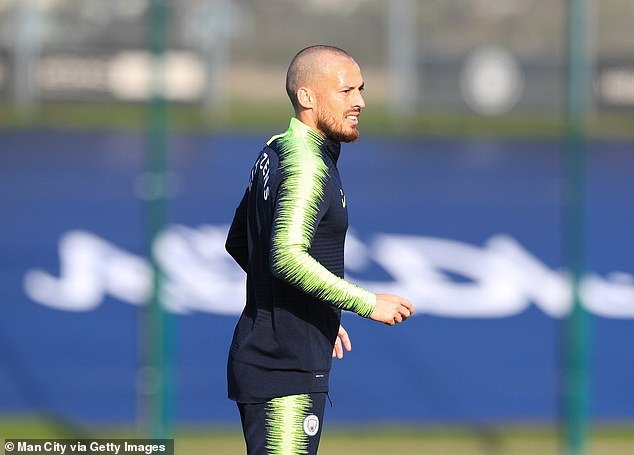 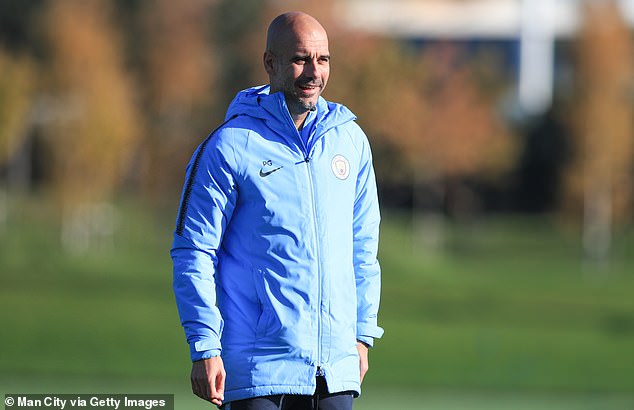