Manchester United’s recruitment team are currently deciding whether to launch moves for Max Aarons and Moises Caicedo, according to reports. The two young stars have emerged as targets for the Red Devils, who are set to make a final decision on both players ahead of the January transfer window.

The United hierarchy are now operating under a different transfer strategy installed by Ole Gunnar Solskjaer.

Solskjaer has made it clear that he wants United to veer away from their previous policy of the past, which was largely centred around signing big names.

Instead, he wants the club to focus on recruiting top young talent that can elevate their game to the next level at Old Trafford.

It’s exactly why United made moves for Facundo Pellistri and Amad Diallo on deadline day in October, with both yet to feature for the first team. 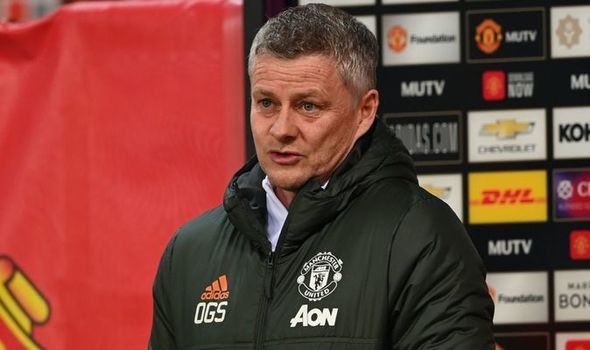 According to transfer expert Fabrizio Romano, United are now considering moves for Norwich full-back Aarons and Ecuador wonderkid Caicedo with the transfer window set to reopen in a matter of days.

Romano tweeted: “Manchester United have Max Aarons in their radar by months and he’s appreciated. No official bid or anything advanced at the moment, he’s not close to join #mufc now.

“Moises Caicedo: it’s up to Man Utd. Contacts on but no decision made yet. Other clubs also interested.”

United are open to the idea of adding another right-back to their ranks to support Aaron Wan-Bissaka.

Victor Lindelof recently slotted in at full-back in the former Crystal Palace man’s absence in the 2-2 draw at Leicester.

His shaky performance highlighted United’s need for extra depth, something they have benefitted from at left-back following the arrival of Alex Telles.

Aarons was targeted by both Barcelona and Bayern Munich earlier this summer but eventually stayed at Carrow Road.

Now he could get the chance to return to the Premier League, where he impressed alongside the likes of Teemu Pukki, Todd Cantwell and Jamal Lewis last season. 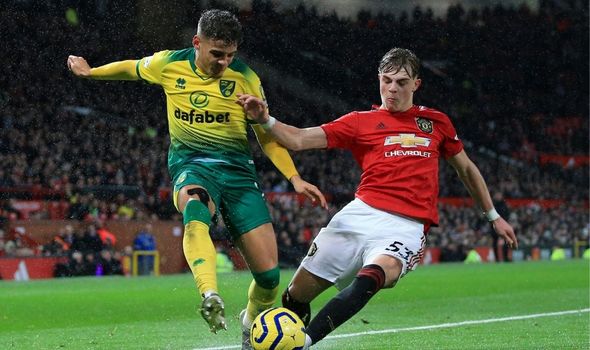 As for Caicedo, the 19-year-old Independiente del Valle midfielder looks to have played his last game for the Ecuadorian club.

United appear to be the frontrunners for his signature but Chelsea have also reportedly held talks with intermediaries over a deal.

He has already been capped four times by his country and became the first player born in the 21st century to score in CONMEBOL World Cup Qualifying when he netted in the 4-2 win over Uruguay.

Newcastle and Brighton scouts have also been alerted by his performances but the teenager has already made it clear he wants to play for Manchester United.