Before this season started, questions aplenty were being asked about David De Gea. But, on Tuesday night against PSG in the Champions League, the Spain international stood tall in a terrific display for Manchester United. And he must surely now be considered undroppable, despite Dean Henderson being at Old Trafford to provide strong competition.

When the draw was made, many supporters (including their own), took to social media to express their concerns about what might lie ahead.

PSG, after all, reached the Champions League final last season. They’re the best team in France by a considerable distance, serial winners who usually scoop the domestic lot. And they also have Neymar, Kylian Mbappe and Angel Di Maria in their ranks.

However, on a sensational night in Paris, United got the result they wanted.

It wasn’t always pretty. This wasn’t a swashbuckling display. Instead, it was a job well done thanks to some dogged and diligent defensive work.

Bruno Fernandes and Marcus Rashford will make the headlines. 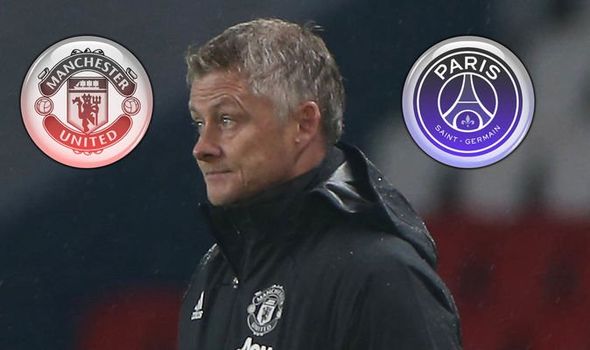 Fernandes was blockbuster for United, leading from the front after being given the captain’s armband for the night in the absence of Harry Maguire.

The 25-year-old deserves immense credit for scoring his penalty, shortly after PSG goalkeeper Keylor Navas had stopped his first attempt.

And Rashford’s winner was a beauty, with the England international beating Navas with a pinpoint, powerful drive.

Solskjaer has been adamant the Spain international remains the best goalkeeper in the world, despite the 29-year-old making mistakes aplenty during the Norwegian’s reign. 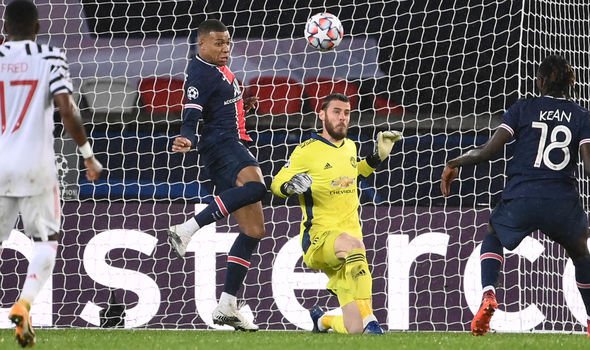 That has led to much scepticism. Many have expressed a belief the veteran is past his best and that United were wrong to hand him a huge contract extension last year.

But, at the Parc des Princes, the shot-stopper was back to his best.

This was a vintage De Gea. Right from the off he played with confidence, collecting any balls swung in his way with the air and grace of a relaxed man.

And it was his shot-stopping ability that made him one of the best players on the pitch.

Early on, the 29-year-old saved a curling effort from Angel Di Maria. How the Argentine would love to score against his old club, with bridges between both parties burnt in recent years.

He also denied Kylian Mbappe when the France international looked destined to score.

And De Gea kept Neymar at bay, too, producing a sensational save to stop the Brazil international from scoring for PSG.

Before the match, a report claimed that United insiders thought he only had two mistakes in him before Henderson would be drafted in as his replacement.

But those words look foolish now.

A De Gea on form is one of the best goalkeepers in the world and his place in Solskjaer’s side must now be considered safe.

He’s undroppable when he plays like this. And talk of Henderson must now be brushed aside for the time being.