Manchester City winger Leroy Sane says he would be happy to play the remaining matches of the 2019/20 season behind closed doors, insisting finishing the current campaign is the “fairest” option.

Sane was on the verge of making his first-team comeback from a knee injury prior to the suspension of the Premier League due to the coronavirus pandemic.

There have been some calls for the season to be declared “null and void”, while Sane’s City team-mate Kevin De Bruyne has suggested the current campaign must end early if it causes disruption to next year’s calendar.

But, speaking to the German FA website, Sane said: “You read something different every day and not even the experts agree on this, so it’s difficult for me to make an assessment.

“All I can say is that I really miss football and want to be back on the pitch as soon as possible.

“We have no choice but to trust the experts and to be ready for when we are told to start again. If it does continue then it will probably be behind closed doors. 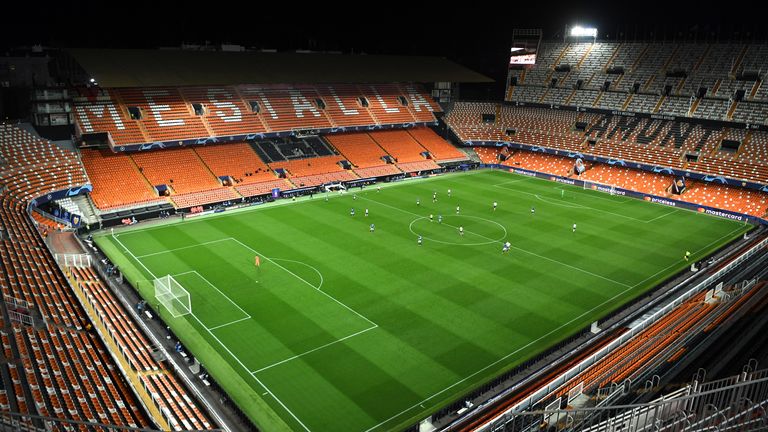 “But that would also be fine. It’s important that we find solutions, without taking people’s health lightly.

“Purely from a sporting point of view, it would of course be the fairest thing to do if the season was still somehow finished.”

Sane has missed the majority of the season having suffered an anterior cruciate ligament injury against Liverpool in the Community Shield last August.

But, having stepped up his recovery, Sane featured for City in an U23 fixture against Arsenal in February.

Sane said: “After being injured for such a long time I didn’t want to jump straight back in again, but rather take the time that my body needed.

“That’s why I suggested that I should play for the youth team first so that I could get used to the speed of the game step by step.”

The Germany international added: “I’ve never had such a long injury before. It wasn’t an easy time for me but I learnt a lot of things, such as being patient.