The Wembley pitch might be too damaged for Manchester City to play their usual passing game against Tottenham – according to Jacksonville Jaguars duo Josh Lambo and DJ Chark.

City’s game at Spurs will kick off around 26 hours after the end of the NFL game between the Jaguars and the Philadelphia Eagles. The Premier League match was moved to Wembley due to the north London club’s ongoing issues with their new stadium being built.

Chark said he would not want to play football on the grass pitch so soon after an NFL match. 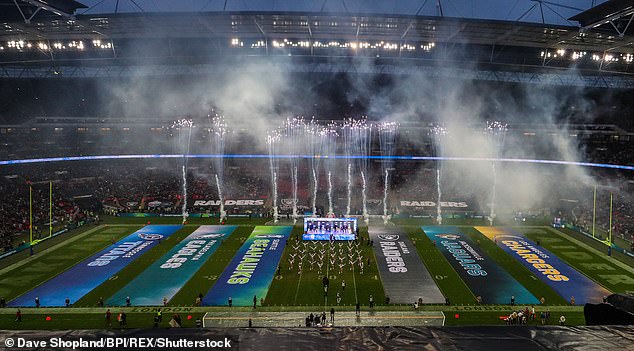 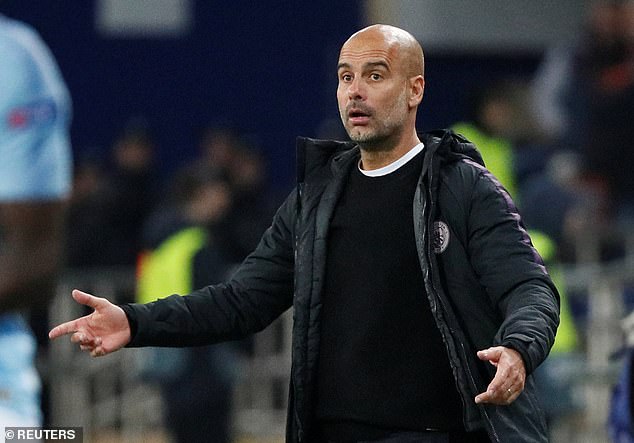 ‘Probably no,’ he admitted. ‘It might be challenging, definitely right after a game, with us guys tearing it up. It’ll probably be difficult.’

Chark’s team-mate Lambo agreed with City midfielder Kevin De Bruyne, who suggested it was ‘not nice’ to play on a pitch so soon after it had been used for an American Football game, having previously experienced it in pre-season.

Lambo, who waxed lyrical about De Bruyne and City during the open training session at Saracens’ Allianz Park, was offered a contract to play as a goalkeeper by Everton at the age of 16.

He also joined MLS side Dallas and played at youth international level for the United States. 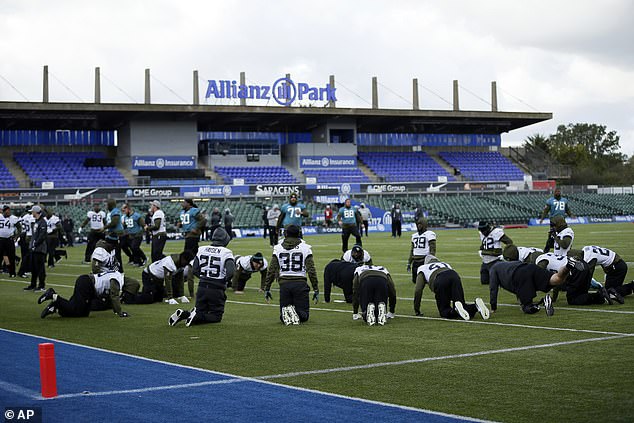 He said: ‘It’ll be difficult for Pep Guardiola’s side to play their style of football (after we’ve played on the pitch), the way that they want to play.’

Lambo even admitted he had been thinking heavily about his boots ahead of taking to the Wembley turf due to concerns over the quality of the pitch.

‘I’ll certainly be changing my footwear, so I get the proper traction,’ he said. ‘I have a couple of different pairs of cleats for the right traction.’