‘We gave them too much respect’: Luke Shaw laments Manchester United display against Juventus as he admits they needed to be more aggressive after Champions League defeat

Luke Shaw lamented Manchester United’s failure to play on the front foot after Tuesday night’s 1-0 defeat at the hands of Juventus.

Italian giants Juve dominated possession at Old Trafford and scored the only goal of the game courtesy of Paulo Dybala on 17 minutes.

Speaking to BT Sport after the match, which left United with just four points after three Champions League games, Shaw expressed his frustration at the lack of aggression in his side’s play. 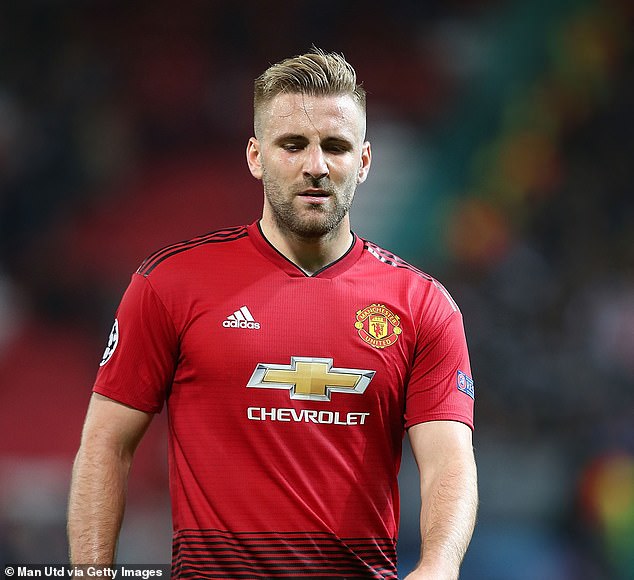 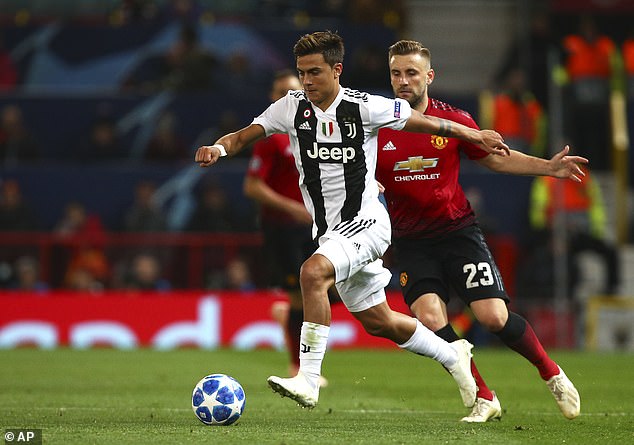 Shaw pictured chasing Paulo Dybala, who scored the only goal of the game at Old Trafford

Shaw said: ‘I think first half we gave them too much respect and we let them play far too easy. Second half we tried and like other games we pushed more in the second half.

‘At times today we didn’t create too many clear-cut chances.  I think first half they had way too much time on the ball and we expected it.

‘We should have pressed higher and been more aggressive and that cost us with the goal.’

Valencia’s 1-1 draw at Young Boys earlier in the day softened the blow for United, who remain second in Group H as a consequence of their rivals’ dropped points.

United are two points above Valencia, but cannot rest on their laurels as Jose Mourinho’s side play Juve again in their next European engagement.

Shaw added: ‘It’s disappointing but at least Valencia didn’t win so we have to make it right when we go to Juve next.

Victor Lindelof, who played alongside Shaw in United’s defence, was less damming about his side’s performance.

But Lindelof agreed that United need to find a way of starting better in games.

‘We played against a very good team with very good players,’ said Lindelof. ‘It was a tough game but I think we deserved more than to lose.

‘I think the way we played in the second half we can take that with us. We know they are a great team but we are also a great team.’ 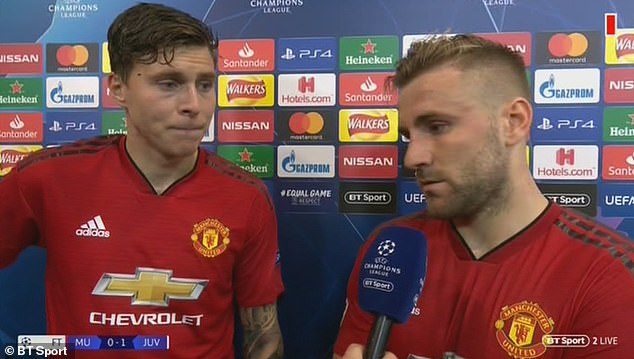 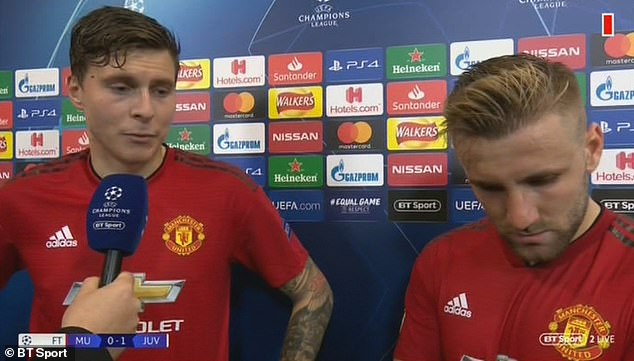 United defender Lindelof said: ‘It was a tough game but I think we deserved more than to lose’