It is not unusual to see the words ‘Tottenham hero’ precede Lucas Moura’s name in articles about the Brazilian. Scoring a hat-trick in a Champions League semi-final will do that.

But Moura cannot dine out on memories of that night in Amsterdam forever, no matter how delicious it was. He has to create new ones. He has to score in the Premier League, too.

The last time that happened was in December 2019, the opener in a narrow win over Wolves. In that time he has assisted a team-mate once, against Manchester City in February. 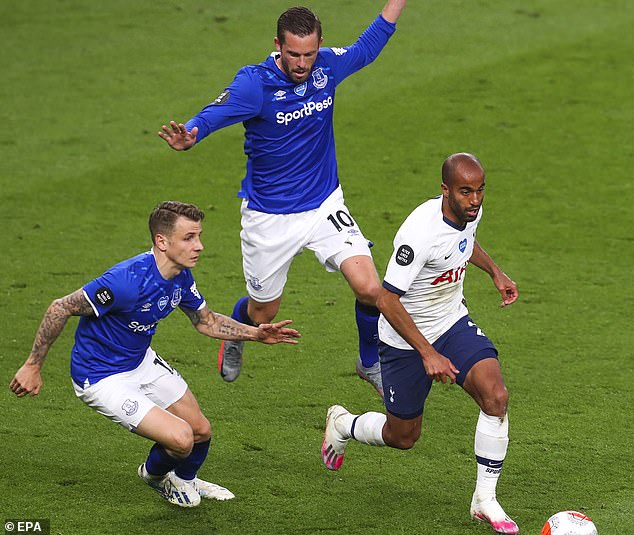 Because of those numbers, Moura’s inclusion in Monday night’s starting line up led some Tottenham supporters to speculate on what dirt the 27-year-old must have on his manager.

Whatever the reason for Mourinho’s blind faith, social media gave it the thumbs down, and the winger did little to make those exasperated tweeters eat their words. 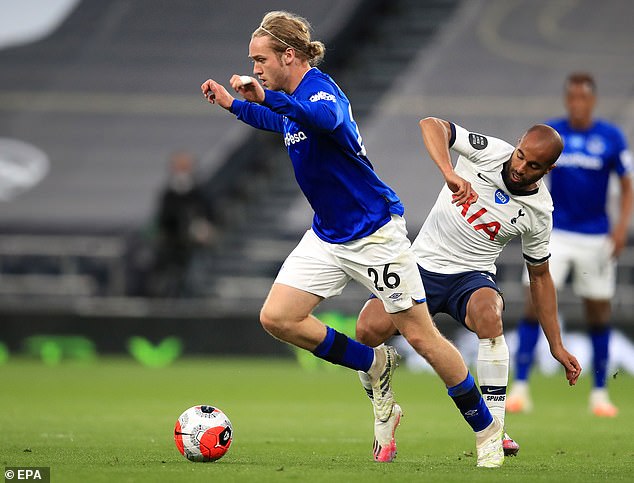 Lucas Digne was the Everton left back standing in the Brazilian’s way, but other than one off-target attempt from distance before the opening drinks break, it was an underwhelming first half.

Moura is an attacker who likes to counter and go direct at opposition defenders. With Tottenham controlling possession on Monday night, he rarely got the opportunity to stretch his legs in that manner.

When he did have the ball, he made a habit of losing it.

Indeed as one user on Twitter noted: ‘When Moura gets the ball, either we immediately lose it, or we get to a Champions League final. Those are the only outcomes.’ 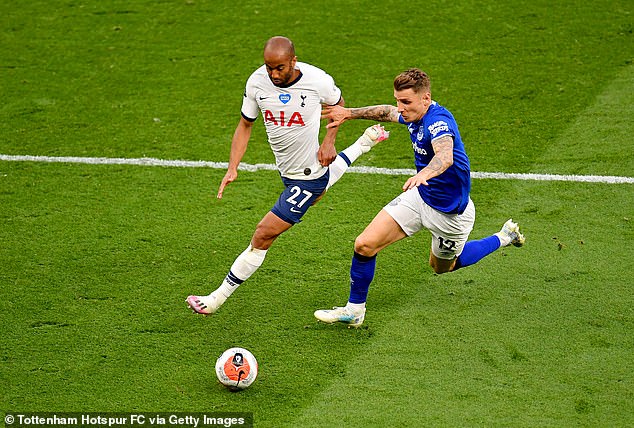 Mourinho clearly has his favourites at Tottenham. Moussa Sissoko has been a starter in Spurs’ four games since the restart, while Tanguy Ndombele is struggling to get a look in.

Since the restart, Tottenham’s club record £63million signing has been an unused substitute on three occasions, while he was introduced in the 71st minute against Sheffield United.

Supporters want to see more of him.

Whether they will see less of Moura, who has now gone more than 1,250 league minutes without a goal, depends on when Mourinho finally runs out of patience.