Liverpool stars fly out to Belgrade for Champions League clash

Jurgen Klopp led his Liverpool team out to Belgrade on Monday morning as he defended the decision to leave Xherdan Shaqiri at home due to political tensions.

Liverpool’s summer signing will not feature against Red Star Belgrade on Tuesday as it is feared he would come under a barrage of hostility if he travelled.

The Swiss midfielder enraged Serbians during the World Cup for what they regarded as an inflammatory celebration following a goal during a game between the two sides, while he also wore boots adorned with the Kosovo flag. 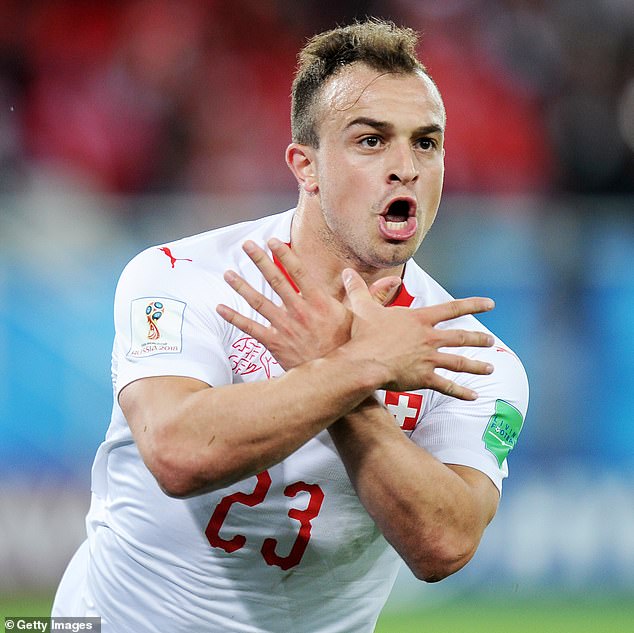 Xherdan Shaqiri enraged Serbians by celebrating a goal at the World Cup for Switzerland by making the eagle gesture, a symbol of ethnic Albanians 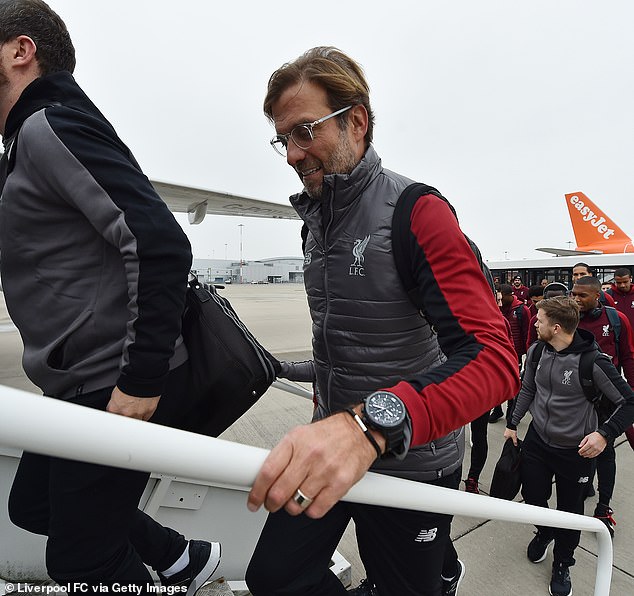 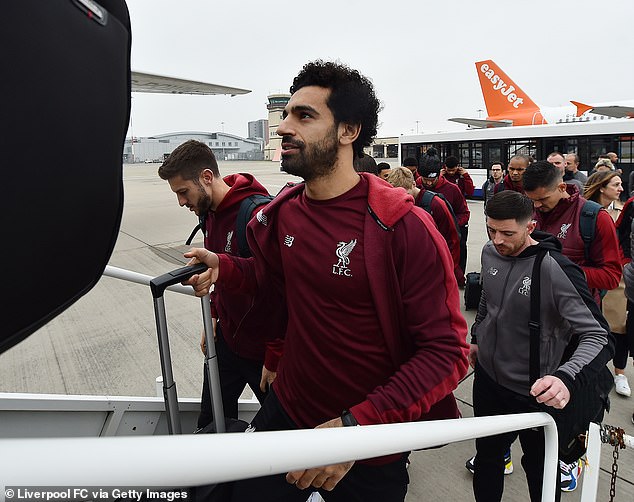 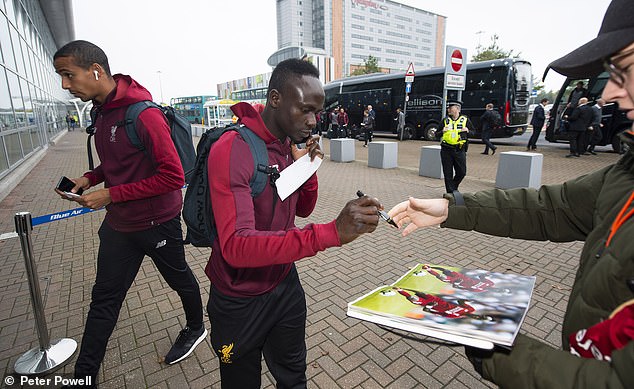 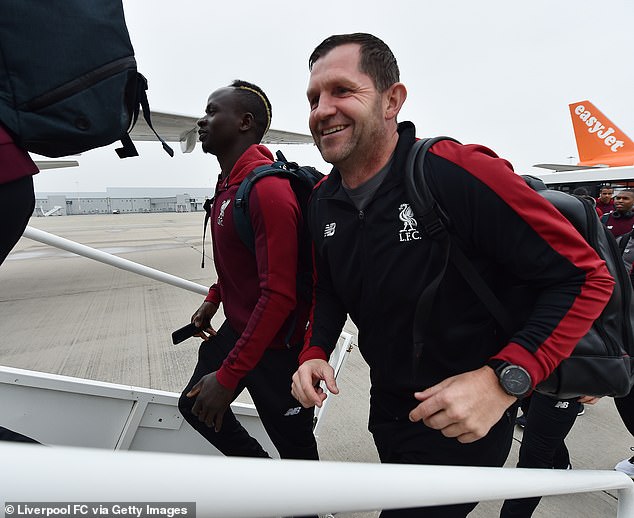 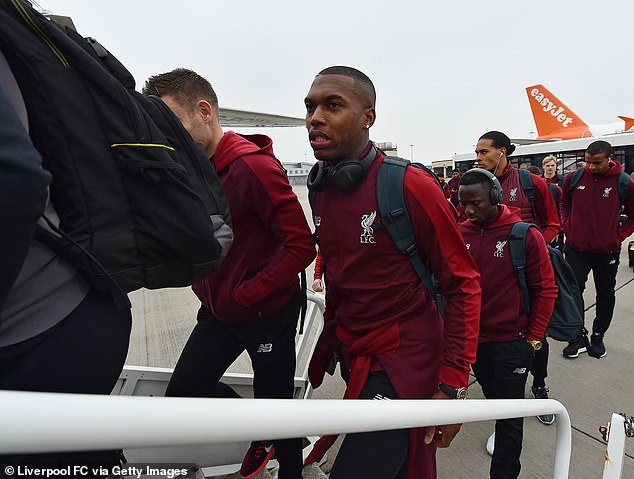 WHY XHERDAN SHAQIRI MADE EAGLE GESTURE?

Shaqiri’s World Cup goal celebration saw him his hands together to form a ‘double eagle’ – similar to the one on the Albanian flag.

Shaqiri is of Albanian-Kosovan heritage. The symbol of his goal celebration inflamed tensions among Serbians – who do not recognise Kosovo’s independence – and ethnic Albanians, who dominate the country.

Serbians remain hostile to Kosovo, which declared independence in 1990 but was subject to Yugoslavian rule.

Tensions between Kosovans and Yugoslavian forces, dominated by Serbians, led to all-out war in 1998 which was ended by Nato bombings in support of Kosovo, which remains an independent state to this day.

More than a million ethnic Albanians like Shaqiri were driven from Kosovo by Yugoslav forces during the war.

Shaqiri’s family had already left the country in 1992, emigrating to Switzerland.

It would, inevitably, have made him a target during Liverpool’s Champions League clash with Red Star Belgrade.

Klopp said: ‘It’s a situation where we will go to the fantastic city of Belgrade as a football team to play football.

‘We have heard and read the speculation and talk about what kind of reception Shaq would receive and although we have no idea what would happen, we want to go there and be focused 100 per cent on football and not have to think about anything else, that’s all.

‘We are Liverpool FC, a big club, a football team but we don’t have any message further than that. We have no political message, absolutely not. We want the focus to be on a great game of football, free from anything else.

‘We are keen to be respectful and keen to avoid any distractions that would take focus away from a 90-minute-plus contest that is important for football and only football.

‘So for that reason, Shaq is not involved and he accepts and understands this. Shaq is our player, we love him, and he will play for us a lot of times, but not on Tuesday.’

Shaqiri said of the matter last month: ‘I just go there to play a football game.

‘It is not about politics, it is about football. I worry about nothing and go to play. I had this (booing) already at the World Cup so I know I can handle this no problem.’

The decision caused a stir on Twitter with some supporters backing the decision and others saying it causes a dangerous precedent.

Rory Jennings wrote: ‘Appreciate how complex the Red Star Belgrade/Shaqiri situation is but the decision for the player not to travel really does feel like the wrong move. Effectively you’re rewarding bad behaviour and punishing the victim, it’s a terrible precedent to set… #LFC.’

While George Thorpe said on social media: ‘Probably wise of Liverpool to leave Shaqiri back in Britain after “Eaglegate”. To be fair, I don’t think they would have desperately need him to get a win against Red Star.’

Shaqiri’s every touch was booed by Red Star supporters during the first meeting between the sides at Anfield two weeks ago and the hostility would be ramped up even further towards a player who was born in the former Yugoslavia to Kosovan-Albanian parents.

Shaqiri’s celebrated at the World Cup by forming a ‘double eagle’ – similar to the one on the Albanian flag. This enraged Serbians – who do not recognise Kosovo’s independence.

Kosovo broke away from the former Yugoslavia in 1990, with tension leading to the 1998-9 Kosovo War, which saw more than a million ethnic Albanian displaced from the tiny state.

Nato intervention led to Yugoslav withdrawal but Serbians, who were part of the Federal Republic of Yugoslavia, still do not recognise Kosovo’s independence. 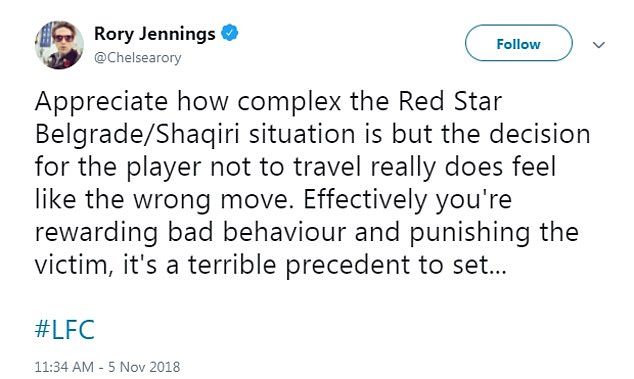 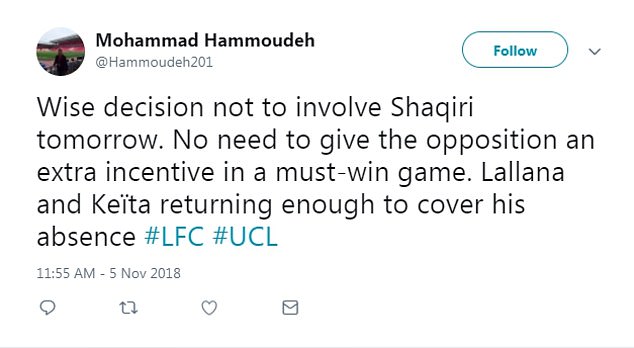 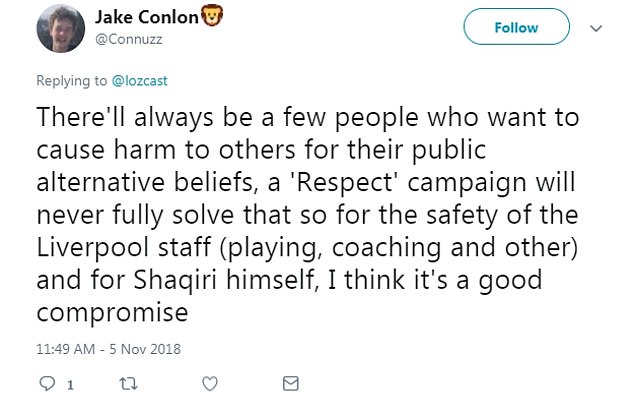 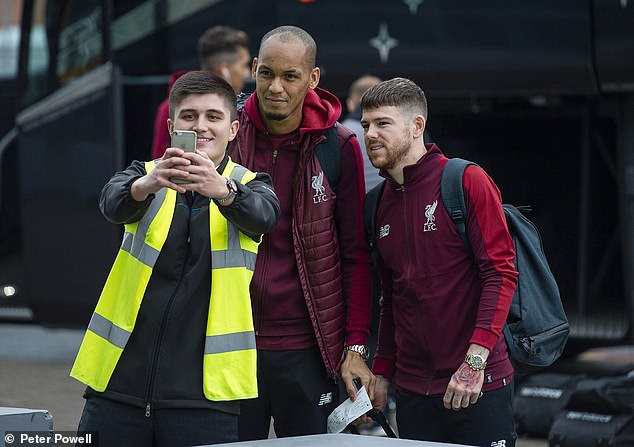 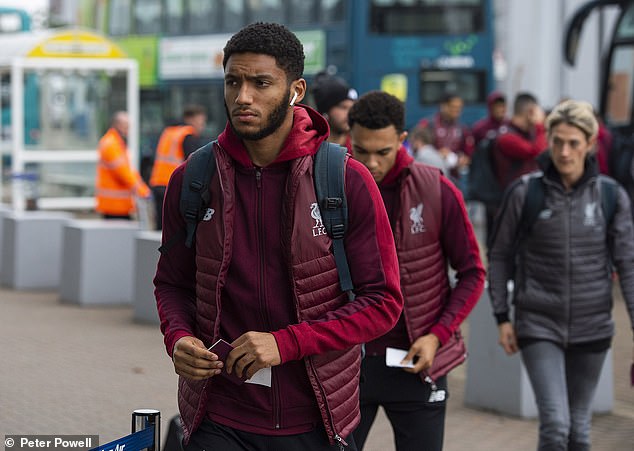 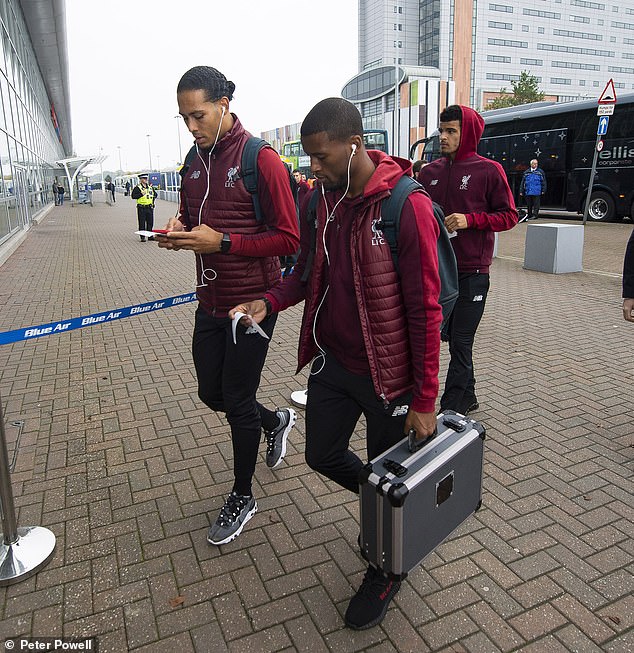 Liverpool’s players — including Sadio Mane and Mohamed Salah — looked relaxed as they travelled from John Lennon Airport on Monday morning.

Another three points would put them within touching distance of the knockout stages, following the draw between Paris Saint-Germain and Napoli on Match Day three.

There will be other decisions to make about who travels to Belgrade but one man who will not be involved is Liverpool captain Jordan Henderson.

He is due to return to full training at Melwood following a hamstring issue but does not yet have match sharpness.