The Premier League is set to return after a three-month absence on June 17 but some Liverpool players are “nervous” over making a comeback, according to Andy Robertson.

If Manchester City lose to Arsenal on the first day back then Jurgen Klopp’s side can lift the trophy with a Merseyside derby win that following weekend.

Prior to the enforced coronavirus break, Liverpool established a 25-point lead at the top of the table.

Players have returned to full contact training and the Reds held a 11vs11 practice match at Anfield yesterday.

Robertson is keen for the season resumption but he admitted there were worries in the camp.

JUST IN: Man Utd transfer request made by Inter Milan as ‘definitive evaluation’ of star sought 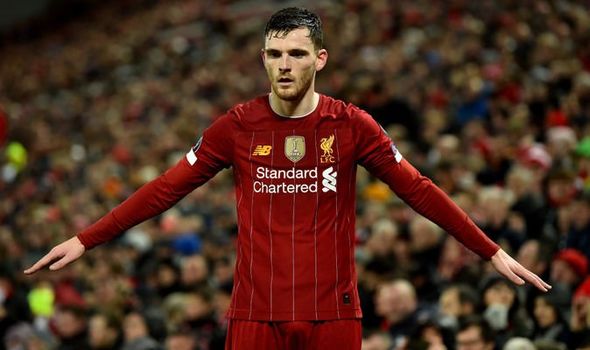 “We are following everything, the doctors are staying on top of everything,” Robertson said.

“Then we can hopefully get football back on the telly, as I think it can give people around this country a big lift.

“Look I can understand people being a bit nervous. People in our squad were nervous about it at the start.

“I don’t think they are now. They see how safe we are being and no stone is left unturned.

“For me when people’s jobs start going back to normal and people are getting told to get to go back to work, for us, I don’t think there’s a safer place we can be.”

“I have missed it so much it’s unbelievable,” Klopp told BBC Sport.

“I know it’s not the most important thing in life but it is my passion. I hope the people are looking forward to it because we are.” 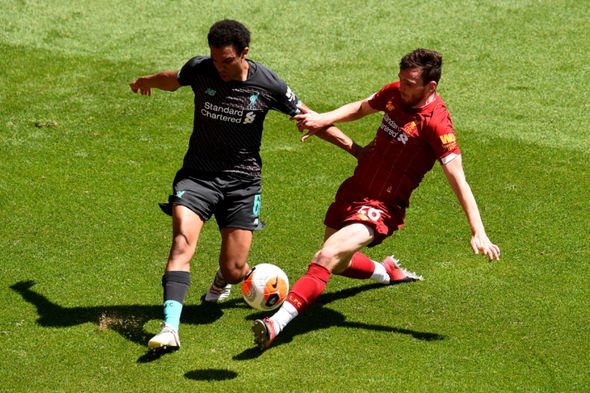 He added: “It’s nice to think about it but we are not champions yet and we know that.

“We know we are close but close is not there. There are 27 points left for us and we will try everything to take them all.

“We are still not champions. We have to play football games and we have to win them.

“We don’t want to stop winning after two games or whatever it is. I don’t see results written in the stars; we have to work really hard.”