Liverpool boss Jurgen Klopp could face a dilemma in the January transfer window after midfielder Naby Keita was left out of the Reds’ Champions League squad this season. Keita along with Alex Oxlade-Chamberlain were notable omissions from the list of players available for the competition’s group stages.

All clubs were required to submit their squads by midnight on September 2, with Liverpool naming 24 players in ‘List A’, while ‘List B’ has an unlimited number of players who are born on, or after, January 1, 1998 and have been eligible to play for the club for any uninterrupted period of two years since turning 15.

Keita was left off ‘List A’ and is not eligible for ‘List B’, meaning he will not be able to feature in any of Liverpool’s group stage games against Napoli, Ajax and Rangers in the Champions League this season. The Guinean has not featured in the Premier League this season due to injury, which could be worse than feared having been not named in the squad.

“It’s a muscle injury,” Klopp said. “For him a muscle injury, Ox is a muscle injury and they will be out for a while.” Liverpool’s injury list this season has been mounting, with Jordan Henderson and Fabio Carvalho recently joining Keita, Oxlade-Chamberlain and Thiago on the treatment table.

MUST READ: Moyes livid with ‘rotten’ call and disagrees with Tuchel after win 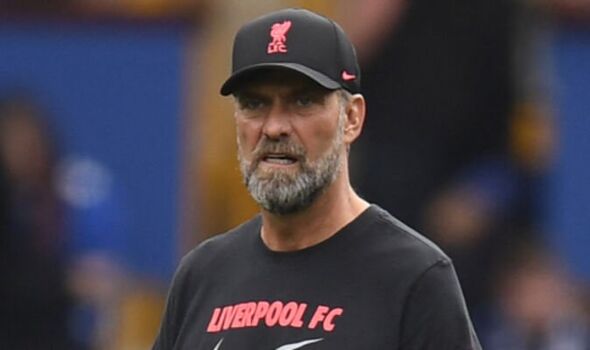 The injury is another sign of how Klopp has been unable to depend on Keita since his move from RB Leipzig. Liverpool paid a premium to sign the midfielder and allowed him to spend an extra year in Germany, as he was expected to transform the midfield at Anfield. However he has been outshone by Thiago, Fabinho and Henderson during his time at the club which has been hampered by injuries.

Keita has just one year left on his contract at Anfield, and can sign a pre-contract with foreign clubs in January which poses a question for Klopp over whether the German coach wants to offer his midfielder a new deal at the club or possibly offload him in January and get a fee from a Premier League club. 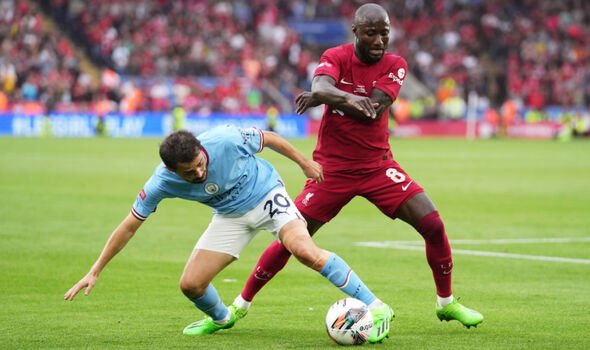 Any money brought into the club would be welcomed as they prepare a bid for long-term midfield target Jude Bellingham at Borussia Dortmund next summer, and Keita could provide a helpful cash injection if he can be persuaded to leave in January to a league rival.

In the summer, Klopp claimed he did not want to sell Keita, but if the midfielder did leave then a replacement would need to be brought in.

“Do we sell Naby now and not replace him? No, that is not possible,” Klopp said last month. “Of course not. But it is not the plan. We are done, so we don’t think that a player can go and we don’t replace him. No, there’s no chance. Naby will not go but if he would, which he will not do, there must be a replacement, of course. It’s clear.”