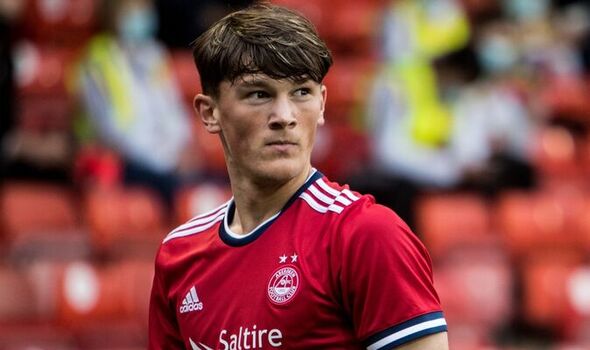 Aberdeen right-back Calvin Ramsay is set to become Liverpool’s third summer signing after the Reds struck an agreement worth up to £5.5million including add-ons for the 18-year-old defender. Having travelled north of the border to watch the highly-rated teenager up close and personal on a number of occasions in the second half of the Scottish Premiership campaign, Liverpool were seemingly impressed with what they saw having now decided to push ahead with a swoop for the young full-back, who is set to become Trent Alexander-Arnold’s understudy at Anfield.

Liverpool have been locked in transfer talks with Aberdeen for several weeks but the breakthrough has now finally been made with Ramsay set to undergo a medical on Merseyside.

Leeds and Bologna had also shown interest in the Scotland U21 international, who will join up with his compatriot Andy Robertson ahead of the 2022/23 season.