Wolves host Olympiacos in a bid to secure their place in the Europa League quarter-final following a 1-1 draw in the first leg back in March.

The two teams played out a stalemate back on March 12 as Pedro Neto cancelled out Youssef El Arabi’s opener following Ruben Semedo’s red card for the hosts inside the opening half an hour.

The fixture is now being played as part of a rescheduled European football calendar following the initial postponement of football due to the coronavirus pandemic.

Sportsmail will have all the coverage including scores, line-ups and more from Molineux.

Tsimikas bursts forward from full-back, he gets in behind the defence but his lash at goal is parried wide by Patricio.

That is the best we have seen so fair from the visitors. The corner is too deep and wasted.

Wolves have the ball in the net for a set-piece but the whistle blows for a foul in the box.

Docherty loses his man but Olympiacos cannot capitalise as they aim to fight their way back.

A busy start in the Midlands.

Jonny, at left wing-back, looks to be struggling after appearing to twist his ankle unopposed. He goes off and young Ruben Vinagre replaces him.

Wolves are looking for that diagonal out wide at every opportunity. Connor Coady pings one to Doherty early on, while another almost gets Traore away.

As cool as you like from Raul Jimenez and that is advantage to Wolves.

That is 10 goals for the Mexican now in the Europa League this season.

In fairness, that does not change Olympiacos’ aims. They needed a goal at the start of the game and they still need one now to level the tie on aggregate accounting for away goals. 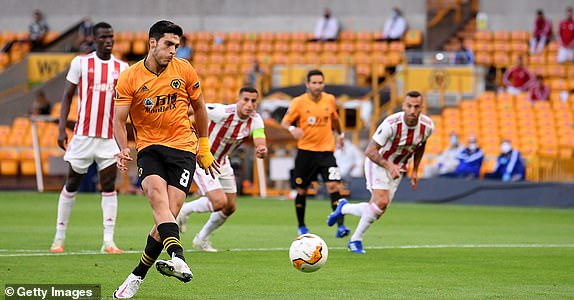 Podence chases down the ball in the box and gets bundled over by stand-in keeper Allain. Jimenez to step up…

An early effort from Raul Jimenez drifts wide as Wolves make a sprightly start to the game.

Thanks to their away goal in the first leg, a goalless draw would be enough to take Wolves through.

We have a minute’s silence, then the whistle goes, then the players take the knee, and finally we are underway.

Both teams are out on the pitch and we are just minutes away from kick-off now.

In 90 minutes, Wolves will know if their Champions League dream lives on. 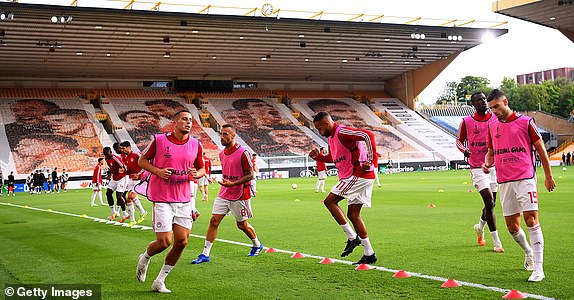 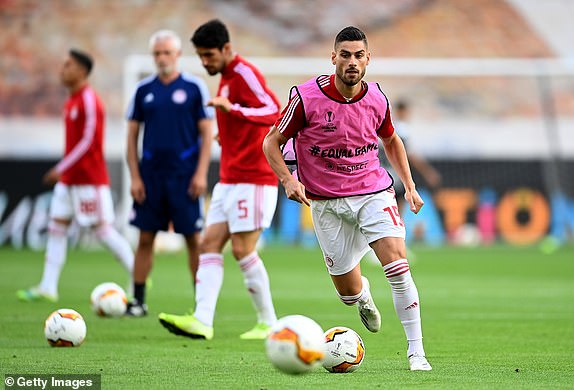 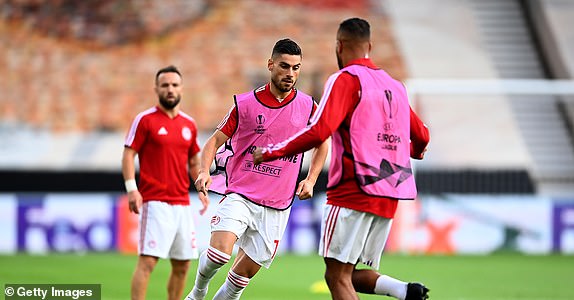 Hello and thanks for joining us for the second leg of Wolves’ Europa League last-16 clash against Olympiacos.

Nuno Espirito Santo’s side have the advantage thanks to Pedro Neto’s equaliser following Youssef Al Arabai’s opener in the first leg in Greece on March 12.

Stick with us for all the action.

Animosity lingers as Chelsea meet Liverpool in clash of cultures