The 22-year-old lost his place in goal to ex-Real Madrid shot-stopper Kiko Casilla during the season.

Leeds are open to selling the 32-year-old, though, despite the Spaniard only arriving in January.

Casilla still has four years left to run on his contract, however.

And that deal at Elland Road makes him the highest paid-player in the squad on £30,000-a-week.

Leeds are reluctant to continue paying that substantial salary in the Championship following their failure to secure promotion back to the Premier League.

Bielsa’s men fell just short in third place and missed out in the play-offs too as Derby progressed to the final where Aston Villa ultimately prevailed. 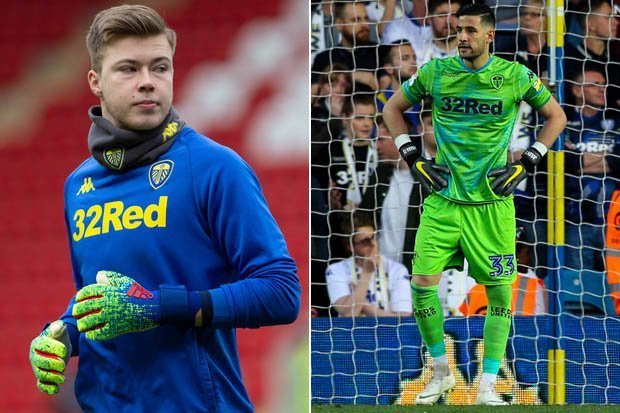 But the Northern Ireland international was then in goal for just one of the final 18 league games.

He has subsequently suggested: “If I stay at Leeds I’ll be staying at Leeds to play.

“The two scenarios would probably be I’m staying at Leeds and I’m playing or I’ll have to be elsewhere I think.”

That would see his deal extended beyond 2020, with his current one due to expire next summer.

“They said they wanted to open discussions on a contract but that was two weeks ago and I still haven’t heard anything,” Peacock-Farrell added.

“But then they also said that last season. We’re a season gone and it still hasn’t happened. I don’t know what to make of it.

“The aim is to be playing football, I have to. I’m not one of those goalkeepers who could be content with sitting on the bench and picking up a wage.”

The Yorkshire Evening Post adds that despite Peacock-Farrell’s stance, offloading Casilla would see Leeds search for a replacement in the market.