Kevin De Bruyne believes Europe’s top sides are wary of the threat of Manchester City in this season’s Champions League.

The Premier League champions underlined their early status as one of the Champions League favourites with a crushing 3-0 victory over Shakhtar Donetsk in Ukraine on Tuesday.

Manager Pep Guardiola described some of City’s football as the best of his tenure but, if it served as a reminder of the club’s power and ambition, De Bruyne feels it is one that was hardly needed.

“I think they [other clubs] are wary of us anyway,” De Bruyne said. “We lost against Lyon so it was important to recover and now we want to be first in the group. There are still three games to go and we have work still to do.

“We just try to win every game and see where that takes us but there are about 10 teams who could win it.”

City’s victory on Tuesday – secured with goals from David Silva, Aymeric Laporte and Bernardo Silva – took them above Lyon to the top of Group F.

They are now well on course for a place in the last 16 ahead of Shakhtar’s return visit to the Etihad Stadium in a fortnight. 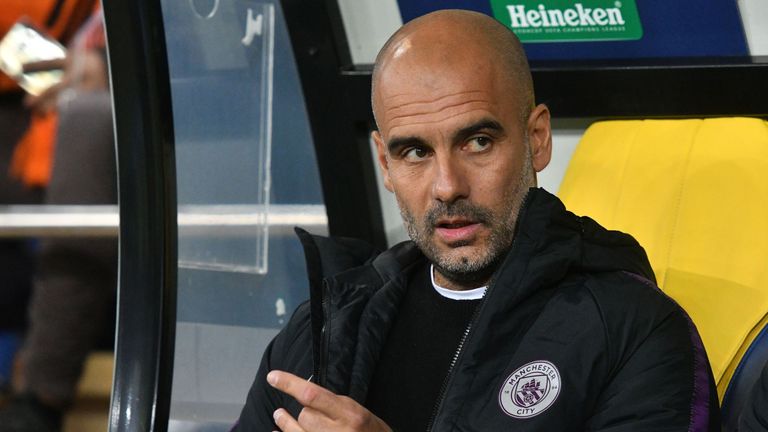 Although David Silva – who also hit the woodwork twice as City registered 24 shots – was the star of the show, De Bruyne also looked at ease.

The match was his first start of the season after two months out with a knee injury, and De Bruyne said: “I prefer to play than be on the sidelines, that’s for sure.

De Bruyne did not go as far as Guardiola in hailing the performance, however.

He said: “We play so many games that it’s difficult to say that. Each game has different aspects. We should have scored more but to go away from here with a 3-0 victory is good.”

The match was originally scheduled for Saturday at Spurs’ new stadium but – with that ground not ready – it was switched. It had to be staged on Monday because Wembley is hosting NFL at the weekend.

That has raised concerns over what state the pitch will be in and De Bruyne admits it could be tough.

Asked if he had played on an American football pitch before, he said: “Yes, in pre-season. It’s not nice, it’s going to be difficult.

“I’m not sure how it’s going to be. We hope it will be OK and we can play like we normally do. These games are the most important ones. We have to go and show our intent to stay on the top.