With only the group winners progressing automatically to the last-16 of the continental under-19 competition, Barlow’s spot-kick midway through the second-half could prove crucial to Nicky Butt’s side.

In truth, it was the least United deserved for a daring performance against the Italians, who twice took the lead against the run of play only to let United back in. 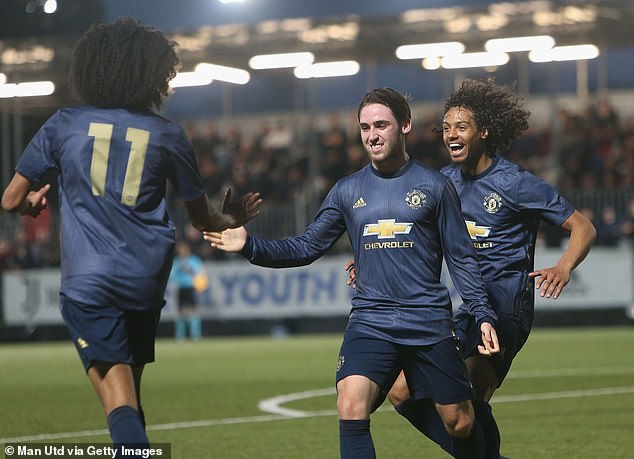 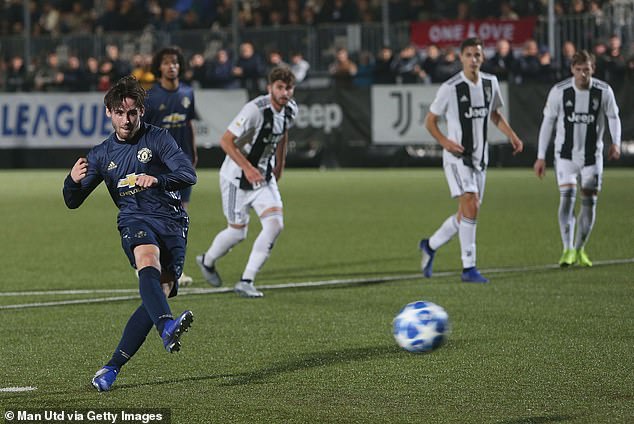 Ella Petrelli converted a penalty of his own to hand Juventus a first-half lead but Joao Serrao put through his own net for United’s deserved equaliser on the hour mark.

But Barlow had the final word to keep United three points ahead of their opponents at the top of Group H with games against Valencia and Young Boys still to come.

They also have the upper hand on the head-to-head record after a 4-1 win over the Italians a fortnight ago.

The side that finishes second in each group must play a qualifier from the Youth League’s Domestic Champions Path, which runs parallel to the main competition, in a play-off.

But United are favourites to make it into the knockouts automatically now as they preserved their unbeaten record at Juve’s training ground in Vinovo.

The first-half was one of few chances, though United probably shaded it in terms of possession and attacking threat.

Inside the opening eight minutes, the speedy Mason Greenwood burst into the clear ahead of Riccardo Capellini but goalkeeper Leonardo Loria was alert and raced off his line to block.

The defining moment of the opening period arrived on 20 minutes from a rare Juventus foray forward. 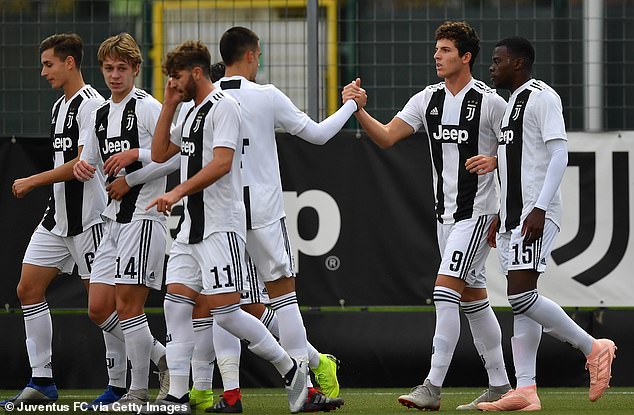 Juventus celebrate their opening goal, scored from the penalty spot by Ella Petrelli 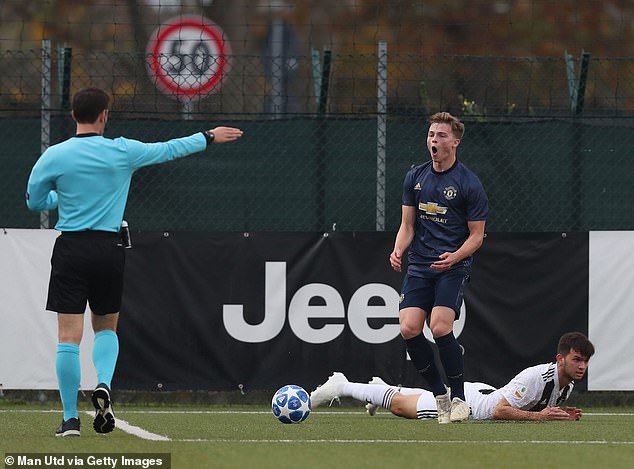 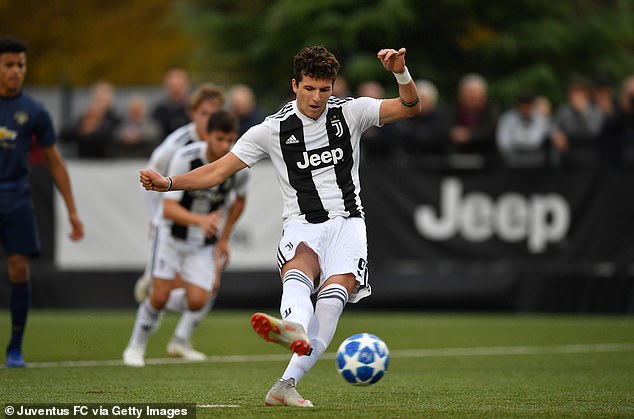 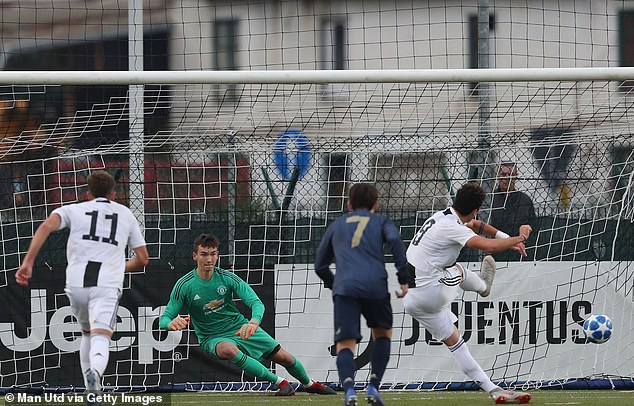 Kovar dived to his right, but Petrelli coolly slotted the penalty to his left to make it 1-0

Matteo Anzolin was picked out wide on the left by Nicolo Francofonte and found himself one-on-one with United right-back George Tanner, who clipped him just inside the box.

Turkish official Halil Umut Meler had little hesitation in pointing for a penalty, though Tanner and his United team-mates were pretty non-plussed by the decision.

United continued to look dangerous and won a trio of free-kicks in promising positions around the edge of the penalty area.

Captain Angel Gomes took responsibility but struck two of them into the wall. The third flashed inches wide of the near post with Loria scrambling to cover it.

United thought they’d levelled five minutes into the second-half. Lee O’Connor drove through the middle from defence and threaded a pass into Greenwood who scored with a crisp, angled finish.

However, the linesman correctly spotted that Greenwood had gone a fraction too early and United celebrations were cut short.

And as United continued to force the issue, Tanner had a head-in-hands moment when he skied his shot over an empty net following excellent build-up work by Greenwood teed up a sitter. 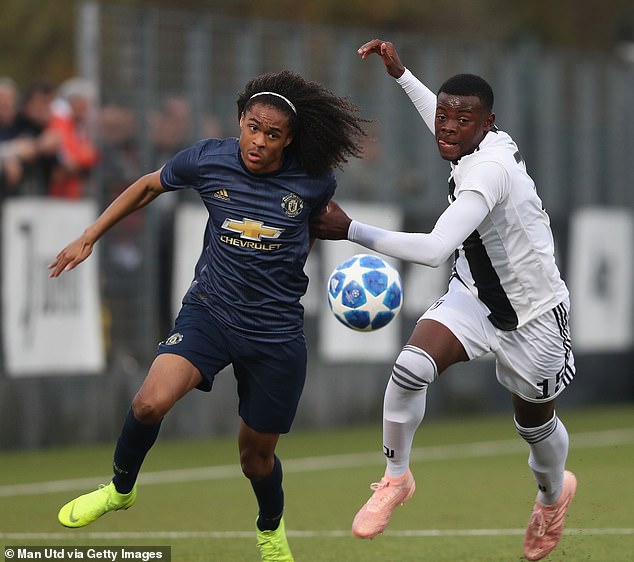 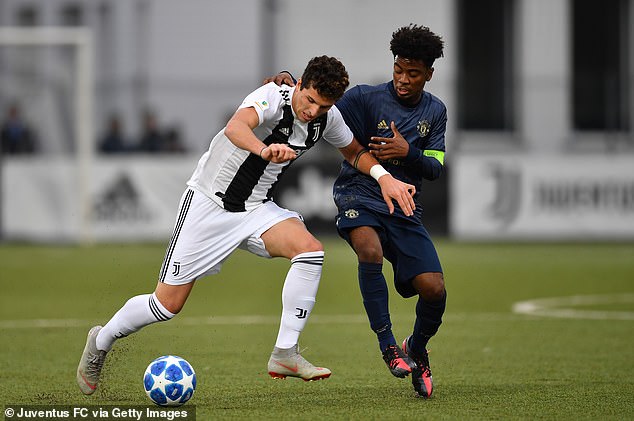 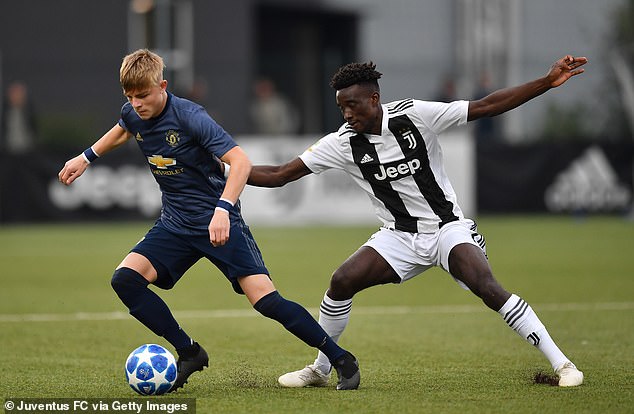 The visitors’ chances of an equaliser were increasing by the minute and it arrived on the hour mark.

Tahith Chong drove down the right-hand side and fizzed in a searching low cross that Serrao diverted past his own goalkeeper in attempting to clear.

It was a stroke of good fortune but all United deserved, but their parity lasted just a couple of minutes.

Petrelli, 30 yards from goal, played a superb reverse though pass that split the United defence and set Portanova clear. He made no mistake. 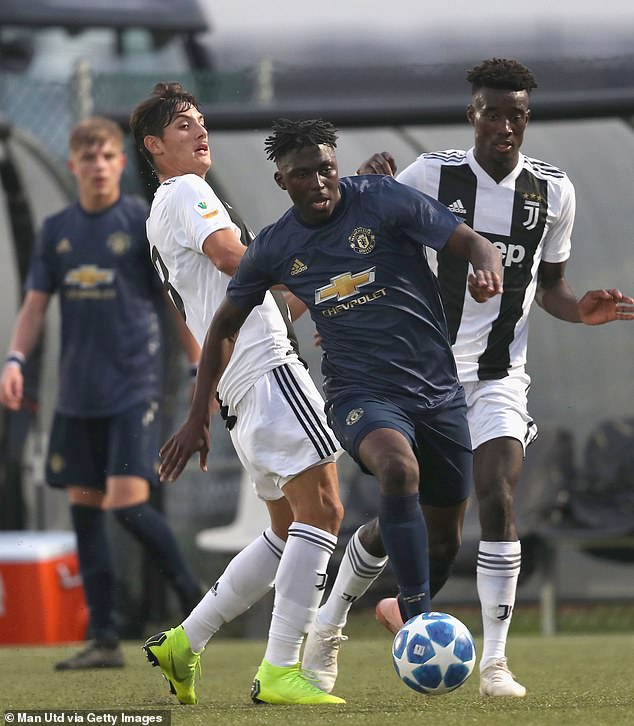 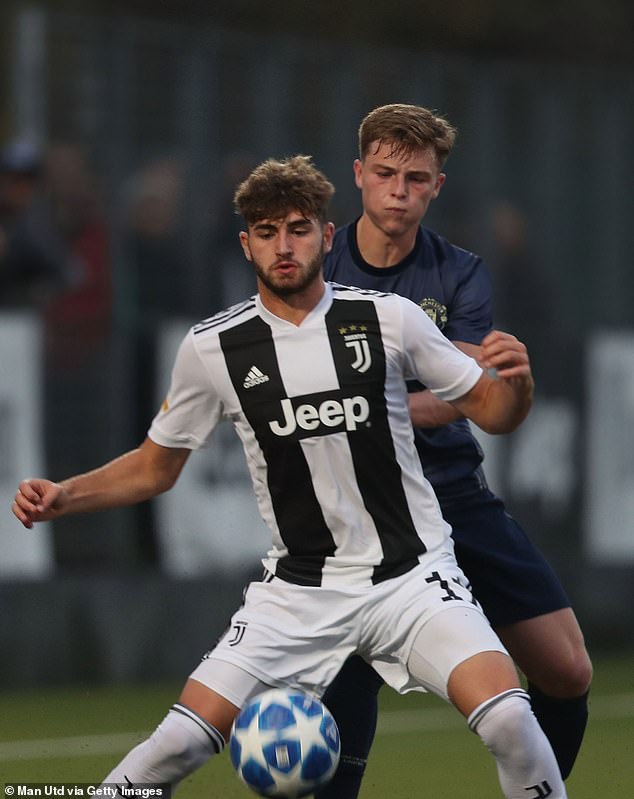 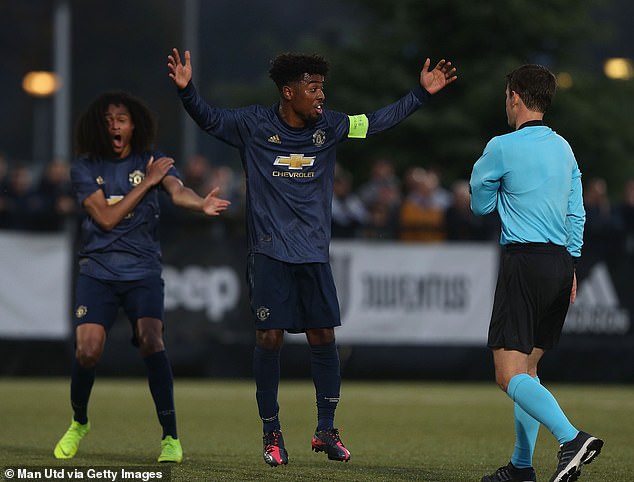 Suddenly we had a contest and it was then United’s turn to be awarded a penalty when Capellini clumsily brought down the rampaging Greenwood inside the area.

Barlow was forced to wait a good couple of minutes while Juventus made two substitutions, but kept his composure to convert the penalty.

United pushed for a winner, with Barlow then curling a shot marginally wide from the edge of the area, but a point was more than satisfactory in their toughest group match. 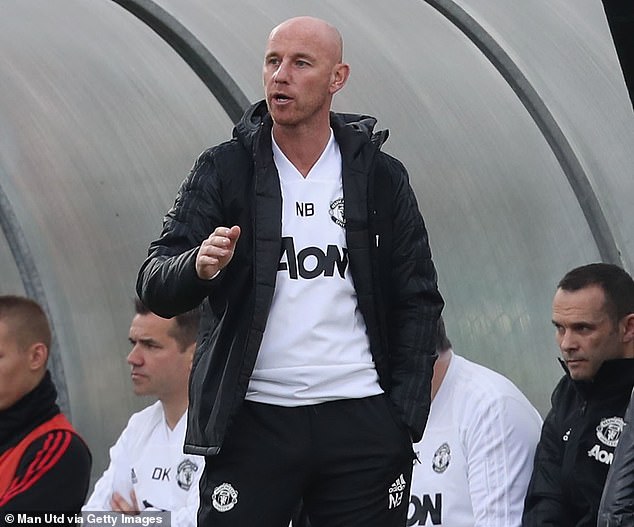 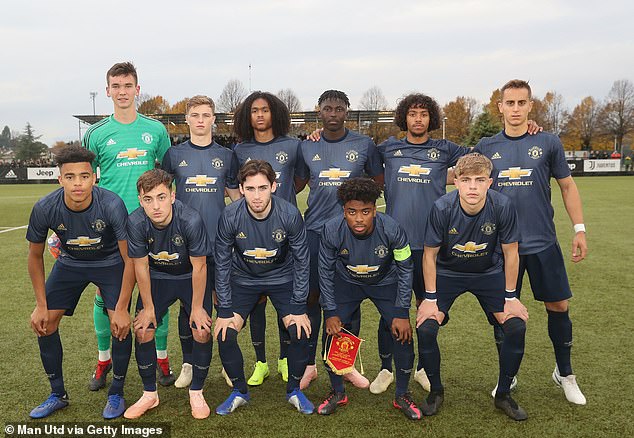 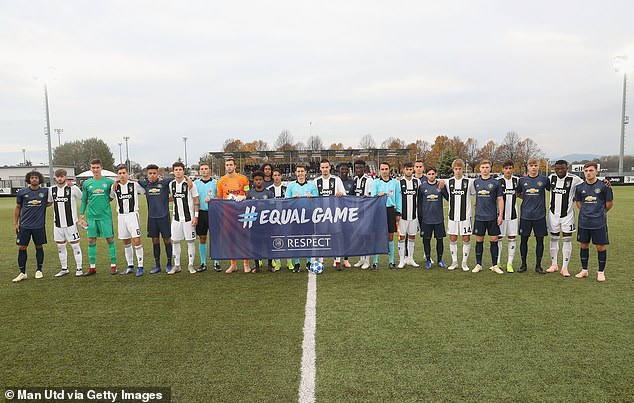