Juventus made their presence felt as early as possible at Old Trafford on Tuesday afternoon, parking a garish black and white bus outside the stadium.

The zebra-style coach will bring the players from their hotel to the ground for the Champions League tie, but the vehicle appeared to do an afternoon test run first.

Locals were under no illusion about who the bus belonged to, with the word ‘JUVENTUS’ emblazoned across the side. 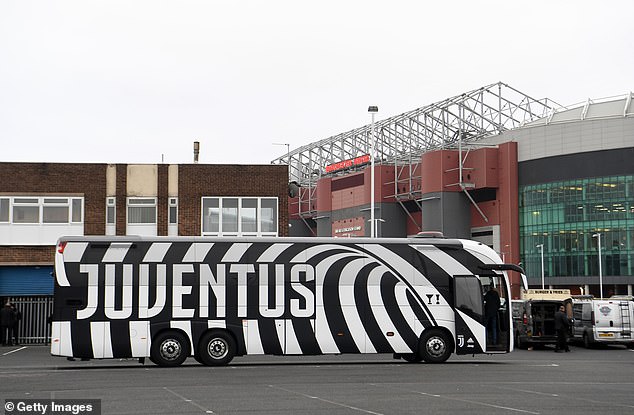 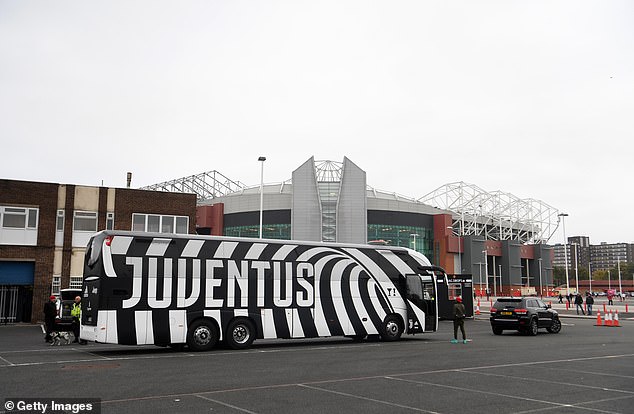 Later on this evening, it will escort Juve’s players, including Cristiano Ronaldo, to the stadium

The bus made its way into the car park mid-afternoon, which is not unusual for a foreign team visiting in the Champions League.

So as to avoid any unnecessary distractions or delays for the players, the club will do a dry run of the journey, usually dropping off some supplies to the away dressing room.

It is expected to be an emotional return for Cristiano Ronaldo, who is returning to his old club and will be given a raucous reception.

Ronaldo joined United from Sporting Lisbon in 2003, playing at Old Trafford until joining Real Madrid in 2009.

Juve currently sit top of Group H, but a defeat against Manchester United will see the English side leapfrog them into first place after the first three matches.

Valencia and Young Boys make up the other two spots, and they face off in Switzerland on Tuesday night. 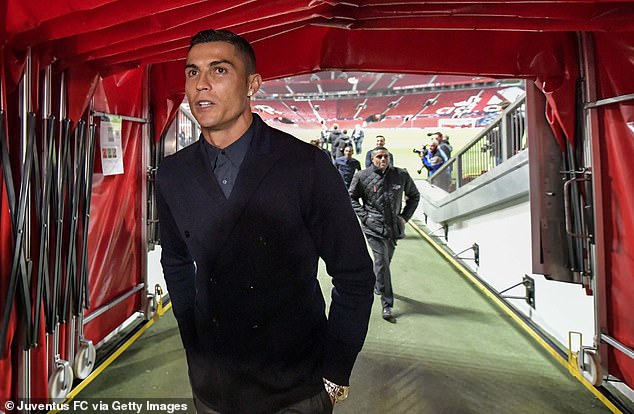 Ronaldo was at the stadium for a walkabout on Monday night, ahead of the European clash 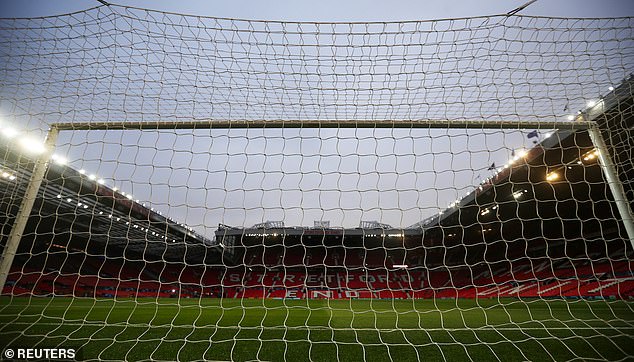