Juventus have made a decision on Paulo Dybala’s future in the transfer window this summer. It comes amid swirling interest from Manchester United and Chelsea.

Juventus have made a U-turn over their Dybala plans with their Champions League fate in the mix.

The Argentine had been mooted to leave at the end of the season with his contract expiring in 2022 and the club wanting to recoup a fee.

Several clubs had become interested in his services, including United and Chelsea – who are both keen on bolstering their attacking options. 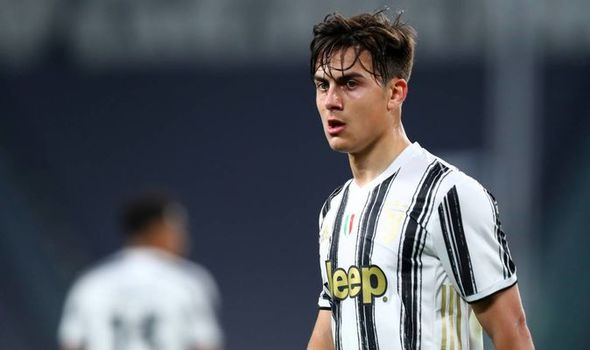 Dybala’s arrival would allow the three to drift around in attack, mixing it up and bamboozling opponents.

While at Chelsea, Thomas Tuchel has already toyed with the idea of a false-nine with Tammy Abraham and Olivier Giroud – more traditional strikers – have been left on the sidelines.

But according to Gazzetta dello Sport, via Marca, Juventus are shelving their plans to offload Dybala in the summer transfer window.

First-team coach Andrea Pirlo is under mounting pressure with the Serie A champions on the cusp of falling out of a Champions League spot.

That is unheard of considering the fact that Juve have won the last nine league titles in Italy.

It means Cristiano Ronaldo will look to leave the club with him having no wish to play in the Europa League.

Even if Juventus do finish in a top four spot, the Portuguese superstar is contemplating a departure anyway after their shocking form in Europe’s elite competition – which saw them knocked out by Porto in the Round of 16.

Losing such star power would have a detrimental effect on Juventus going forward and they cannot afford to lose him and Dybala in the same summer.

United were closest to signing the former Palmero ace back in the summer of 2019 but an agreement could not be reached in time.

Problems arose over Dybala’s image rights – a similar issue Tottenham ran into when they tried to land him as well.