Jose Mourinho revealed he believed that David de Gea was a ‘bit lucky’ to be handed a bumper new contract at Manchester United.

The club’s Spanish goalkeeper recently put pen to paper on a reported £375,000 a week deal, and put an end to speculation that he could move away at the end of the season.

But former United boss Mourinho admitted on Sky Sports that he was left confused with the club’s costly decision. 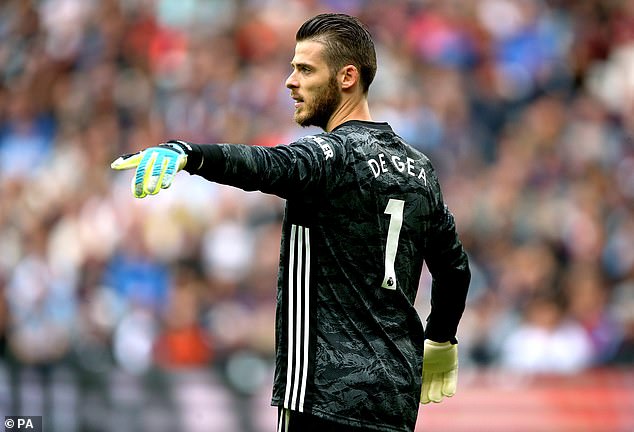 When asked whether he had scrapped for a new deal for his former goalkeeper at Old Trafford, the Portuguese tactician said: ‘Yes, but I think the moment where he signed his huge contract is the moment where I don’t think United needs to pay as much as that to have him.

‘Because for one or two years ago he had the world after him, and in this moment where he signed his incredible contract I think the majority of the big doors were closed.

‘[The] Real Madrid door is closed. They don’t sign a goalkeeper after [Thibaut] Courtois.

‘Barcelona is closed with the young and fantastic [Marc Andre] ter Stegen.

‘Paris Saint-Germain is closed. They signed Keylor Navas, who is a very good goalkeeper and 34-years-old for a goalkeeper is not a problem at all. 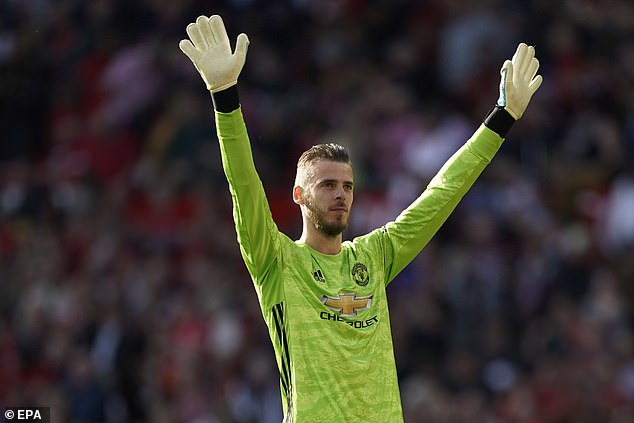 De Gea was handed a reported £375,000 a week deal to end to speculation he could leave

‘I don’t see United under pressure because David is going to disappear. Who is going to pay David these numbers?

‘So I think he gets a phenomenal contract in the moment where he’s a bit lucky to get it.’

Mourinho also believes that de Gea must work on several aspects of his game, after the Spanish international had been heavily criticised for a string of costly errors.

‘In the same way I was saying [Victor] Lindelof is very good on these aspects and not as good in other aspects of the game, I could say the same about David.

‘David is much better on the line than he is coming out, so the difficulties you can feel with Lindelof not being dominant in these aspects of the game, it’s not David who is going to resolve this kind of problems. 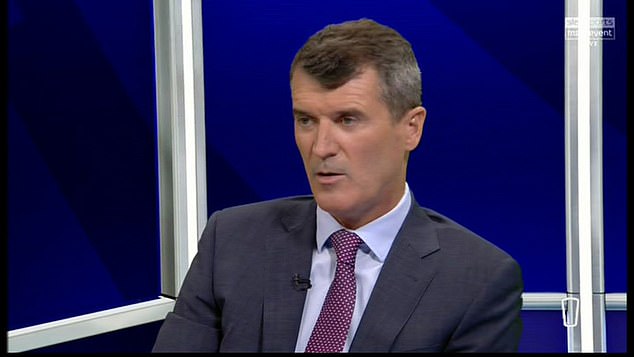 ‘But I think in goal his agility, his technical level, is second to none.’

‘I’m not convinced by his character, putting demands on others,’ the outspoken Irishman said.

‘Technically he’s a good goalkeeper, there’s no getting away from that.

‘But I think it’s more the package. I’ve always had my question marks over him.’