'It was shameful and unforgivable': Kenny Miller slams ex-club Rangers

‘It was shameful and unforgivable’: Kenny Miller slams Rangers for his exit and says ‘I’d never treat my worst enemy like that’

Veteran striker Kenny Miller has branded his treatment by Rangers prior to his departure last year as ‘shameful’ and ‘disgusting’.

The 39-year-old insists that the way he left the Ibrox club was so unpleasant he wouldn’t have wished it on his own worst enemy.

Former Scotland international Miller was fined and suspended, along with team-mate Lee Wallace, for an alleged dressing room bust-up with then caretaker boss Graeme Murty in the wake of a humiliating 4-0 Scottish Cup semi-final defeat to Celtic at Hampden in April 2018. 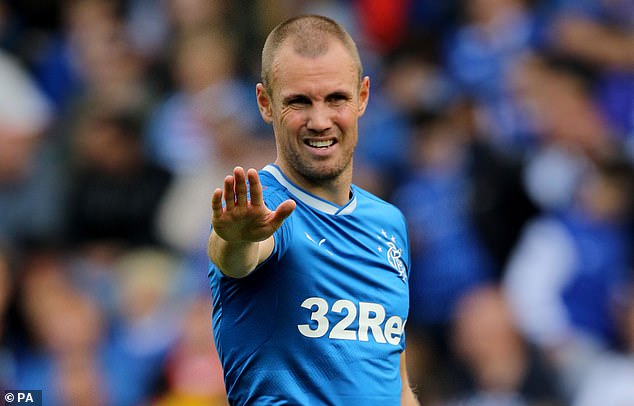 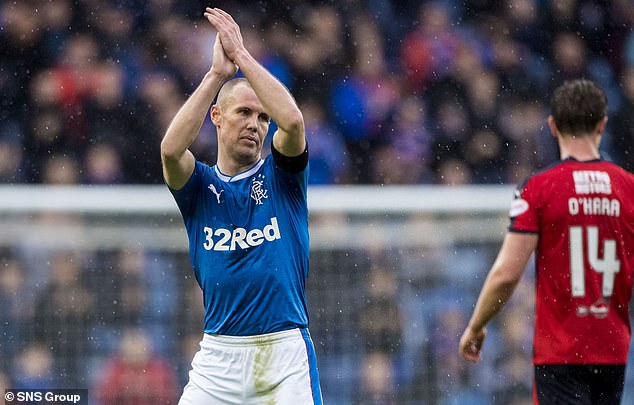 The 39-year-old striker was in the third spell of his career at Ibrox, but departed on bad terms

The pair, who did not play in the game, were later cleared after an SPFL appeal, but Miller left the club under freedom of contract that summer.

Former captain Wallace remained frozen out at Ibrox before leaving for Queens Park Rangers in June of this year after his own deal expired.

Now, in a scathing attack on the club where he spent three spells spanning 18 years from 2000, Miller — who now plays for Partick Thistle after a spell as player-manager at Livingston and then as a player for Dundee — alleges that Rangers made himself and Wallace ‘scapegoats’.

And he claims that some of those operating behind the scenes at Rangers are ‘not the right people’.

He said: ‘A lot of things happened in my last six months at that football club that were unforgivable — unforgivable actions by people. 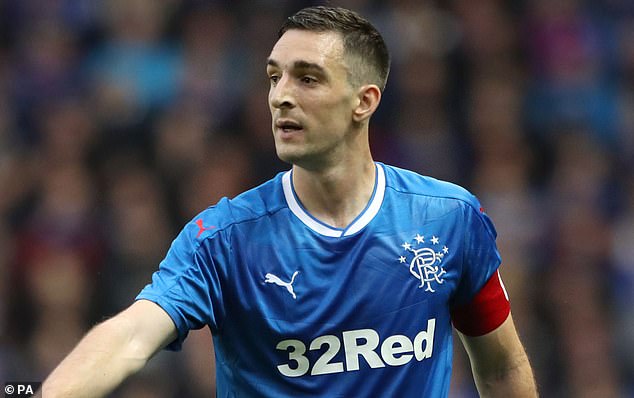 ‘It’s not about forgiving, or looking for retribution. The word more than any is disappointed.

‘I would never treat anybody the way that both myself and Lee Wallace were treated. I’d never treat my worst enemy like that.

‘People at the football club wanted to make scapegoats of people to mask their own deficiencies and Lee and I were hung out to dry.

‘It was shameful and, like I said, unforgivable. It’s actually disgusting what happened with me and Lee.

‘Even the following season, Lee was stuck there. I had to leave the club that I love and not in the way that I wanted.

‘I don’t even mean having a big “thanks, Kenny, for your service”. I’m talking about staff members that you’ve had a relationship with since 2000.

‘There are still people working there now that I knew from 2000, so you’re talking an 18-year span.

‘I never even got to say “bye” to them, and I know that potentially I’m not even welcome back.’ 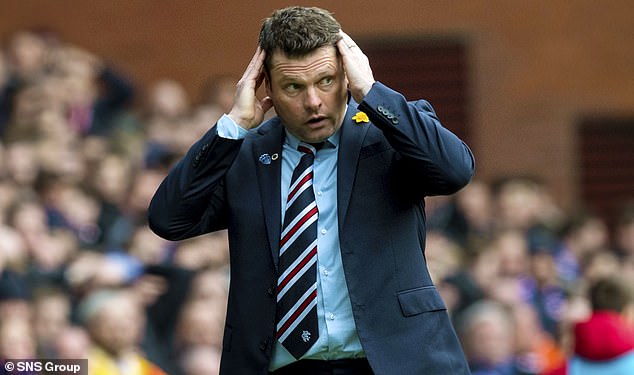 Prior to the incident with Murty, when Pedro Caixinha was manager, Miller was axed from the Rangers team after stories emerged about dressing-room bust-ups between the Portuguese boss and his players after a 2-0 loss to Celtic in September 2017.

At the time, Caixinha spoke of leaks being plugged at the club, and Miller’s demotion to the Academy pointed the finger at the veteran striker.

But Miller says he has no idea why he was overlooked and believes that Caixinha was merely working to orders at Ibrox.

‘Pedro behaved the same way (towards me) because I think it was people behind who were making decisions,’ said the forward.

‘Pedro had his issues and normally on the back of Old Firm defeats was when those issues came. 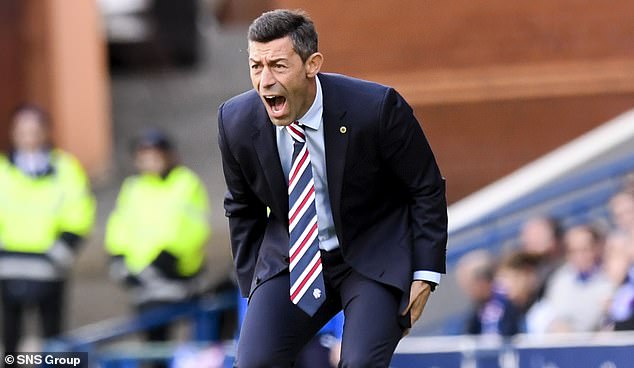 Before Murty, the manager was Pedro Caxinha who opted to drop Miller in the 2017-18 season

‘So I was out of the team, but training every day, no issue with the manager.

‘He had a culture of shaking everybody’s hand in the morning, and every morning I shook his hand. I just wasn’t getting selected for squads, but with no reason behind it.

Miller knew his time was up at Ibrox for good when he slipped out of the picture even after Caixinha had been sacked.

He told the Football Daft Podcast: ‘I’m out the team, Pedro’s relieved of his duties, Murty takes over again, and I’m back in the squad.

‘I scored two and captained the team for the next eight games.

‘I always believed that I could bring something to the group, but then I got injured at Easter Road.

‘I think I missed maybe three or four games going into the winter shutdown.

‘After that break I was always going to be back, but in that time there was a change in atmosphere.

‘I was told we were going to Florida but I wouldn’t be going. I actually burst out laughing, because I knew it was coming.

‘I knew what was going on in the background. Graeme and I had actually had a decent enough working relationship and, for some reason, overnight it just went.

‘There were injured players there (in Florida), but me and Lee (Wallace) were left back home.

‘That season, that had happened to me twice, and even the season before (former Rangers manager) Mark Warburton had been trying to get me a new contract from November, December (2016).

‘I never signed a new contract until after the Aberdeen game where I scored two goals up there and we won 3-0 under Pedro (in April 2017).

‘I thought I was done (at Rangers) at that point. I didn’t think I was going to get a new deal. I’d been at the place long enough and I know how these people are operating.

‘I still love the place, but there are people within it who, for me, are not the right people.

‘I’ve had to live through and work with some of these people and I know they’re not right. 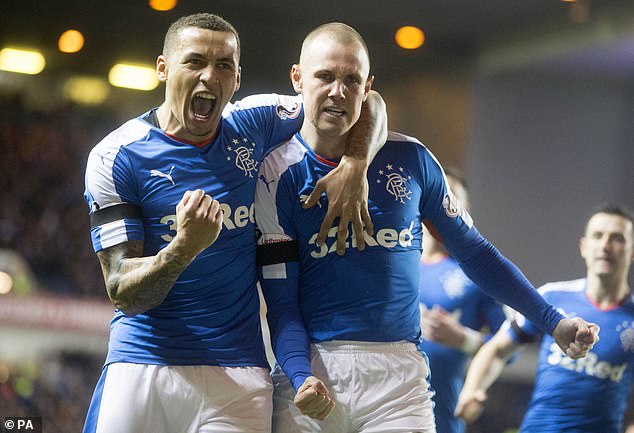 ‘I still feel, even now, I could have given something to that group.

‘Even if that was as a back-up player, or even just having an influence off the field. I’m not saying I should be there right now.

‘I’m 39 and I probably shouldn’t be there as a player, but I felt I could have had a role.’