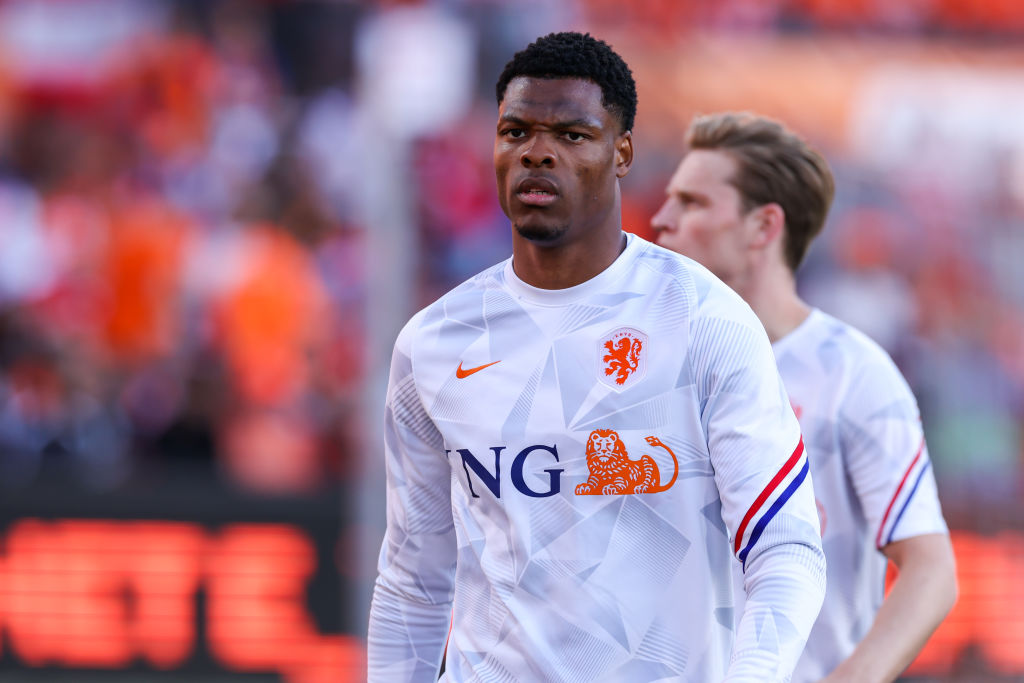 Inter Milan are willing to sell Denzel Dumfries this summer and will accept a bid in the region of £26million from Manchester United for the Dutchman.

Erik ten Hag has identified the 26-year-old as a target, having been impressed with the way he’s adapted to Serie A since leaving PSV in 2021.

Inter paid around £11m for Dumfries just 12 months ago and he impressed during his debut season at the San Siro, making 45 appearances in all competitions as the club finished runners-up to rivals AC.

United are focused on signing Frenkie de Jong from Barcelona but the club are working on other targets, with Ten Hag keen to strengthen at right-back.

Dumfries, an orthodox right-back, could provide the attacking thrust that United have lacked with Aaron Wan-Bissaka occupying the position since his arrival from Crystal Palace in 2019.

And the Daily Mail say that Inter are willing to accept a fee in the region of £26m for the Netherlands international.

Dumfries is said to be keen to stay at Inter but should he have to leave then United are his first choice as he’s keen to work with Ten Hag.

That’s an achievable fee for United, particularly as the club have more expensive targets in midfield and attack.

Barcelona are seeking around £72m for De Jong, while United’s opening offer for Ajax winger Antony is said to be around £38m.