I t was Ian Wright who spoke the most sense, cutting to the fundamentals of what England’s run to a European Championship final must bring.

‘If there’s no legacy to this, like we had with the Olympics, then what are we doing?’ he said on Tuesday night. ‘If girls are not allowed to play football in PE, just like the boys can, what are we doing? We have got to make sure they are able to play.’ That’s a lot easier said than done.

The stubborn, distinctly misogynistic resistance in this country to the notion that football is a game for girls has translated into a school system in which access remains terribly poor. 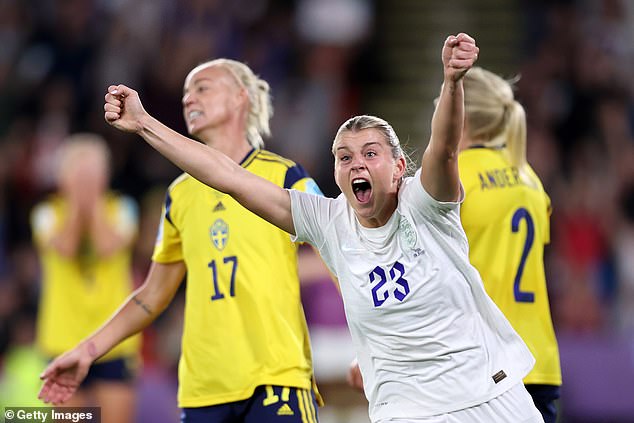 It is traditional at a moment like this for colourful ‘legacy’ documents to be issued by a tournament’s host nation, outlining how the wild enthusiasm of young supporters will be harnessed for the future of the game. And yes, the FA have re-circulated their 23-page document in the past few days.

But the good news for parents whose daughters now want to backheel it like Alessia Russo is that the game’s governing body is several years into the nuanced and complicated task of ensuring football is available to them at school. The FA have had their detractors in recent years, though the groundwork undertaken to meet the new demand of these Euros is unimpeachable. 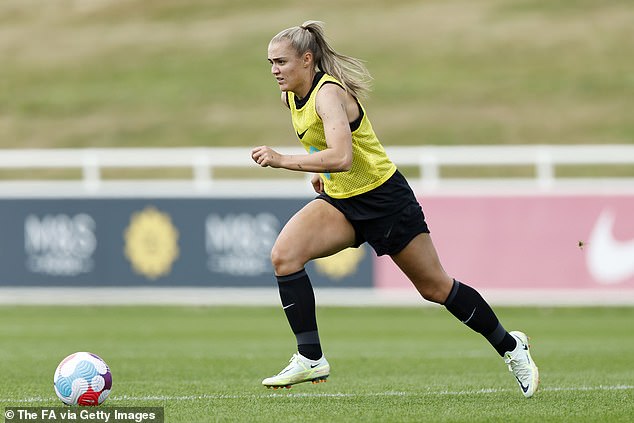 Girls will tend to feel far more self-conscious about playing football. So much more of girls’ participation is linked to confidence. The FA have worked with teachers, trying to help them to tap into the way some girls think.

‘We want to help teachers — training them, without patronising them — to differentiate between boys and girls,’ the FA’s head of women’s football, Baroness Sue Campbell, tells Sportsmail.

She and her staff have involved commercial partners such as Disney, who have developed a lunchtime programme tailored for girls, and Barclays, who have funded the creation of 100 school ‘partnerships’ — clusters of schools working to ensure equal access for girls.

A total of 9,500 schools have signed up to the clusters. At secondary school level, it’s been a question of convincing headteachers that introducing football to girls’ PE curricula which have traditionally entailed netball and hockey is worthwhile. The FA have found that by showing that football lessons can also teach resilience, self-responsibility and decision-making, they can get football over the doorstep.

Getting boys playing football has never been so complicated or strewn with so many challenges, though all the evidence suggests it’s already been worth the effort.

There was an overwhelming appetite for football among girls long before Tuesday’s rout of Sweden. Thousands are playing beyond school, at the FA’s network of 1,600 Wildcat clubs targeted at those who still need to develop confidence and physicality and are self-conscious about playing.

The aim is to establish 3,400 Wildcat clubs by 2024. Schools do not present the only challenge. At the top end of the youth system, the development of an elite player development system, feeding professional clubs, means girls now being asked to train two or three times a week at academies far removed from the inner cities.

Fine for Georgia Stanway, whose PE teacher father drove her on the four hour round trip from Cumbria to Blackburn Rovers every Monday, Wednesday and Saturday. Not so great for the girls from lower socio-economic backgrounds who do not have the means of making the trip.

Not least because girls still have to pay to play in the academy system, while the boys are not only paid to do so but are transported to and from training by clubs. ‘There isn’t the resource in the women’s game to do that,’ Kay Cossington, the English FA’s head of women’s technical development, told ESPN last week. 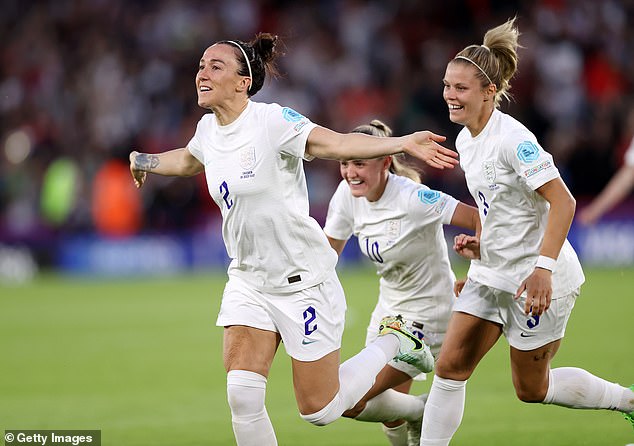 In part, this explains the distinct lack of diversity in the England team. The FA has set up the ‘Discover My Talent’ programme in 2021, a referral system that can create a pathway for any girl who is perceived to have that talent. There have been 1,666 referrals in its first year, with 204 referred further up into the talent-spotting system.

The FA’s goals for beyond these Euros look challenging. By 2024 they want every primary school girl to have the same access to football provision as boys and 75 per cent of schools to provide equal access to football within PE lessons for girls. The England team’s progress to the final will help in manifold ways. Head teachers will find parents demanding more football.

And those girls who were once embarrassed by the idea of pursuing the sport the boys played so freely will be fortified by watching Russo, Lauren Hemp and Beth Mead out on a football pitch, having the time of their lives.