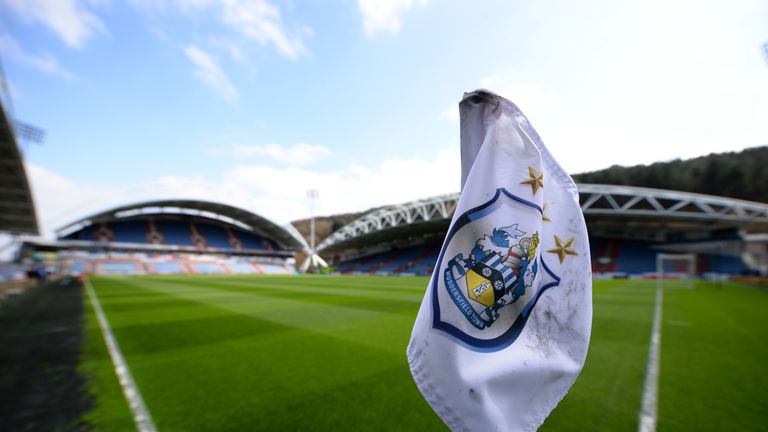 Huddersfield could face FA punishment after the club were asked to explain their new heavily-branded shirt.

The club, relegated from the Premier League last season, have caused a stir by unveiling a shirt with a huge sash across it with their new sponsors ‘Paddy Power’ written down it.

The crest has also moved to the middle of the shirt with the club stating ‘the new home kit features a modern spin on the traditional blue and white striped home shirt thanks to new title sponsor.’

However, according to FA regulations there can only be one single area on the front of the shirt not exceeding 200 square centimetres for a sponsor – with the new design clearly contravening this.

? #htafc's new home kit for the upcoming 2019/20 season has today been revealed!

And although many fans have taken to social media to suggest it could be part of an elaborate PR stunt, the club could still face punishment for the heavily-branded shirt regardless after turning out in the kit for this evening’s pre-season friendly at Rochdale.

An FA spokesperson said: “The FA has clear Kit & Advertising regulations for all club matchday kits.