Hodgson pleased Palace were not ‘battered’ by Chelsea

‘We were not battered’: Roy Hodgson pleased with Crystal Palace’s efforts despite defeat to unbeaten Chelsea

Roy Hodgson was disappointed but not disheartened after Crystal Palace’s defeat at unbeaten Chelsea.

Alvaro Morata scored either side of Andros Townsend’s equaliser, before Pedro’s strike put daylight between the two sides at Stamford Bridge.

Palace looked dangerous going forward and Hodgson did not feel they were overwhelmed by their in-form opponents. 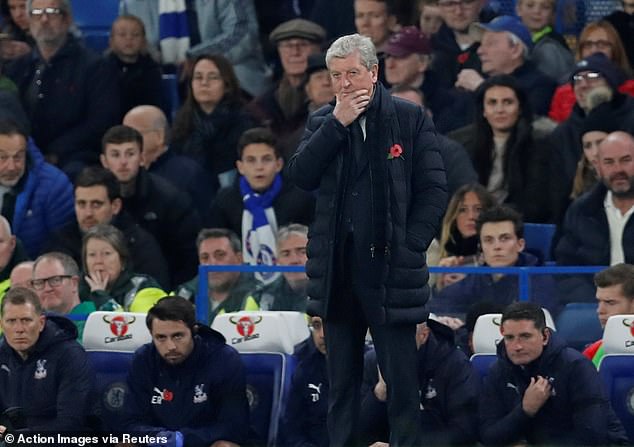 He told Sky Sports: ‘I don’t think we were in any way battered by Chelsea today. We gave it our best shot.

‘I don’t think, quite honestly, we were under the cosh by any stretch of the imagination.

‘The two strikes of Morata’s were very clinical. They took their goals well.

‘We played well enough to get back into the game and scored an equalising goal.

‘They got the free-kick for the second goal and that puts you on the back foot. They were all well-taken goals.’

Palace are just three points outside of the relegation zone after 11 games and host Tottenham next week, before a trip to Manchester United after the international break. 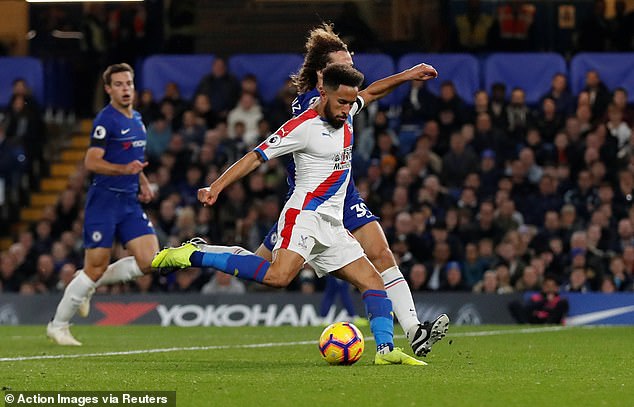