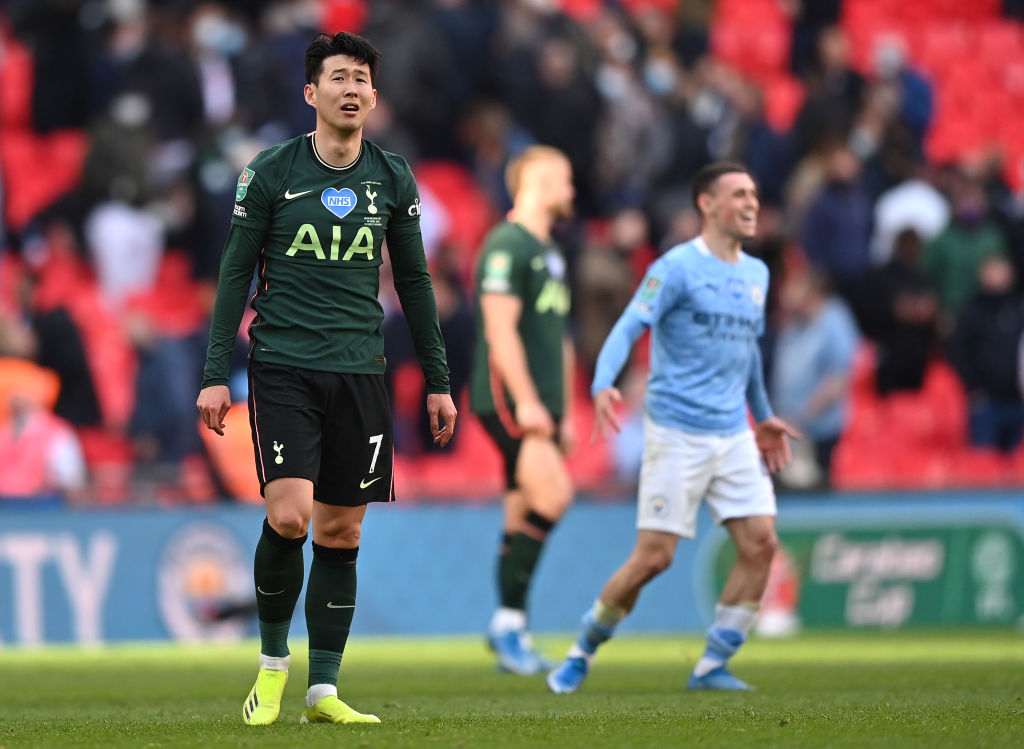 Tottenham forward Heung-Min Son was consoled by Kevin de Bruyne and Phil Foden after breaking down in tears following his side’s 1-0 defeat to Manchester City in the Carabao Cup final at Wembley.

Pep Guardiola’s side picked up the trophy for the fourth season in a row thanks to a late goal from Aymeric Laporte.

It was Son’s first final with Spurs since joining from Bayer Leverkusen in 2015 and the South Korean was inconsolable at the full time whistle, as he broke down in tears as the majority of City’s squad celebrated their record-equalling triumph.

The 28-year-old was consoled by De Bruyne and Foden but they could do little to ease the pain of the defeat, with Son yet to win a trophy in his career.

Riyad Mahrez was named the Man of the Match after the Algerian’s impressive display.

City dominated throughout in London and Spurs were lucky to keep a clean sheet until the final nine minutes, with Foden, Raheem Sterling and Mahrez all going close to breaking the deadlock.

It’s the first part of what City will hope will become a treble, with Guardiola’s men needing seven more points to win the Premier League title.