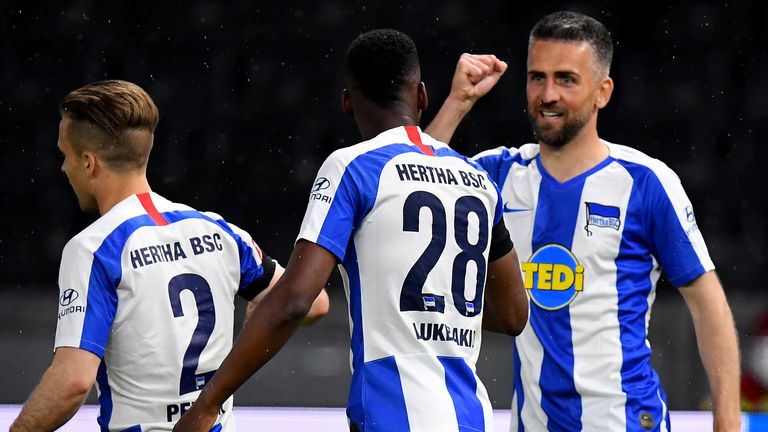 Four second-half goals helped Hertha Berlin to a derby victory over Union Berlin as the hosts celebrated their second successive win since the Bundesliga resumed.

Hertha brushed aside their city rivals thanks to second-half goals from Vedad Ibisevic, Dodi Lukebakio, Matheus Cunha and Dedryck Boyata to follow up Saturday’s 3-0 win at Hoffenheim when the league restarted after two months of inactivity due to the coronavirus pandemic.

Played behind closed doors, the result lifted Hertha one place up to 10th on 34 points from 27 games while promoted Union, who won the reverse fixture in November 1-0 thanks to a late penalty, stayed 12th on 30 points.

Visiting keeper Rafal Gikiewicz pulled off four excellent saves to deny Lukebakio and Cunha before Ibisevic opened the floodgates in driving rain when he headed home an inch-perfect cross by Marvin Plattenhardt in the 51st minute.

Hertha doubled their lead barely 20 seconds later as they won possession straight from the restart and Lukebakio rounded Gikiewicz before he steered the ball home with a clinical finish from 10 metres.

Both scorers had to keep their teammates at bay from joining the celebrations, in line with the rules put in place for a return to action, which Hertha broke in their win over Hoffenheim, prompting a warning from league officials. 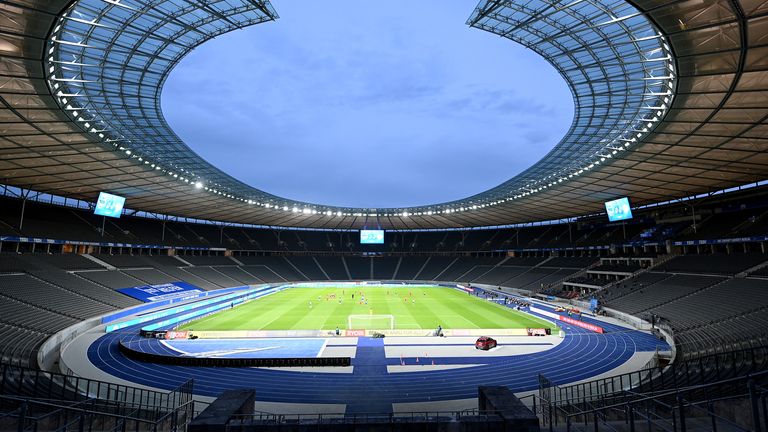 The lively Cunha added the third on the hour with a sizzling low shot into the far corner as he showed some neat footwork before Ibisevic teed him up on the edge of the penalty area.

Belgian defender Boyata put the icing on the cake for Hertha when he powered in a 77th-minute header from a Plattenhadt corner, with toothless Union offering nothing at the other end.