The best thing about the Europa League is it can take fans to football outposts that they might never have considered visiting. In normal times, Manchester United supporters would have flooded into Granada in droves for tomorrow’s first leg of the quarter-final. Fans will miss out on what should have been a joyous experience.

This is Granada’s first season in Europe. Too few people know about the pleasures of visiting the Estadio Nuevo Los Carmenes. The stadium is not the most attractive venue. The ground was opened in 1995 and holds little more than 20,000 people. It has an ugly exterior and when the team were promoted to La Liga in 2011 after a 35-season absence, the open corners of the stadium were filled in with scaffolding structures to provide extra seating. This is not one of the game’s grand stages. Yet the tight, three-tiered stands are a fine place to watch football and the setting is splendid.

The stadium is framed by the Sierra Nevada. At this time of year snow covers the mountains. It takes less than 30 minutes to get from local ski resorts to the turnstiles. Anyone who fancies a day on the piste could easily go in the morning and be back in plenty of time for the match.

The city, rather than the slopes, is the biggest attraction. Seville is inland Andalusia’s biggest drawcard but Granada is the region’s underappreciated gem. The central district, one of the most magnificent in Europe, is little more than half an hour’s walk from the ground. The Alhambra, one of the great medieval Islamic palaces, is a must-see landmark. Across the steep valley of the Rio Darro is the Albaicín, a crowded hillside of whitewashed Moorish houses cut through with narrow, winding alleys and lanes. The Renaissance Cathedral is surrounded by stylish shops and cafes. In Sacromonte, where gypsies traditionally live in cave dwellings, flamenco venues abound.

The bar culture makes Granada different to almost any other city in Spain. This is the home of tapas. The small plate of food served with a drink is said to have been invented here. It is considered one of the signature characteristics of the town. Unlike in other cities, the food is provided free.

This can range from bread, ham and cheese to squid and more exotic dishes. In the working class bars the fare tends to be robust. The hostelries close to the stadium – some just a minute’s walk from the gates –provide complementary burger-style rolls filled with pork on matchday. It is a travelling supporters’ dream.

The best places to eat and drink are in the central zone but the atmosphere around the ground buzzes before kick off. There is a clear sense of club, community and city. It does not feel commericalised. You do not get this outside the Bernabeu or the Nou Camp.

Granada may not be back in Europe for a while. Their seven-place finish in La Liga last season was their highest since the early 1970s. Unless they win the trophy in May it is unlikely they will qualify for next season’s Europa League. This quarter-final against United will probably be a once-in-a-lifetime event.

There will be almost no chance of a repeat when the new 36-team Champions League format is introduced in three years’ time, especially if the idea of historical coefficients is rubber-stamped by Uefa. The notion of an annual free pass for the biggest sides into Europe’s primary competition would reward the undeserving and deny smaller teams the chance of a tilt at poorly-performing megaclub.

The pandemic has taken away Granada’s opportunity to play at a packed Old Trafford. United supporters may never be lucky enough to spend a couple of days in one of the Continent’s most unique cities to watch their team play there. 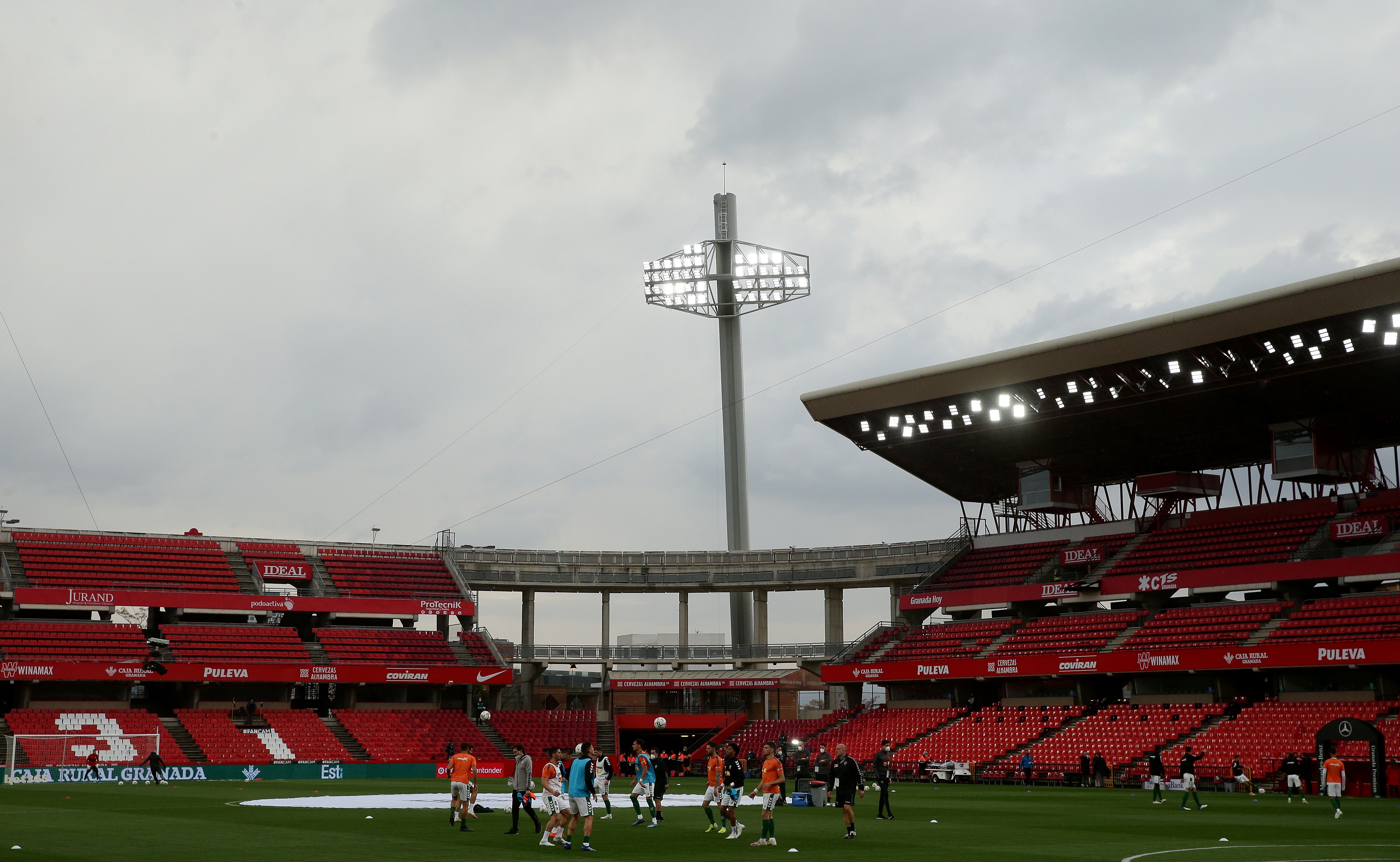 But it is wider than that. When the restructured Champions League arrives – or even worse, a Super League – the competition will increasingly be distilled down to the most powerful clubs facing each other in huge stadiums before massive television audiences. The sport will lose something of its soul.

It is unfortunate that United supporters cannot be in Granada tomorrow to enjoy an adventure in Andalusia. Coronavirus means that cannot be helped.

What can be avoided is football changing the nature of competitiveness in pursuit of money. Unfortunately, the process is inevitable. Cash is king.

The game’s backwaters are some of the most delightful places to visit and a throwback to a different age. If a ringfenced, corporatised elite push them further towards the margins, it will be a sad day for the sport.