Gianfranco Zola was full of praise for Mason Mount and Fikayo Tomori after the two Chelsea loanees impressed for Derby County in their Carabao Cup defeat at Stamford Bridge.

Chelsea had granted dispensation for both Mount and Tomori, who are spending the season on loan with Frank Lampard’s team, to play against their parent club on Wednesday night.

Tomori scored an unfortunate own goal early on but performed well thereafter, while Mount once again showed his class following a fine start to the season. 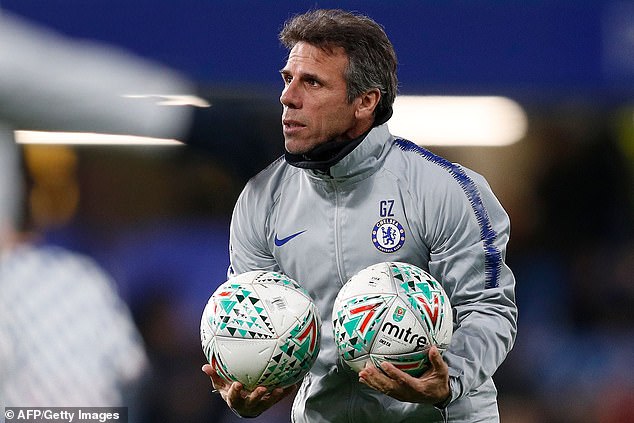 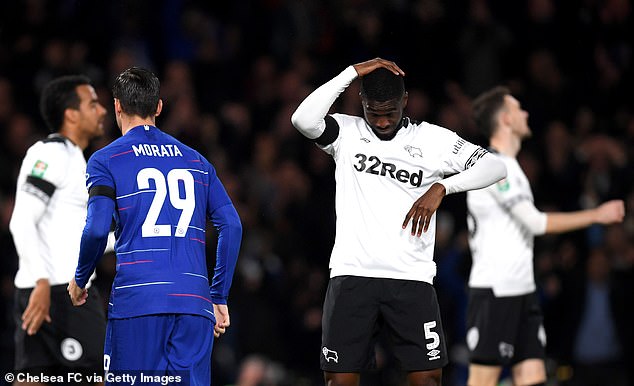 Derby defender Fikayo Tomori, who is on loan from Chelsea, scored an unfortunate own goal 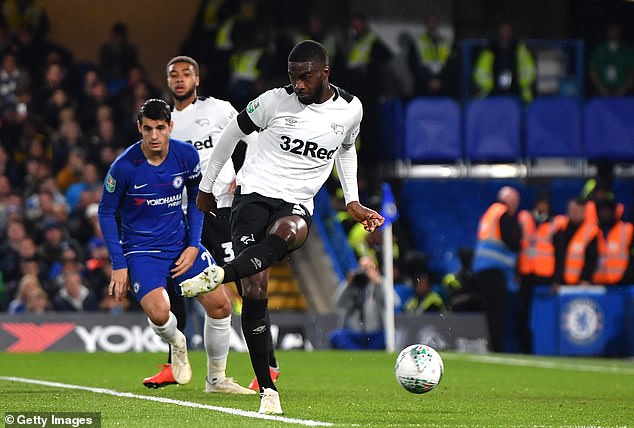 And Chelsea assistant manager Zola said: ‘He [Tomori] was unlucky with the own goal, but the performance he and [Richard] Keogh put on afterwards was excellent.

‘It happens. If he hadn’t touched the ball, [Alvaro] Morata would have scored a goal. He played well.

‘Mason Mount played excellent. It looks like they’re in good hands. They’re doing very well for the team. The coaching they’re getting is excellent.’

Derby, who are coached by Chelsea legend Lampard, went behind when Tomori inadvertently deflected a cross into his own net. 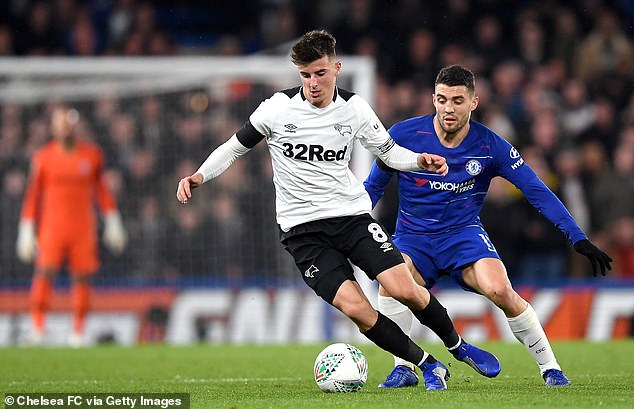 Mason Mount, also on loan at Derby from Chelsea, performed well in the midfield 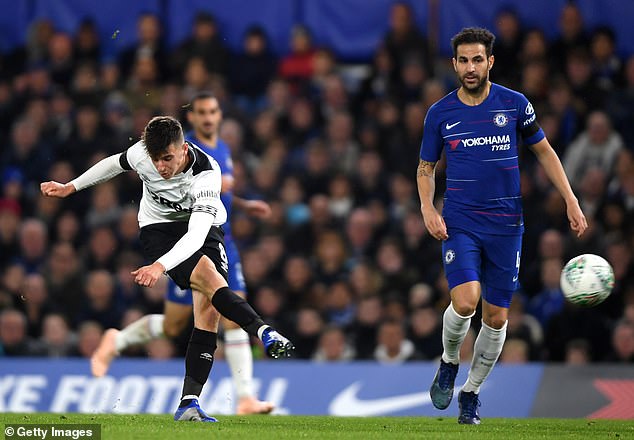 Mount takes aim for goal during the Carabao Cup tie at Stamford Bridge, which Chelsea edged

Jack Marriott equalised for the Championship promotion-chasers, but a Keogh own goal restored Chelsea’s lead.

Martyn Waghorn drew the visitors level for a second time before Cesc Fabregas struck what proved to be the winner in the 41st-minute.

Chelsea survived a few close shaves towards the end of the contest and Zola felt there was room for improvement.

‘More than a little bit [shaky[, to be honest,’ said the Italian. ‘Especially towards the end.

‘A lot is down to them. They played really well and surprised us, played with a lot of quality.

‘A lot was down to us. The passing wasn’t as sharp as it normally is, and the last 10-15 minutes we lost control. 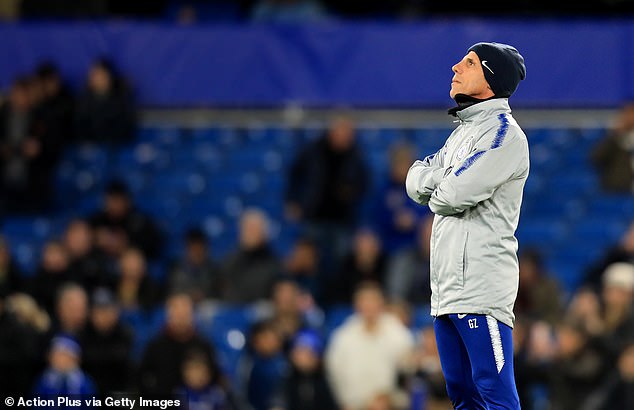 ‘The distances were too far apart, and when you give space to the players Derby have got, it becomes difficult. It was positive in some ways, but others didn’t work properly.’

Chelsea have a home tie with Bournemouth in the quarter-finals.