Steven Gerrard called for lifetime bans for supporters caught throwing missiles after Alfredo Morelos was struck by an object while celebrating a second Rangers goal against St Mirren.

The Colombian star scored in injury time then slid on his knees in front of the home supporters in the west stand as the visitors rounded off a 2-0 success.

What appeared to be a coin bounced off his leg during the celebrations – four days after Neil Lennon was hit in the face by a coin thrown by a Hearts fan at Tynecastle. 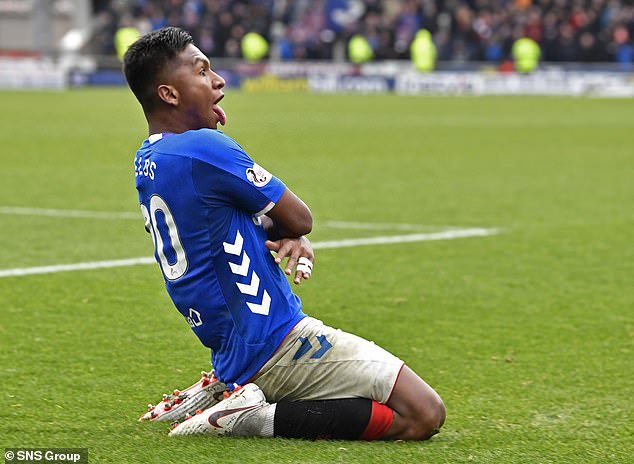 ‘At any stadium in the world, we don’t want to see things getting thrown onto the pitch,’ said Gerrard. ‘And I say that to all my rivals out there as well. It’s not right to throw things from the crowd.

‘It’s not acceptable in any sport. Is it going to have to take someone’s eye to come out or someone to be badly hurt from an object for us to make it stop?

‘These people shouldn’t be at a football match. You just ban them forever. It’s that simple. Then it will stop. If it gets ignored, it will go on and on. 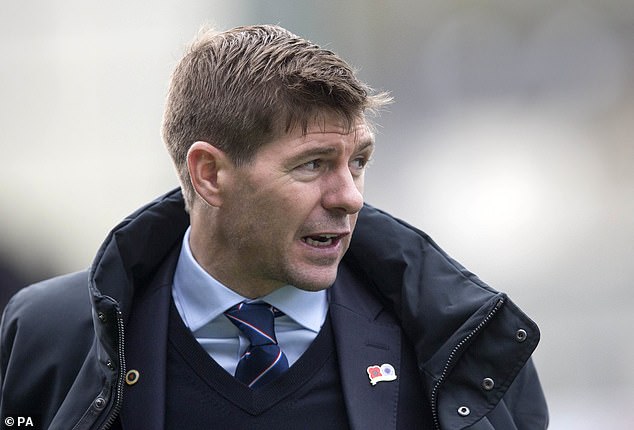 ‘These people shouldn’t be at a football match. You just ban them forever,’ Steven Gerrard said

‘Alfredo didn’t mention it. He gets on with it and just wants to play football. He’s been called up for Colombia. He’s been excellent and he deserved his goal.’

St Mirren boss Oran Kearney had been unaware of the assault which was caught by television cameras.

He said: ‘If that is the case, there’s no place for that in football. Any person who steps inside a football ground should have an entitlement to their safety and the same when they walk out of it again. That’s the bare minimum we can ask for.’