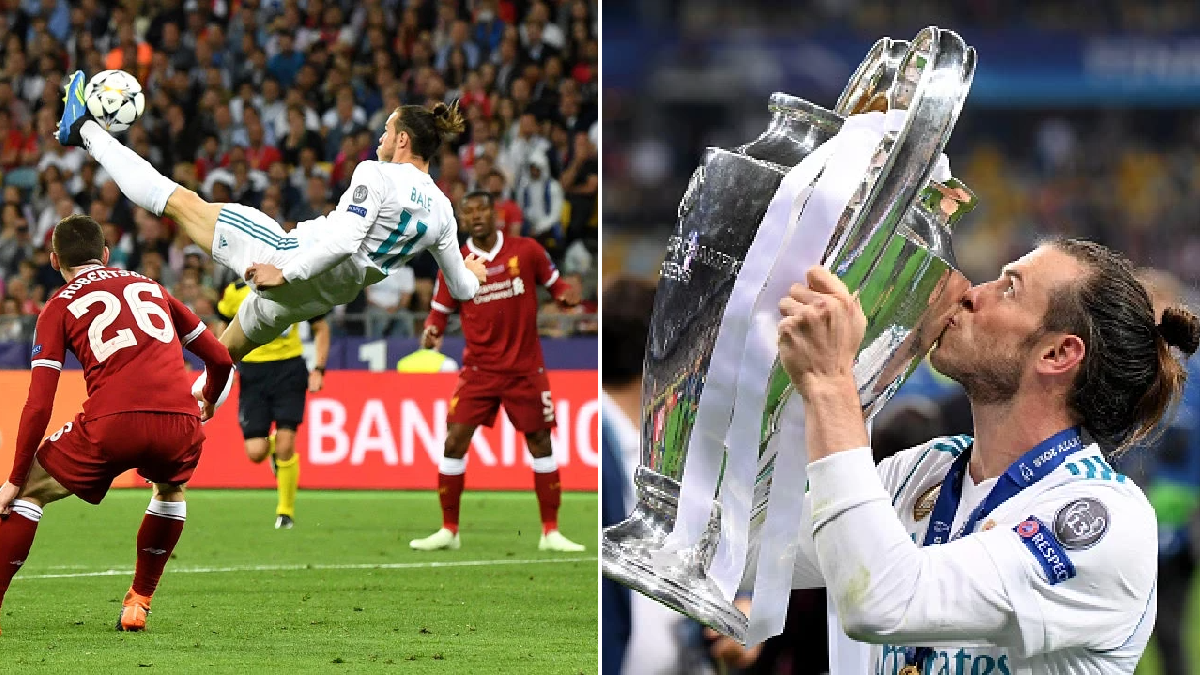 The Wales international has become a forgotten man at Real Madrid, starting just four games this season having returned from a loan spell back at Tottenham last summer.

The 32-year-old will leave the Spanish capital when his contract expires next month having played a key role in some of Real’s biggest successes over the last decade.

The former Southampton starlet wrote his name into history that night with a stunning overhead kick to give his side the lead, sealing the win with a second effort courtesy of an error from Loris Karius in a triumphant 3-1 win.

But the Welshman is in Carlo Ancelotti’s squad ahead of tonight’s final, tweeting ‘#UCL final ready’ as we count down to kick off.

Despite his contribution to Real’s recent successes, Bale has been targeted by Real supporters and the Spanish press in recent years who have aggressively questioned his commitment to the cause.

Reviewing footage of the Champions League final four years ago when Bale scored twice to dash Liverpool’s hopes in Kiev, Liverpool boss Jurgen Klopp was almost lost for words when watching a clip of Bale’s incredible acrobatic effort which put his team 2-1 ahead.

‘People in Madrid don’t love him?’ questioned Klopp. ‘I would love him only for this goal to be honest if I was a Madrid fan. I cannot believe that.’