‘He is happy here, he’s loved, he enjoys his football’: Thomas Frank wants Christian Eriksen’s future to to be decided by end of the season with Brentford boss hopeful of a ‘positive decision’

Thomas Frank is keen to have Christian Eriksen’s future decided before the end of the season after the Dane once again proved key in Brentford’s 3-0 win over Southampton.

The 30-year-old signed a short-term deal with the west London club in January after recovering from the cardiac arrest that saw him collapse during last summer’s Euros.

Since joining the Bees, Eriksen has been instrumental in helping the club secure their Premier League status. They are now 11 points clear of the drop with just two games of their season remaining. 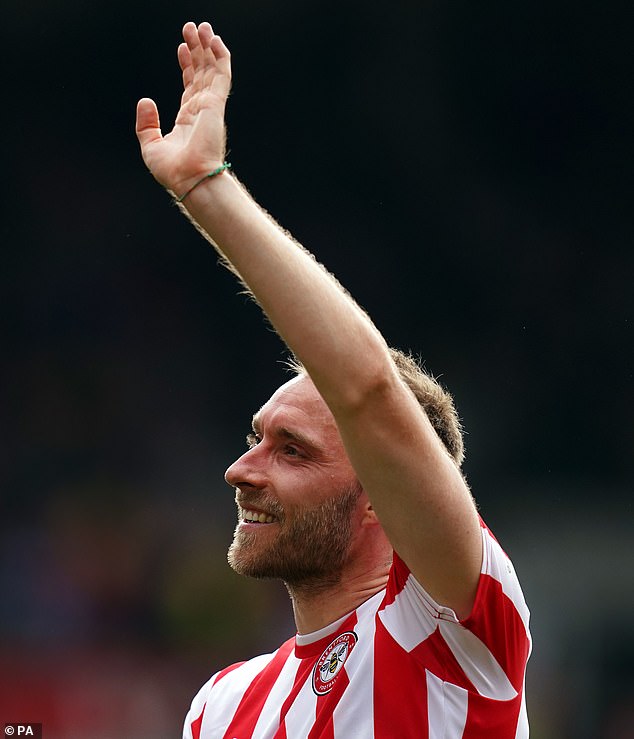 He was involved in the key moments again on Saturday, even if he was only ‘average’ by his head coach’s own admission, supplying the corner for the opener and providing the surging run that brought about the second.

And Frank was quick to stress how settled his star is, despite links with other Premier League clubs, Manchester United and Tottenham among them.

Asked if renewing Eriksen’s contract was this summer’s priority, he responded: ‘Can I do it before?’ 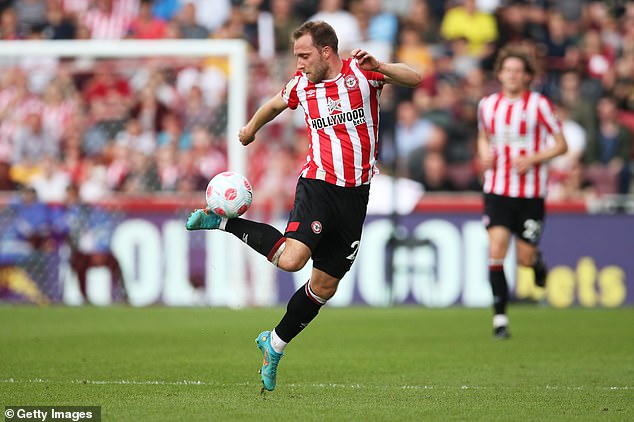 ‘He enjoys his football, hopefully he’ll take a positive decision for us.’

Victory over Southampton moved Brentford on to 43 points. It is the same return as Norwich and Watford combined – the two sides they came up with from the Championship last summer, but who are headed for an immediate return to the second tier.

They face relegation-threatened Everton and Leeds in their final two matches and Frank took the chance to praise his side’s performance throughout the season to get them to this point.

‘I think it’s unbelievably impressive the way we have performed so far,’ he added. 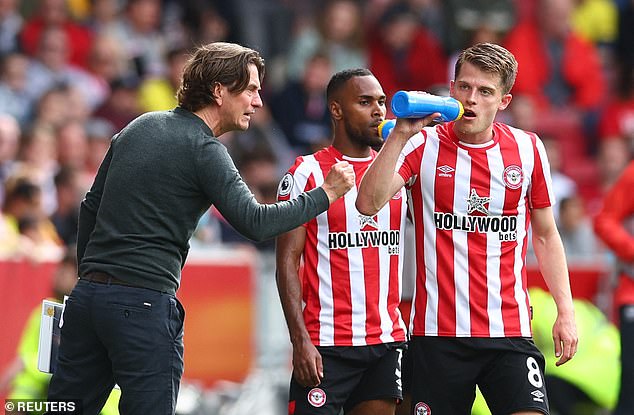 ‘Big credit to the players, staff, everyone involved in the club.

‘Imagine if we are winning the last two, that would be fantastic.

‘I think though that the two teams we are facing is probably the worst we could face beside Liverpool and City because they are fighting for their lives.

‘But we can only focus on ourselves.’ 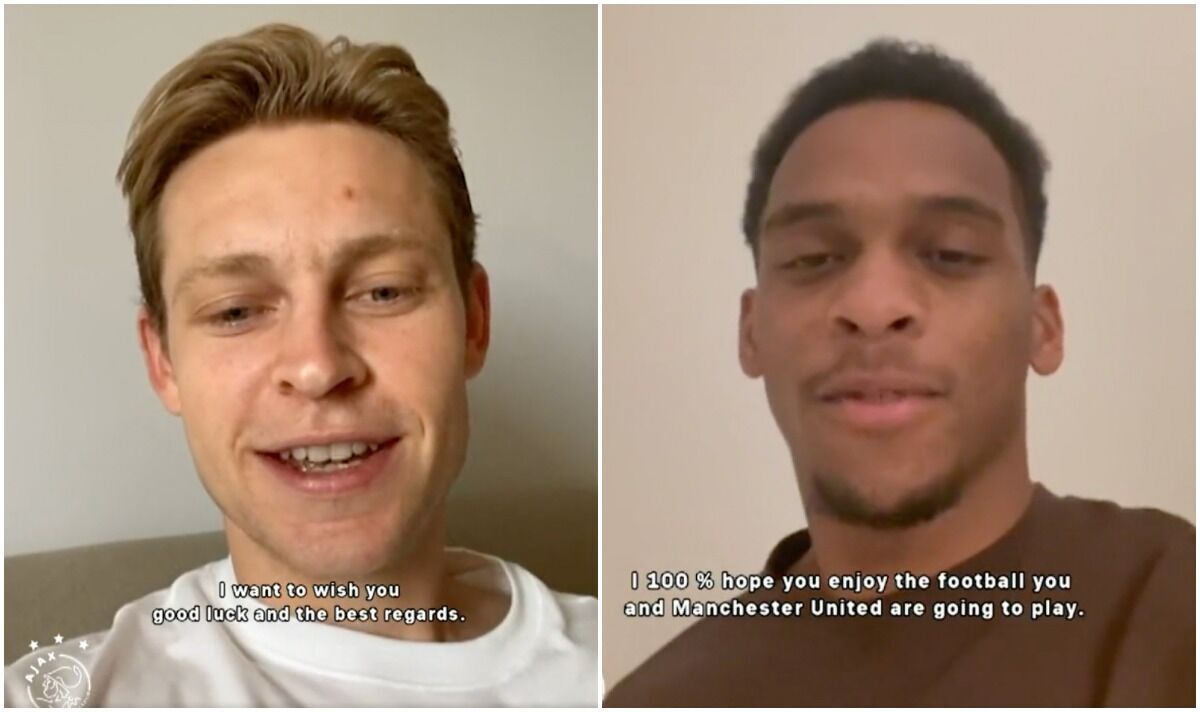