Liverpool’s injury crisis in defence is well-documented, with Joe Gomez joining the likes of Virgil van Dijk and Fabinho on the sidelines during the international break, leaving Joel Matip as the Reds’ only fit senior centre-half unless Fabinho can return for the weekend’s clash with Leicester.

Indeed, Jurgen Klopp will have to think outside of the box to piece together a defence from the options he currently has, with a number of youngsters and fringe figures set to be given their chance.

But with the January transfer window just six weeks away, Liverpool could dip into the transfer market to ease their defensive woes.

And CIES Football Observatory has released data revealing the best aerially-dominant defenders in Europe’s top five leagues. Express Sport looks at four from that list who would be a good fit for the Reds.

Had things gone a little differently in the summer, Caleta-Car would have become a West Ham United player in the summer.

The Marseille centre-back recently revealed he stayed in France to play Champions League football but this is something Liverpool could offer the 24-year-old. 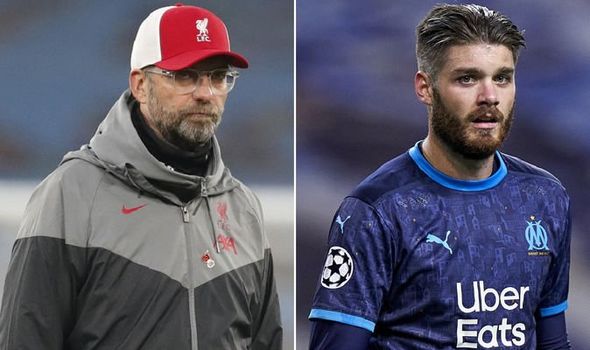 Caleta-Car has won 81.5 per cent of his defensive aerial duels this season and has impressed in Andre Villas-Boas’ side.

At 24 years old, the Croatian would fit Liverpool’s transfer strategy of targeting talented players with room to grow and develop further, although Caleta-Car’s poor form this term may be a concern.

The past two seasons have seen Mings establish himself as a proven performer at Premier League level and a regular figure for England, with the 27-year-old almost certain to be a part of Gareth Southgate’s squad for next summer’s European Championships.

Mings is one of the best centre-backs in the English game right now and has won 83.3 per cent of his defensive aerial duels this season. 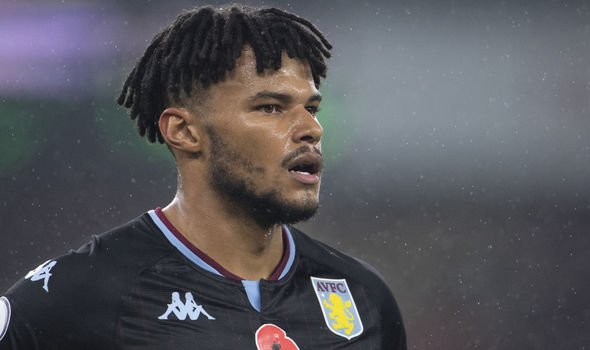 As a left-sided centre-back, Mings would be a deputy for Van Dijk for as long as the Dutchman is out. He would bring aerial prowess to the Liverpool back-line, but Aston Villa would demand a big fee for one of their prized assets.

As a short-term solution, Mings would be an expensive one.

RB Leipzig boast two of the best young centre-backs in the European game right now, with Ibrahima Konate and Dayot Upamecano on their books.

But it’s another one of their defenders listed highest in CIES Football Observatory’s rankings, with Orban winning 81.1 per cent of his defensive aerial duels this season. 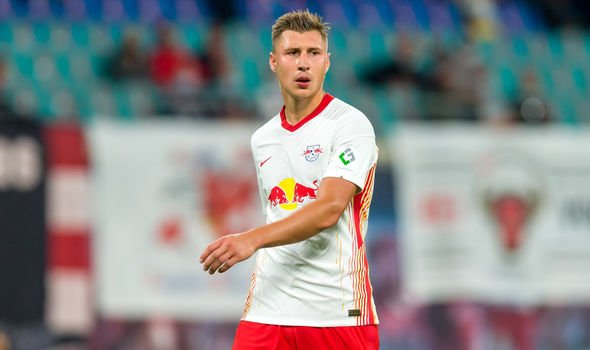 Orban has been a consistent performer in the Bundesliga for a number of years. However, a knee injury saw the Hungarian lose his first team place for RB Leipzig last term.

Nonetheless, he is strong in the air and tactically disciplined. Orban would be a shrewd addition for a Liverpool side in need of defensive reinforcements.

Liverpool receive transfer request with big January call to be made

How Liverpool could line up vs Leicester if Robertson, Henderson out

West Ham failed in a number of bids for Tarkowski in the summer window, as Burnley reportedly rejected an offer of around £30million for the England international, demanding £50m instead.

The 27-year-old is proven at Premier League level and would improve Liverpool’s options.

Tarkowski is the fourth-highest ranked Premier League defender on the CIES Football Observatory list behind only Kurt Zouma, Harry Maguire and Yerry Mina, winning 85.7 per cent of his defensive aerial duels this season.

The Burnley man might be an expensive option, but Liverpool would at least know what they are getting by signing him.