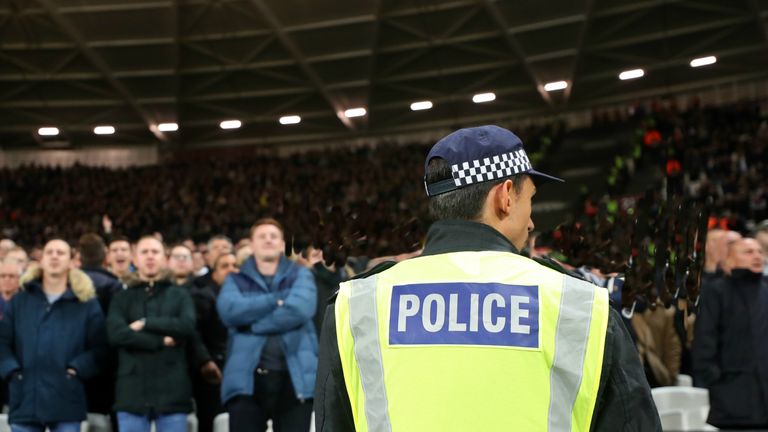 Hammers and Tottenham supporters clashed inside the stadium during the match which Spurs won 3-1 thanks to a double from Heung-Min Son.

Although the Metropolitan Police have not yet confirmed the arrests, West Ham said in a statement two incidents of “pitch encroachment” had led to two individuals being arrested and charged by the police.

It added: “Encroaching the pitch is a criminal offence that will not be tolerated by the club.

“In keeping with the club’s zero-tolerance policy, the two individuals will be banned for life from London Stadium with immediate effect.”