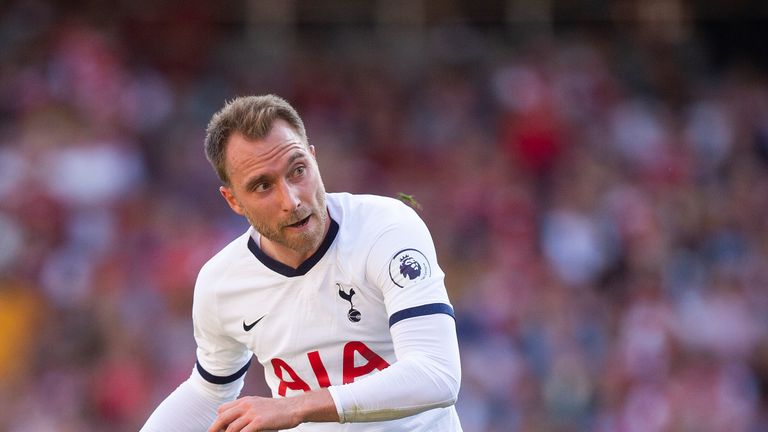 The season might only be a few weeks old but already clubs across Europe are plotting for the January transfer window.

So we asked our friends at Football Whispers to round up all the latest news and gossip from the continent.

Tottenham midfielder Christian Eriksen hopes Real Madrid renew their reported interest in him in January. The Dane has already stated his desire to embark on a new challenge. (Marca)

Spain’s national team coach Roberto Moreno has confirmed the Spanish FA are trying to nationalise Barcelona prodigy Ansu Fati. The 16-year-old, who was born in Guinea Bissau, became Barca’s youngest ever scorer earlier this season and scored his second – as well as assisting another – in Saturday’s 5-2 win over Valencia. “The people of the Spanish FA are working on it to bring Ansu Fati and then it will be the decision of the player,” Moreno told Movistar+. (Marca)

Former Barcelona forward Paco Alcacer says he was treated ‘very badly’ at the Nou Camp during his two-and-a-half-year stay. The Spaniard joined Borussia Dortmund on loan at the start of last season before making the switch permanent in January and, speaking ahead of the clubs’ Champions League meeting, said: “I have respect for many people and many colleagues, as many people at Barcelona treated me very well and others very badly.” (Cadena Ser)

Real Madrid have revealed in their accounts they anticipate their total wage bill to increase by €62m (£55.3m) for the next financial period after a summer in which they made six senior signings and saw players who had been out on loan – James Rodriguez being one example – return to the Bernabeu. (AS)

Milan rivals AC and Inter will battle it out to sign out-of-favour Manchester United midfielder Nemanja Matic this January. The 31-year-old has played in just 89 minutes of Premier League action this season. (Corriere dello Sport)

At one point Juventus’ French midfielder Blaise Matuidi was surplus to requirements in Turin and the Bianconeri were actively seeking to sell the 31-year-old. But things have changed. Now the World Cup winner will be offered a contract extension by the Italian champions. (Calciomercato)

Inter sporting director Piero Ausilio says the Nerazzurri have not opened contract talks with Argentine forward Lautaro Martinez yet despite the 22-year-old’s impressive start to the season. “We are happy with the performance of Lautaro,” Ausilio told DAZN. “The renewal of the contract is not something on the agenda, it is a very young guy who still has a four-year contract with us. We will have time for the contract.” (Tuttomercato)

RB Leipzig forward Timo Werner had looked set to join Bayern Munich this summer with all parties agreeing on a deal. Crucially, though, Bayern’s sporting direction Hasan Salihamidzic did not and the Germany international remained at RBL where he has signed a new contract. (Suddeutsche Zeitung) 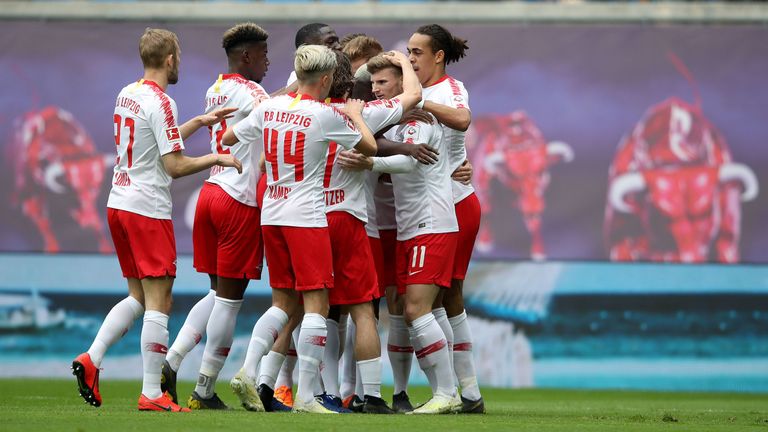 West Ham striker Sebastien Haller had been considered as an option for Bayern Munich but the French forward, who joined the Hammers from Eintracht Frankfurt for £45m, was considered too expensive by the Bavarians. (TZ)

Real Madrid will return with an offer for Kylian Mbappe next summer. The World Cup winner was convinced to remain at Paris Saint-Germain for another season by his entourage but is desperate to join Los Blancos who, with the aid of a €285m (£254m) loan, will have the means to make a deal happen. (Le10Sport)

Monaco’s former Barcelona midfielder Cesc Fabregas says he always felt Neymar’s potential return to the Catalan club was ‘difficult’ to see happening. “I always thought Neymar’s return to Barcelona was very difficult,” the Spaniard said. “Not because Barca, PSG or Neymar didn’t want it to happen, but because it costs too much. Barcelona has made large investments in recent years, they have taken Neymar which has cost a lot and the salaries of the players are very high. I played with Neymar, he is a humble guy, with an incredible talent.” (RMC Sport)